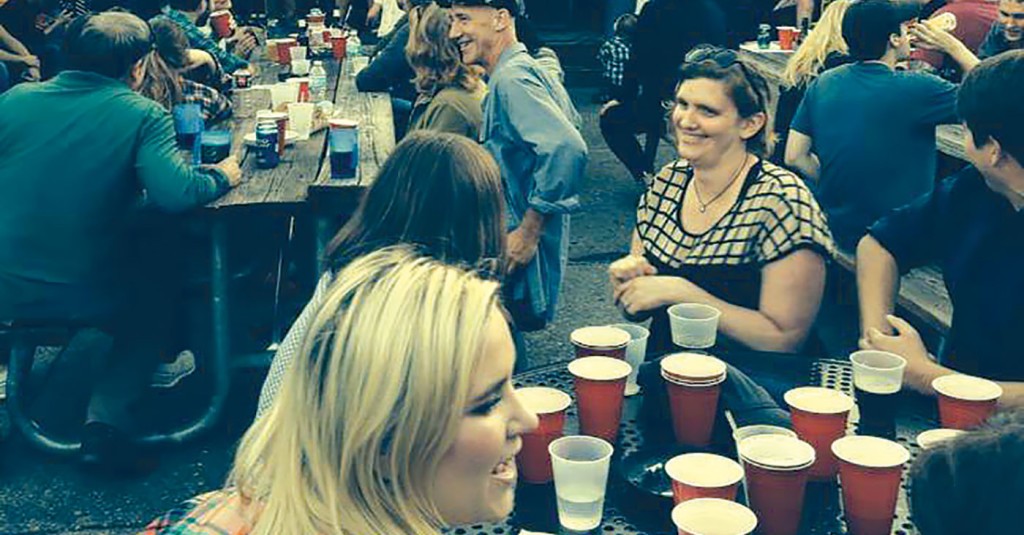 For almost a decade now, Shotgun Fest has celebrated the Germantown spirit. What started off as a small community gathering has expanded into an all-day event featuring bands, food trucks and all sorts of family-friendly fun. Founded by friends and neighbors, Tracy Heightchew and Tandee Ogburn — along with the German-Paristown Neighborhood Association — the festival is a giant block party dedicated not only to the beautiful architecture in the area, but also to the folks that call 40217 home.

“The vast majority of houses in Germantown are shotgun style. After Hurricane Katrina wiped out a number of shotgun houses in New Orleans, Louisville became the number one city for this style of house in the country,” Heightchew says. “The house reflects the history of the area as a working-class family neighborhood, a tradition that continues, even as the definition of ‘working-class’ and ‘family’ changes. Plus, it’s a fun, ear-catching name, though I do have to spend a few minutes each year telling gun dealers that this isn’t that kind of fest.”

Like Germantown itself, the festival has evolved since its inception.

“The first few years, the festival was held in June until we finally got smart and moved it to the fall and away from the 100-degree days that the first years were cursed with,” Heightchew says. “This year we are at Eiderdown, which will be the fifth location where the festival has been held in nine years. We like the idea of moving around to mix things up and showcase different locations in the neighborhood.”

She continues, adding, “The majority of people I talk to at Shotgun Fest have been coming for years. A lot of the feedback I get is that they really enjoy its laid back atmosphere and trust that the music will be good, that their cup will runneth over and that there will be something good to eat. At times, we’ve considered trying to pump the festival up — to make it bigger and badder — but really, I think the shape of the festival as is works well for the neighborhood. And why tinker with something that is working well?”

There is an eclectic line-up of Germantown-related bands like Brenda (who open the show) and Rude Weirdo (who close it) as well as plenty more ways to spend your day.

“There is affordable art including shotgun house-inspired wares, collages and crafts,” Heightchew says. “Local businesses and organizations will also be on hand so that people can learn more about what’s happening in the neighborhood. Eiderdown will have a special menu for the day along with the Hole Mole, Café 502 and Hi-Five Doughnuts food trucks. Bring the kids, we’ll paint their faces and get them dancing. The weather should be nice, so don’t go through the pain of finding parking and just walk over. Even if you’re from the wrong side of Eastern Parkway.”