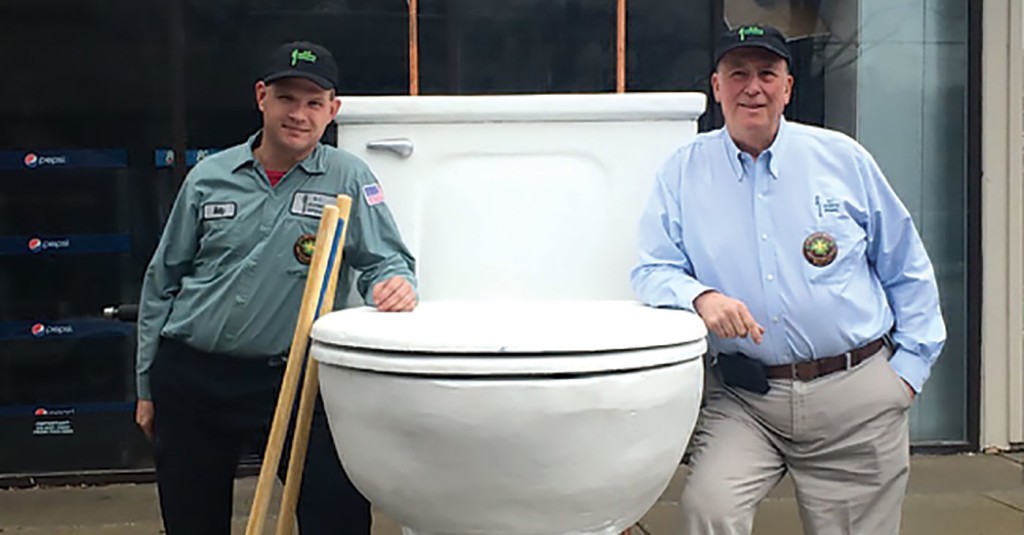 It isn’t all that common for someone to graduate college with a bachelor’s degree in mathematics, but decide they’d rather be a plumber. But Bruce Cohen, owner of BC Plumbing isn’t your average plumber.

“I had a choice of either becoming an actuary at a bank or staying in the plumbing field, which I had been doing as a summer job,” said Cohen. “It was a tough decision, but I liked using my hands, and I liked the creative problem solving in plumbing.”

And that’s what makes Cohen different from all the rest. Where one person might see plumbing as manual labor in loose fitting pants, he sees a trade where you get to solve complex puzzles and be creative. But he had to admit it was a bit of hard sell at first.

“Occasionally it was difficult when I went to family get togethers and people would say, ‘I’m an accountant,’ or ‘I’m a business guy,’ and I’d have say ‘I’m a plumber,’” said Cohen. “And when I went to work I got made fun of because I had been to college, I had long hair and I carried around a little book and would take notes all the time.”

But Cohen said he quickly got his master’s license, and was promoted to a superintendent position, until he lost his job in the 1973 recession.

“I couldn’t find any work, anywhere,” said Cohen. “So when my unemployment and food stamps were about to end, I decided to put an ad in the paper, and do whatever little jobs I could.”

“When I first moved here, I was looking for a place to live. So a friend drove me down 3rd Street, and said, ‘This is the poor part of town. You can get a cheap apartment here,’” said Cohen. “I’m from South Philly, so I’m looking at all these mansions like, ‘What are you talking about!’”

Over the years, Cohen has become an advocate for Old Louisville, and he continues to invest his time and energy in the historic neighborhood by renovating a few houses when he can, maintaining a community garden and participating in any meeting that will have him. He also he continues to work outside the box when growing his business, doing things most local trade businesses wouldn’t even consider, like investing in Google Glass for all of his employees so that they can all tackle difficult problems together.  And as for the stigma he felt came with being a plumber at first, he said he overcame that a long time ago.

“I can actually say, ‘I’m an entrepreneur,’ or I can say, ‘a businessman’ and I’ll get a certain response or reaction,” said Cohen. “But I like to introduce myself as a plumber, and people look at me like, ‘What the hell are you doing here?’”