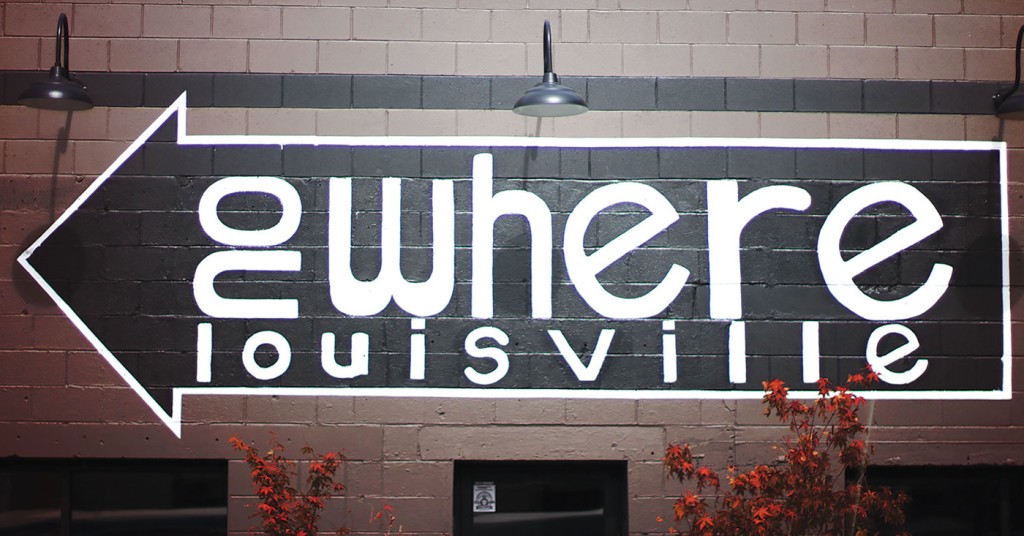 The Highlands is a magical place where everyone is free to let their freak flag fly, and Dave Mattingly loves it, which is why he set out to embody that Highland spirit when he opened Nowhere Bar.

Mattingly said he sees all walks of life come through the doors of his bar, from a 87-year-old friend who hits the dance floor from time to time, to UofL cheerleaders and football players, and that’s the way he likes it.

But Mattingly is relatively new to the bar biz. Originally he started out in real estate, but after about a decade of that he said his midlife crisis came in the form buying his first bar.

“I got bored of real estate,” said Mattingly. “But I always wanted a bar, and I knew the location I wanted was open so I thought, ‘Do it now or never,’ so I did it.”

He said jumping into an industry with no previous experience was definitely nerve-racking, especially when you need approval by two very vocal neighborhood associations. But Mattingly, a long time resident of the Highlands, knew what would make a good fit for the area.

“I said we would never do an outdoor space back by the alley, because there are residents behind us. I said we would take the building and make it something great, which we did. And I said it would be a part of the community, which it is,” said Mattingly. “And to my surprise we ended up being the only non-protested license from the Cherokee Triangle and Tyler Park neighborhood associations.”

But when you listen to Mattingly talk about the Highlands, his community acceptance comes as no shock. The co-founder of the Pride Festival, who is also active in politics, who also flips houses in the Highlands when time allows, is surprisingly “very pro Highlands.”

“I love NuLu, I love Frankfort, but I rarely get a mile outside of this neighborhood,” said Mattingly. “I spend all my money in the Highlands on local business because I’m all about keeping it local.”

And soon (sometime in March), Mattingly plans on adding another locally owned business to the neighborhood, Somewhere Restaurant.

The menu isn’t public knowledge yet, but if it’s anything like Nowhere Bar, it’s sure to be a perfect Highlands fit.