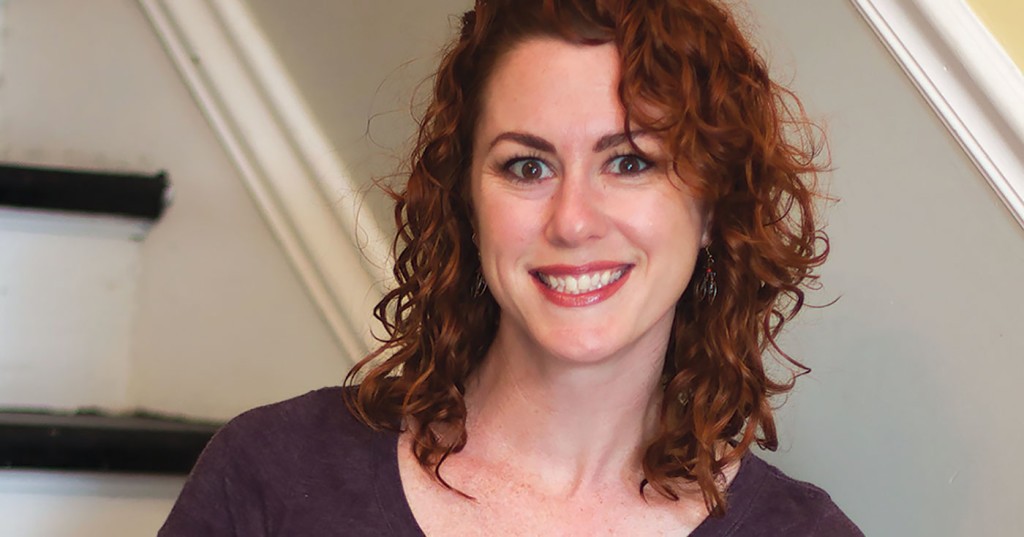 Growing up, Emily McCay (aka The Diaper Fairy) did not expect that her life’s work would involve millions (yes, millions) of soiled nappies. However, her concern for the environment throughout her life and as she became a parent, opened a path for her to create a business that saves the planet and promotes wellness for little ones.

“I had been a lifelong environmentalist and because I had such a great experience with cloth diapers, I just became a natural advocate.”

When McCay became a mother, she was living in St. Louis with her husband Dave. Both worked outside the home. She knew that she had to find a planet-friendly solution in her role as a parent to daughter Camille, and cloth diapering seemed an easy, economical and savvy way to reduce her carbon footprint.

Understanding that she had little time to actually care for the cloth diapers, she enlisted the help of a diapering service and loved the experience. When her family moved back home to Louisville, she was shocked to learn that the city did not have a diaper service option.

Luckily for McCay, Camille was potty-trained and no longer needed the service. However, McCay wanted Louisville families to have an option similar to the one that she had in St. Louis. “I was looking to fill a niche that was an unmet need,” says McCay.

Coming home to Louisville was a tough transition. McCay was worried about leaving her support system of friends in St. Louis and returning to a city that she knew, but felt disconnected from, after having lived away for so long. Starting her businesses solved this problem in a big way.  “I am so surrounded by friendship and support through what I do, it feels amazing and I’m able to do it for my job. I am exactly where I need to be and had no idea that this is where I’d end up,” she beams.

Others have attempted offering similar services but McCay feels that her ability to develop a special bond with her customers has allowed her business to prosper where others haven’t been as lucky.  “We really work, before we even deliver diapers to a family, to educate and answer any questions that they have. After the babies are born, we go back in and do an in-home consultation. It gives us a chance to establish ourselves as a resource. Our customers don’t feel like we are just dropping off diapers. We are very hands on.”

McCay has learned a few lessons running her business. One bit of advice she offers for other prospective entrepreneurs is, “Don’t be afraid to network and don’t be afraid to hand something off to someone else if they are better at it than you are.”