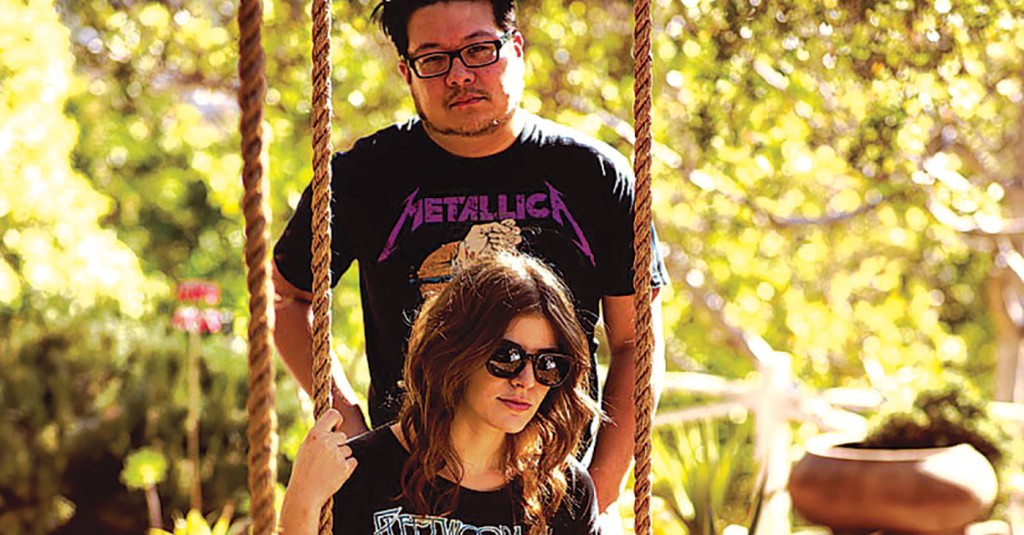 Best Coast, the band responsible for the garage-pop perfect “Boyfriend,” pushes for a less-filtered sound on this year’s “California Nights,” as Bethany Cosentino throws her voice upfront and Bobb Bruno increases the quantity of his guitar solos, turning their breezy, sun-soaked tunes more open-ended and free. With the release of their third album, Best Coast once again locks into a singular sound while exploring various sonic avenues. Cosentino, who does most of her songwriting at night, tributes a huge influence (besides her orange tabby, Snacks) in the dreamy standout title track. The remaining 11 sound like pop-punk pick-me-ups — self-assured and slightly slurred, concise stanzas with big hooks and Bruno coming in like the tide to whisk it all away with ecstatic guitar solos.

LEO caught up with Cosentino during tour preparations, which she says consists of being “a serious homebody.” It’s a very chill period of time when friends visit long enough for a Netflix movie and glass of wine. “That’s the extent of my social life at this point and I’m quite happy with it,” she says. After some brief exchanges, we got down to what’s really going on with “California Nights.”

LEO: “Feeling OK” and “Fine Without You,” they’re like personal mantras in a way. You can say the lines to yourself. I found myself doing that lately.

Bethany Cosentino: Yeah, I always write in a way where it’s almost like journaling, but I do it to songs. I don’t feel the need to write very deep, poetic, metaphorical lyrics. I feel like when something is really direct and really personal — but it’s also something that’s relatable to people, not just myself — I think in doing that, there’s something really special. And it can be very therapeutic, not only for me as a writer, but also for my listeners. They can listen back to lyrics and relate it to a part of their own life. I try to keep things sort of open-ended … A song like “California Nights” isn’t going to be as relatable to every person, as a song like “Feeling Ok” would — or “When Will I Change?” — and these ideas of self-doubt, and trying to talk yourself back up to a point where everything’s gonna be fine. But I think we can all relate to that feeling. Anybody who says they don’t feel that way is just a liar [laughs]. We all go through ups and downs. It’s part of being a human being.

LEO: Or the song “Jealousy.” It’s like a challenge to haters.

BC: You don’t even have to be “famous” to have haters. Everybody experiences some form of hate that comes at them for absolutely no reason. I’m a victim of it, but I’m also guilty of it as well … I wanted to just write a song that addressed not only experiencing it — being bullied, or hated upon — but also to remind yourself you can’t judge people straight off the bat. If you’re going to put the energy into hating somebody, which we all know hate is very strong and it does take a lot of energy, you need to have a legit reason before you can validate that feeling. So, it was a reminder to myself: Don’t judge anybody because you never know what people are going through behind the scenes.

LEO: What is your favorite from this record to play live?

BC: Right now, my favorite to play live is “When Will I Change?” because we have this long outro part to the song, and we jam it out a bit on stage. It’s fun for me at the moment, to step outside of being the upfront pop-singer front woman girl to this hair-flipping and raging on guitar, which is not something that we’ve ever really done in Best Coast before. And I know Bobb especially likes to do that because he comes from listening to a lot of metal.

LEO: Best Coast has a lot of young fans here who are also musicians — do you have any words of encouragement or advice to share with them?