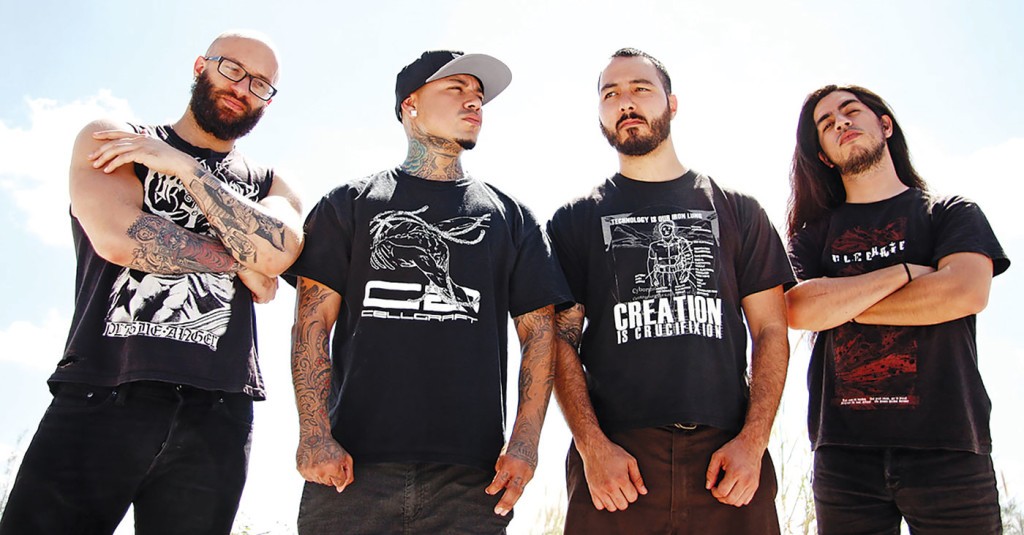 Through the course of their career, Florida-based metal freaks Maruta developed a reputation for being one of the most original bands in grindcore. They recently released their third full-length, “Remain Dystopian,” which has received a lot of positive press and further cemented that status. Before the band rolls through Louisville this week, LEO spoke with vocalist Mitchell Luna to get the scoop on all things Maruta.

LEO: What exactly does your album’s title, “Remain Dystopian,” mean?

LEO: Does the dark nature of your music reflect who you are as people?

ML: I definitely say it does. I guess mankind is viral, you know.

LEO: Do you think humanity is doomed?

ML: I really don’t know. I’d hope we aren’t. I think it will take an even bigger catastrophe for us to realize how much we fucked up. We put conveniences ahead of what we should be doing.

LEO: What’s the most obscene thing you’ve witnessed at one of your shows?

ML: At Obscene Extreme Fest in the Czech Republic, I saw the most flaccid penises I’ve ever seen at a show in my life. At one point, there was a dude who took a shit in the middle of the moshpit and flung it at people.

LEO: If your music was a drug, what would it be?

ML: If grindcore was a drug, it would probably be an upper. It would be meth, probably.

You can catch Maruta at the Downtown Spinelli’s location on Friday, Sept. 25. Tickets are $10. Doors open at 6 p.m.