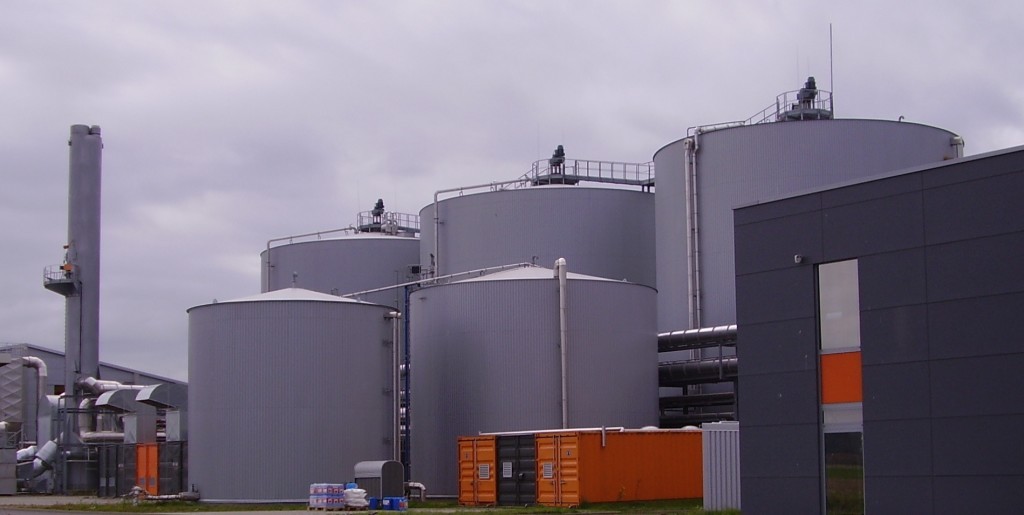 LEO spoke with Ray Barker (aka Sir Friendly C), who organized the activist group STOMP (Standing Together Opposing Methane Plants), about the proposed digesters and West Louisville’s growing opposition to them.

First off, I heard that your nickname is “Sir Friendly C.” How did you get that nickname?

My call to fame when I was an LMPD officer was that I had a mentoring program, which ran for over 20 years. And what made it so unique was that I took the kids that everyone had given up on, kids that were tied up in court, kids that were failing out of school. And as a result of that we got a lot of success stories. Those kids ended up becoming lawyers, police officers and just a lot of success stories. But that’s how I got the nickname; it’s from my years of working with the kids.

What inspired you to get involved with this issue of the proposed anaerobic digesters?

My main focus has always been on the kids. And when I went by the location, to visualize this methane plant, I could not for the life of me imagine who would want to build a methane plant between two elementary schools. You’ve got Roosevelt Perry Elementary School north of the plant and Wheatley Elementary School south of the plant. To put something, with the potential to be that dangerous, just a few blocks away from two elementary schools. It just doesn’t make sense. And in West Louisville, it’s no secret that we have an issue with young kids and guns. So paint this picture in your head: You have these big silos, that are airtight and filled with methane gas. What’s preventing these knucklehead young men and women from one day, say two o’clock in the morning, taking potshots at these silos. Because this is an urban area that’s a real situation. If one bullet hits that thing the right way, you’d have a disaster. And that’s another example of them not taking the human factor into account. They’re thinking about mone. We’re thinking about safety.

So you disagree with Nature’s Methane, who claim these digesters will be 100 percent safe?

The methane plant is a different sort of energy and I get that, and I’m not against the innovative use of the food waste that would go into the digesters. But what I am against is the location of this methane plant. As a father of four, whose kids went to Jefferson County Public Schools, if my kids were going to one of those schools right now, and that plant went up, I would not let my children go to that school. I mean in the middle of this methane plant there is going to be a big ol’ flamethrower burning off the excess methane gas. Can you imagine the kids from both of these schools will have to go outside and see this? That doesn’t look very environmentally friendly to them.

Is your main concern the potential for these digesters to malfunction and cause an explosion near these children?

Yes, but another concern of mine is this: They claim that the methane coming from these plants is 100 percent safe. But these kids, whose lungs are not fully developed, are going to be breathing in whatever fumes are coming from this plant. And they can’t know the full effects of how these fumes are going to affect these kids over the years. This methane plant is not as clean as they want people to think. Right now 60 percent of the food waste that is going to be piped into these digesters is going to come from Heaven Hill. But that means 40 percent of the food waste needed will have to be trucked in through West Louisville. And I would hate to live in that neighborhood when those waste trucks have to ship in all that food waste.

Do you believe Nature’s Methane is sincere when they say that they would take all the necessary precautions (sealed delivery trucks, air filtration of the plant every 20 minutes and no storing of food waste on the site) to make sure there was no impact on the surrounding community?

I believe these are good people, with my background as a police officer, I believe in order and that these are good people and that their intent is honorable. But having said all that, this is still the wrong place. When you’re in a house, and you’re cooking something, the aroma is all through the house no matter where you are. So despite their best efforts to try and smother the smell, they aren’t going to remove it 100 percent. Some odor or something is going to get out, and that’s what these kids are going to be living with.

What can people do to protest these digesters?

Well, they can contact their council member and the mayor about it, but also on Sunday, September 6, at 2 p.m., there will be a peaceful demonstration at 17th and Maple, which is the proposed site of these three digesters. We will be taking some inspiration from the Boston Tea Party of 1773 by staging our own tea party with Heaven Hill products. And we will also be making a formal announcement to our mayor, who has been supporting this, to try and sway him to support West Louisville’s opposition to this.

Speaking of Mayor Fischer, he has spoken out a lot recently about revitalizing West Louisville. Why do you think he is supporting this so strongly against West Louisville’s wishes?

That is one of the question we will be asking at the protest. As of this interview I have sent an email to his office because I want to hear from him directly. I want to know what is the vision that he sees and why does he think this is good for our community. Because for me, I compare this methane plant to a nuclear plant, both of them create alternative energy, but both of them have the potential to be dangerous.

Where would you like to see these digesters relocated?

The only way I can see it staying in West Louisville is if they want to relocate everyone out of that area. If they want to make that an industrialized area than that’s fine, but let’s move the schools, let’s move the residents and then that can just be an industrialized area. The whole thing doesn’t make sense when you could build one of these digesters out by the landfill, where you have as much food waste, as you could want. And as much methane as you could want. And nobody would be in harm’s way. But then you don’t have Heaven Hill making money off of their food waste.