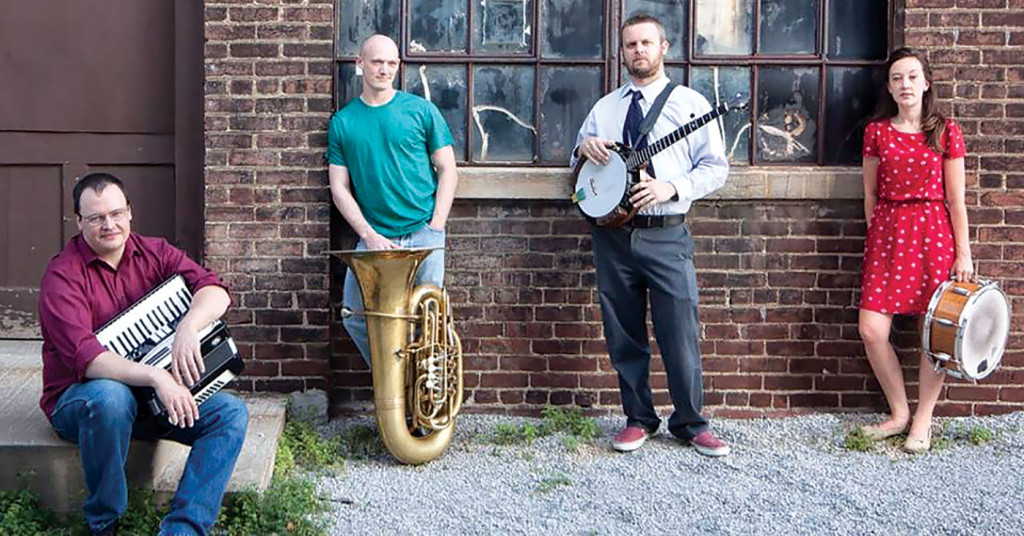 Now in its second year, the Outsized Influence Festival — a display of Bellarmine student and alumni talent — returns this Saturday. A free event, the festival serves as a showcase of the varied artistic skills of the constituent student body of the university, manifested here by some of the best, most refreshing bands to grace a stage in town. You can expect student art, tasty cuisine from some of the finest food trucks around, and a lot of good music. With so many bands to choose from, where do you start?

Long has King Kong flown their freak flag. Stalwarts of the party punk scene, there is an undeniable energy to what they do, a kind of sweaty funk perfect for getting down to, which is likely why the band has played so many Derby-related events over the years. They’re just fun. That isn’t to say that the music isn’t superlative, as it is obvious that there is a clear affection for their subject matter, be that the city, or the inhabitants therein.

For something a bit more unconventional, look no further than Squeeze-bot. The band plays a hybrid of prog-rock, bluegrass and polka for something that’s truly unique and electric in a live setting. There is a lot going on with their music that makes it easy to dig into, whether it’s just a good solid hook or a perfectly-picked cover tune. They are joined on Saturday by the ever-enigmatic Bonnie Prince Billy, so you’re bound to see something interesting.

It’s undeniable that one of the most exciting sets at the last Forecastle was the Dr. Dundiff and Friends set, which saw Louisville’s hip-hop elite absolutely crush it on stage. The Steasy Squadron is set to bring that same energy, as a cast of some of the finest Louisville emcees are scheduled to join forces with some up-and-comers. The Squad features the always-awesome Shadowpact, Kogan Dumb, Bonez and Sloe Pink.

Indie-rock quartet Ed Monk has made some waves recently with the release of their self-titled full length just this last May. The band play a moody, if imminently danceable style of indie alternative that calls to mind bands like Interpol or Franz Ferdinand, albeit with the summer cool of bands like Ty Segall or Tame Impala. This is solid pop music that isn’t saccharine or trite, but a treat to listen to, yielding new nuances with each repeated play.

There is an undeniable groove quality to In Lightning’s music that makes them a blast to listen to live. It makes sense then that the rock ensemble, who have performed as part of their own summer concert series in the Highlands, is playing this weekend. An instrumental group, the band play a kind of rock-infused funk that remains light-hearted and easy to listen to, while offering a lot for music nerds to dig into. These are some talented folks and they have the chops to back it. •