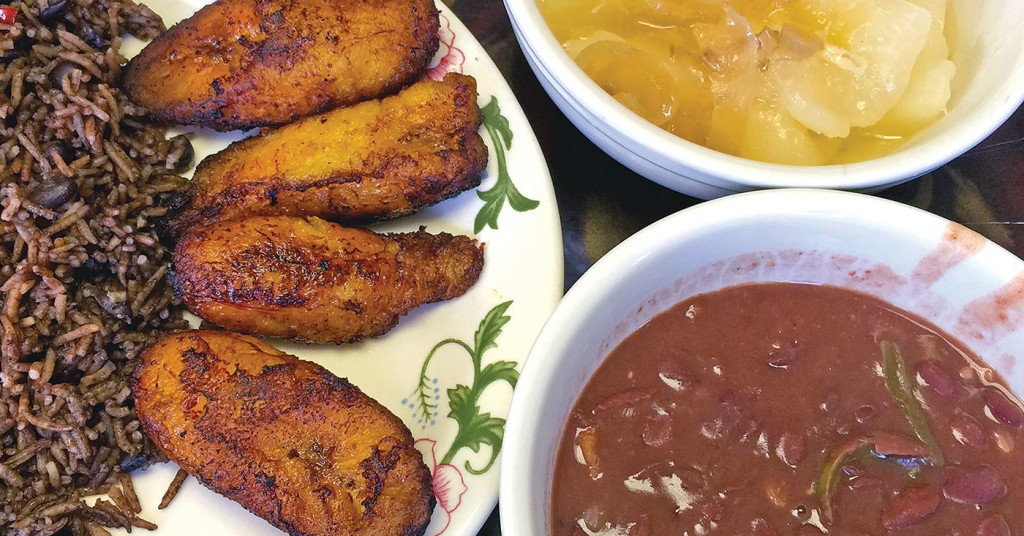 Here’s the deal: I really, really want to go to Cuba, and I’d like to get over there before it turns back into Vegas South, which — so I’m told — is what it was more than a half-century ago, when my grandparents used to head over there just for fun.

We quickly clamped down. Urged on by wealthy refugees, we placed this beautiful island full of friendly people under a trade embargo arguably more harsh than the treatment we would later deal out to Iraq and Iran. Who could blame them for buddying up to the Russkies, once we took our pelota and went home?

Now, though, times are changing! Thanks, Obama! But they’re not changing overnight. According to a recent CNN report, we can fly directly to Havana now, but you can’t just jump on Delta-dot-com and burn a bunch of miles to get one.

But wait! It gets worse. There’s no AirBNB, no ATMs, no AT&T data plan, and, for all practical purposes, no Internet … or so CNN reported last month. Nope, it’s not going to be a week at a fancy resort. But it could be fun, and a great way to brush up my Spanish skills, and I really want to do it.

For now, though, I can still eat Cuban food in Louisville, so there’s that. Havana Rumba is the city’s iconic Cuban eatery, but we have a handful of alternative Cuban choices.

But wait, again! Just as our local taquerias may offer a more sharply focused picture of real Mexican cuisine than some of the fancier Mexican spots, how about smaller, Cuban-for-Cuban spots well away from the usual restaurant rows?

You bet! We headed straight for the South End, a neighborhood that somehow over a generation has turned from a white bread scene into one of Louisville’s more vibrant immigrant communities.

On Woodlawn Avenue, the classy Beechmont neighborhood’s vitally multi-ethnic main drag, there’s a small, newish Cuban eatery called Yoli’s Cafeteria. I’m told that Yoli’s comes close in style to a paladar, one of the hundreds of privately owned restaurants that operate just under the radar all over Cuba. Mom-and-Pop  (madre-y-padre?) businesses, paladars are about as down-home as it gets, offering simple fare of the people, cooked up in Mom’s kitchen and served by Pop in the living and dining room.

Yoli’s is not quite as homey as a private residence, but it comes close: It’s located in the little Woodlawn storefront that old-timers will remember as home of the old Tangerine Grill, which famously advertised “Worst Food In Kentucky” but proved that a falsehood for a generation or more with pretty decent diner fare.

Now Yoli’s is doing something similar, with a Cuban accent and no self-judgement. It’s still homey, though, a simple room decorated with offbeat pictures that look like they might be Cuban “outsider art.” A cafeteria line at the back was empty when we dropped in for a late lunch, but a friendly, fully bilingual server took good care of us with table service.

The menu is simple, divided into vertical columns for each day of the week, which seems well organized, although I noticed that the same items were pretty much available every day. Choose a meat — steak, chicken breast or fish (“kingfish”),  shredded beef (ropa vieja), or pork (lechon asada), then fill the table with, depending on each day’s availability, white rice or rice and black beans (congris); black, red or white beans, Cuban-style spaghetti with meat sauce, casava (yuca) and maduro (fried plantains).

We got a generous bowl of the pork and then loaded on just about all the accompaniments. The pork had been cut in good-size cubes and apparently roasted — or possibly simmered — for a long time, until the braising cut was falling-apart tender.  It was basic pork, juicy and mild, but we may be a bit spoiled by the more traditional approach to lechon asada at Havana Rumba and South Florida favorites like El Sibouney in Key West: We couldn’t detect any of the intriguing “mojo” — citrus and aromatic spice — that we’re used to finding in Cuban pigmeat.

The sides were uniformly well made, too, if consistently what I’d call “mild” in flavor; perhaps that’s why the tables are equipped with A1 Sauce and Frank’s Red Hot in addition to salt and pepper. Fried plantains were crisp on the edges, creamy within. Yuca gained from a few onions and dash of tart mojo sauce. Black beans and rice were perfectly prepared and plentiful, and a bowl of delicious, warming, soupy red beans could have made a main dish for me.

Curiously, the menu didn’t show prices, but I knew these would be cheap eats. Indeed, lunch for two, including a demitasse of strong, sweet Cuban coffee, came to just over $20 plus a $5 tip. •