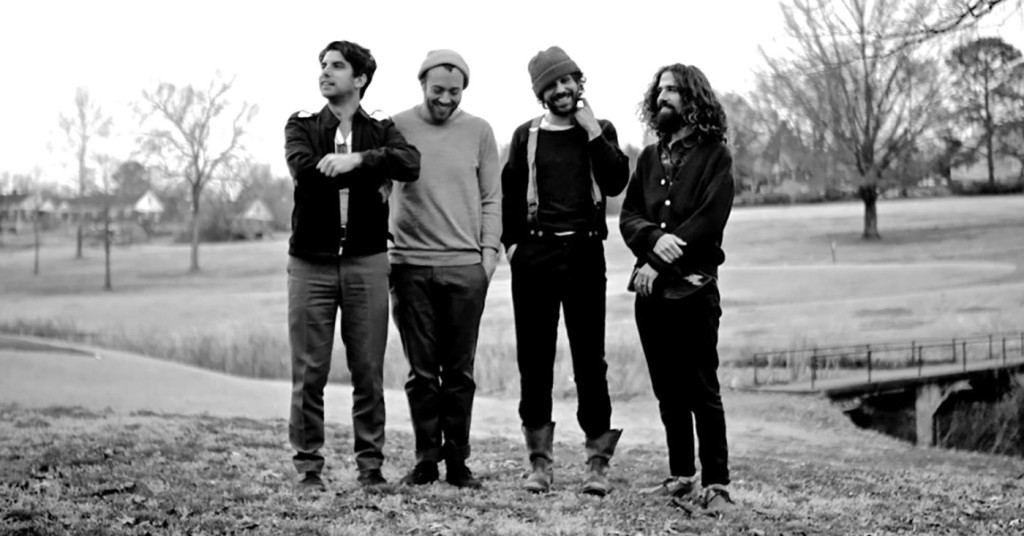 Sean Scolnick is a singer/songwriter from Langhorne, Pennsylvania, who has been performing and releasing albums under the name Langhorne Slim for over a decade. He began his musical career in New York City and gained national attention in 2004 when he released his first album, “Electric Love Letter,” on Narnack Records. His seventh studio album, “The Spirit Moves,” was released August 7 on Dualtone Records to critical acclaim. Langhorne Slim and his band The Law will perform Thursday, August 20, his 35th birthday, as well as the second anniversary of his sobriety, at Headliners Music Hall. LEO spoke to Langhorne Slim over the phone during the west coast leg of his tour.

LEO: Hello, Sean! I gotta tell you, I’m calling from the side of a mountain in Kentucky.

LEO: My girlfriend and I planned on going on vacation so we were driving through the mountains of Eastern Kentucky when we got the call that you could talk.

LS: Well, I don’t want to take up too much of your time and you can get back to your trip. What happened was, I lost my voice a little on the tour.

LEO: Oh, it’s no problem, we found this little church on the side of a mountain with a picnic table so we’re all set up. She’s reading a book.

LS: That’s great! I feel like that’s one of the more romantic places an interviewer has interviewed me from.

LEO: I got to be honest, we are on our way to a place called Dinosaur World, so had we made it on time, the interview would have taken place from there.

LS: Next time! Next time from Dinosaur World.

LEO: It’s unfortunate that your voice is going out right when the record comes out and you are on tour and I’m sure everyone wants to talk to you. I don’t know if you’ll remember, we have met a little more than 10 years ago at the Asterisk Gallery in Bushwick [Brooklyn, NY].

LS: I remember it deeply. To me, growing up in a little town in Pennsylvania, I had trouble in public school. I had an opportunity to go to an artsy kind of hippie school in New Hope Pennsylvania and that was the first time I found some like-minded people and that was a saving grace. Moving to New York at the age of 18, you realize there are other freaks out there. It is very calming to the soul, feeling like you’re not alone.

LEO: We all thought you would explode back then. You were the talk of the town, but it has taken a while for the wider audiences to catch up with you. I was wondering how that road has been and how that has shaped you as an artist, to slowly come up versus a quick ascension?

LS: I’d be lying if I said I never thought about it. I don’t spend a lot of time thinking about what my life could be like or should be like, when comparing it to others. I got into some negative territory with that. And I’ve dealt with that in my life but I’ve also realized that what it was doing to my energy, my thoughts, the feeling in my soul, to wonder why others were maybe getting ahead quicker or why certain things were not panning out, but then I would realize I was living my dream.

I have found, on the journey I have been on, that the truer that I get with myself, the more of myself I can reveal and the deeper I can connect with the music. Maybe if it had happened so much more quickly maybe I would have been a little more content. I don’t know if that’s true. I think that without the past I wouldn’t be where I am at now. Of this last record, I feel deeply proud of the music and I know it’s coming from a true place. And that’s what I have been trying to get at my whole life, a true connection to the soul, which is a universal soul I believe.

Music to me is the closest to God that I have felt, if you want to call it that, through performance and through the expression of writing, and that’s the highest I have come from when I was drinking copious amounts of booze and taking copious amounts of drugs. Nothing ever got me closer to the real feeling than music. And that continues to be true now. I’m coming up on two years sober, and when I’m back home in Nashville, where I live now, I go to bars almost every night because the music is so good out there, and drink club soda and let the music take me over.

LEO: Congratulations on two years sober. I myself am sober. I have found that walking away from drugs and alcohol has helped me connect better to my craft.

LS: That’s what I found and almost immediately. I think a lot of artists and musicians are prone to getting into all that shit. I think it can ease something to open something in a creative way. The problem that I got into is that I got reliant on that feeling. I always had stage fright. I can be an anxious guy and that can mask the real deal. This record is an honest record of where I have been in the last few years being sober.

The months of getting sober were physically challenging and mentally weird. All types of weird. But almost immediately I felt I was in a better place. The scary thing for me as I think it is for a lot of artists that have struggled with all that stuff, is that I hadn’t wrote a record since I was a little kid totally sober that I wasn’t at least a little drunk or on something. And so, to see what I was really made of, I had a lot to prove to myself on this record.

LEO: Right. You don’t have that safety net anymore if things don’t go quite right.

LS: The safety net now is what I am really made of and it’s real. Not everyone is going to love and connect to it, but I now know is that what’s underneath the safety net is something I would much rather fall onto because at least it’s real. And it helps me bounce back a lot easier and with less of a hangover.

I gave 15 years to existing fucked up and I don’t regret it, but to know there’s some creature that you are allowing to hold you back and to finally face that thing and to battle it and come out the other end and feel stronger than you ever have before, there’s a lot of self empowerment to that. I think I have a little more of a swagger now than I did when I was drunk.

The music that swirls around my head never stops. I was born hearing it and thank goodness it’s still there, and I think now I have more of an ability to hear it and more energy to embrace it when it is there. People can decide what they think of the record, but on a personal level of feeling it’s the real deal from my soul to the guitar or piano to the recording.

LEO: Many of your records were recorded in New York. This new record was recorded in Nashville. I feel like geography has a pretty strong influence on the record, “The Spirit Moves.” There seems to be two separate sounds on the album. There are songs like “Airplane,” which begins slow with just vocals and guitar that evokes a North Country sound such as Neil Young and Jason Molina. This sound is also prevalent on “Meet Again” and “Wolves.”

The other distinct sound, that is most prevalent on tracks such as “Put It Together” and the commanding “Southern Bells,” is one of Southern soul reminiscent of artists like Sam and Dave, Wilson Pickett and Booker T. and the MG’s. Was this distinct separation of sound deliberate?

LS: I’ve been a traveling person since I was a kid. I know my environment and my experiences go into the music but it’s not a conscious thing really. And, for me, all that music you just listed are influences. I’ve always deeply loved soul music, folk music and punk-rock music. I tend to love the earlier forms of most music. The one thing I strived to do was have more gospel sounds on the record for no other reason than I love that music.

LEO: Perhaps it’s more of an emotional type of traveling. With lyrics like, “I can’t stand to be alone living up on this hill / if love is where the heart is / I’m searching still,” it sounds like the heart is still traveling.

LS: Always. I was born for a life in motion, but I don’t want to be running from, I want to be going towards. I’ve never felt at ease being in one place, and I’ve felt more grounded in motion. I think some people are built that way, and I want that to be a positive thing. I’ve been a traveler, a seeker and a loner in running from things, and I have also been in pursuit of my truth, and I prefer it to be the latter than I prefer it to be the former. •