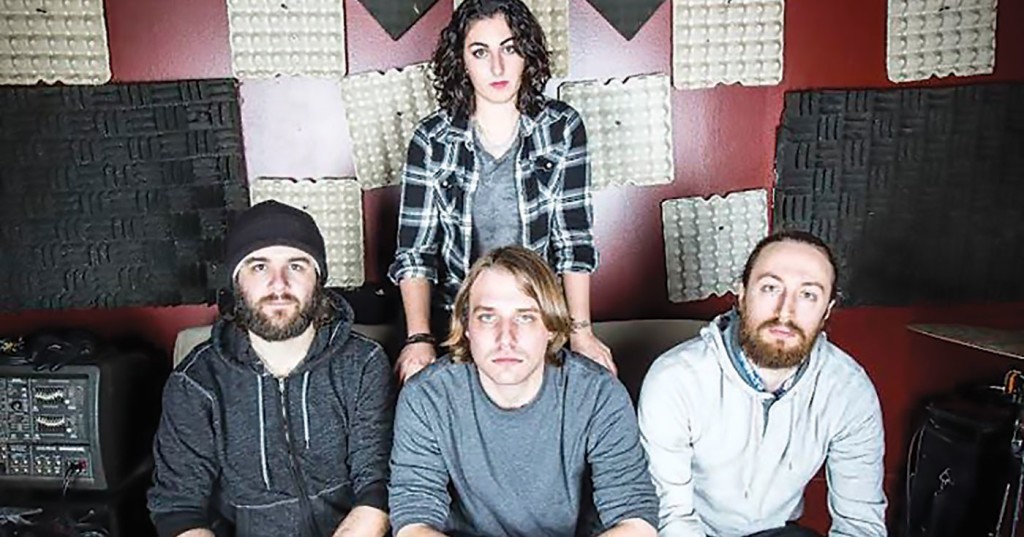 This Saturday, 62 extreme heavy metal musicians will play at Louisville Deathfest; only one of them is a woman. Fortunately for local headbangers, that woman is Rae Amitay, vocalist and songwriter of Chicago’s Immortal Bird. She’s at the forefront of a pack of young women making extreme metal more gender-neutral, while bringing more emotional nuance into the genre at the same time.

A graduate of the prestigious Berklee College of Music, Amitay was more well-known as a drummer in underground acts like Thrawsunblat (try saying that five times fast) until she formed Immortal Bird in 2013 alongside guitarist Evan Berry. The duo’s debut EP, “Akrasia” turned heads for its remarkable balance of aggression and melody.

Everything that’s good about the “Akrasia” EP is even better on the band’s recently-released debut album, “Empress/Abscess.” Striking and shimmering guitar arpeggios open up songs like “Saprophyte,” while other tunes — “Sycophant” in particular — solidify into mosh-friendly haymakers, all burly punk beats and fierce chugging. The last song on the record, “And Send Fire,” explores angular metal and kaleidoscopic progressive rock over the course of 10-plus minutes, ending with a collage of noise and industrial elements, sort of like the finale of Yes’s “The Gates of Delirium,” as produced by Trent Reznor.

So, while Immortal Bird isn’t the only excellent band playing at Lousiville Deathfest (Arsis and Artificial Brain have both recorded stellar work), their music carries the most variance and texture. Perhaps more importantly, the band sports some of the best lyrics on a metal album in 2015.

Most death metal bands either place their importance on their images — usually violent and vulgar — or their politics. Immortal Bird is different. Amitay’s music evokes emotions first, often unpleasant ones. Immortal Bird lyrics allude to abusive relationships and coping mechanisms — “I should see someone,” she screams in one song.

The devils haunting Amitay’s music are more tangible than the zombies and demons of standard death metal. “I do feel like some metal is formulaic,” Amitay says. “I don’t want to say phoned in but I don’t think that emoting things is their priority; they’re just trying to display a certain amount of aggression but the lyrics are just stock.”

Amitay’s intimate lyrical focus both matches the more delicate style of Immortal bird’s music and is central to the conceit of her band. “I started Immortal Bird because I was in a shitty place and I had all these poems that I didn’t feel that I could just publish,” Amitay says. “I needed to be screaming them.”

Amitay won’t reveal what specifically her songs are about — that’s one reason why her lyrics rely heavily on metaphor and simile — but some of them, like “Sycophant” and “Spitting Teeth,” are about specific people, sometimes splitting the difference between pop breakup songs and the murder phantasies of a band like Cannibal Corpse. In the interest of fairness, Amitay tries not to harp on her subjects too much, and portrays them neither as merciless aggressors nor corpses to be mutilated. In that respect she displays more nuanced stories than most of her peers.

“I’m not the death metal Taylor Swift,” Amitay jokes, while underscoring that she does not write so-called attack songs. “I don’t think it’s cool to write really violent, antagonistic songs about people because it’s just not fair. I know people who have had songs written about them. I know that it seems like a double standard, but I think that it’s a little more unacceptable to [write songs about] women. ‘Spitting Teeth’ is a specific person but I tried very hard not to be too hateful. I’ve had songs written about me and it’s really stressful to know that a song is about you. Even if people don’t know a song is about you, you feel victimized and attacked.”

Still, the Swift comparison does hold some weight. Her lyrics are like Swift’s at their best, have that unique quality of being both specific and relatable enough that it’s easy for listeners to put themselves in her shoes. “People have emailed us saying our songs exactly describe their relationships with their dads or exes. It helps you feel less alone knowing that other people feel not just similar, but the exact same way.”