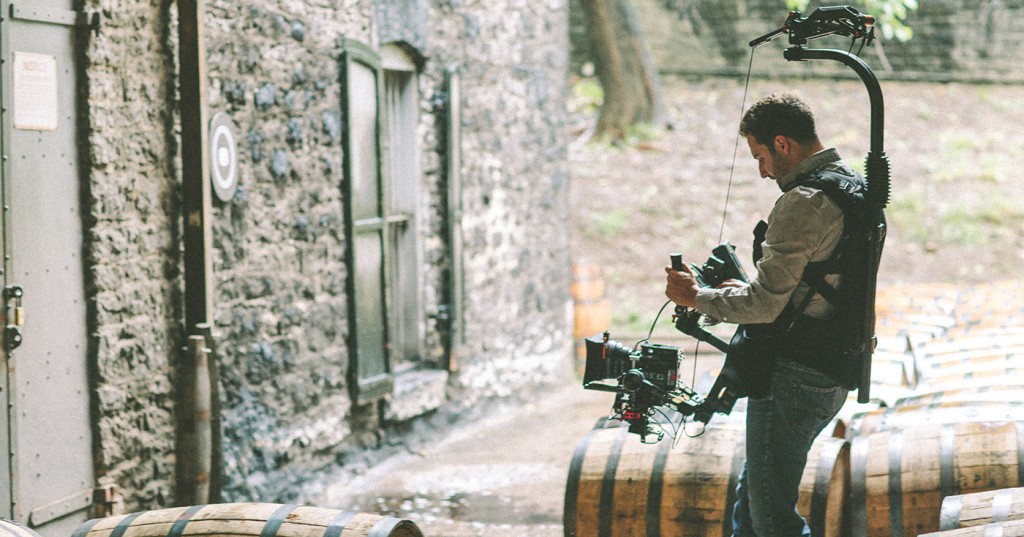 AJ Hochhalter is a born-and-bred Kentucky boy with a love for bourbon. Though he’s a film composer by trade, Hochhalter is the driving force behind “NEAT,” a bourbon documentary currently shooting all over Kentucky. The crew is following the famous fluid from “corn to cocktail.”

“NEAT” secured funding from The Kentucky Department of Travel and Tourism, as well as Louisville Tourism and VisitLEX. The L.A. Times wrote about the production of “NEAT,” proving that audiences outside of Kentucky are just as interested in how bourbon gets made as they are in drinking it.

“I got in contact with a bunch of people that I’ve worked with doing other films, that hire me to write music,” said Hochhalter. He asked his sometimes employers, “Hey, when you’ve got the time, what’s your rate to come shoot? I’ve got an idea.”

Hochhalter bootstrapped it, initially paying for it himself.

Using connections and favors from his time in the industry, Hochhalter built a strong pitch that included a demo reel. He felt that if he was going to secure funding, he had to get across his vision for the documentary.

“You can have a real good idea, you know the scale, you know what you’re planning on doing with it, but if you go in (to a meeting) and just talk about it in theory, sometimes it gets lost, so I wanted to do the extra work upfront.”

The current trailer, available online at thebourbonfilm.com, is full of arresting imagery, barrels being fired, fields of grain and corn.

“NEAT” will showcase a number of master distillers and distillery owners, but it also plans to tell the story of the less celebrated members of the trade. This includes farmers who have grown corn for Maker’s Mark for 30 plus years, coopers who make the barrels, and third-generation tour guides.

This person-based approach is intended to help the audience put faces with names and stats.

“Fifty one percent corn,” said Hochhalter, throwing out one such stat. “That’s bourbon. People need to know, but how much cooler would it be if we actually introduce them to a corn farmer. They’ll remember the corn because they’ll remember the emotional connection they got with that person.”

While the film focuses on telling the story of bourbon, Hochhalter also wants a thematic approach to the material, themes of time and patience and, given bourbon’s recent global surge in popularity, renaissance.

Hochhalter is excited to share the story of Marianne Barnes, who made headlines when it was announced that she would be the master distiller at an as-yet-unnamed distillery at the Old Taylor site, an honest-to-goodness castle that used to produce huge amounts of bourbon.

“So not only do you have the bourbon renaissance, meaning people being into bourbon again, but you also have a physical bourbon renaissance happening in Kentucky,” said Hochhalter. “An actual building is being rebuilt, and you can have someone, a female master distiller, who may not have been able to be a master distiller back in the day, showing the new energy and youth in the industry.”

The team has enough footage now for a film, but they want to be patient and go the extra mile, according to Hochhalter, who paused and said, “That’s a purposeful allusion to bourbon.”

Shooting will wrap after this year’s Breeders’ Cup with a projected release date in mid 2016.