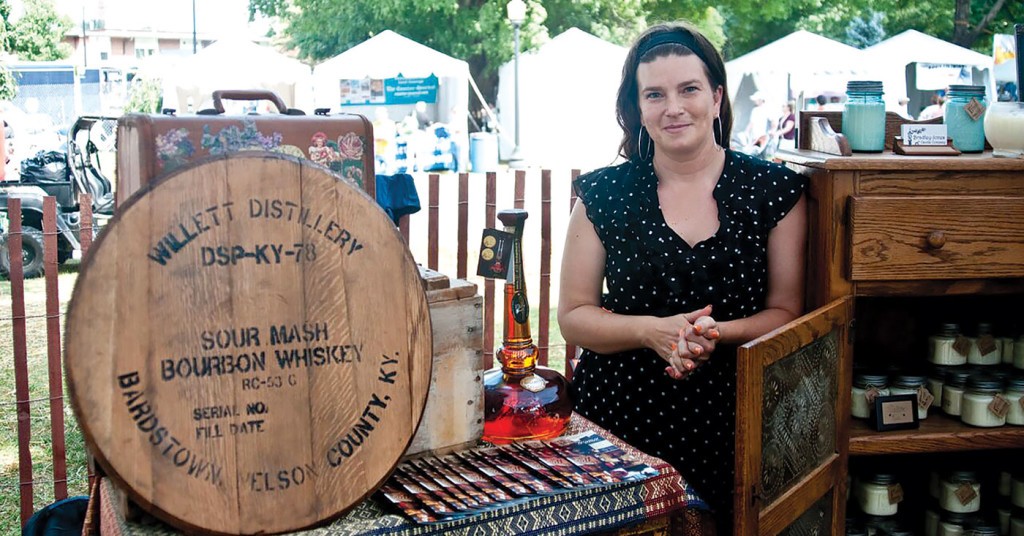 In Kentucky, it could be said that bourbon is the lifeblood of the state. And nowhere is that more true than in Bardstown, Kentucky. Every year this small town of 12,000 hosts about 50,000 people for their annual Bourbon Festival.

It’s a whiskey wonderland for those of you who regard bourbon as the superior whiskey (which it is). And the festival draws attention from distilleries large and small from all over Kentucky. Among the distilleries that will be in attendance this year are Barton 1792, Buffalo Trace, Four Roses, Heaven Hill, Jim Beam, Maker’s Mark, Wild Turkey and Woodford Reserve.

And when the city’s nickname is “The Bourbon Capital of the World,” you know that it is the perfect setting for this festival.

“The people of Bardstown have been making bourbon since 1776,” says Jerry Summers, festival chairperson and director of community relations of Jim Beam. “And today, 69 percent of the world’s bourbon is made in and around the Nelson County area, including the adjacent counties of Bullitt and Marion. That’s why Bardstown is indeed the bourbon capital of the world.”

The city itself provides plenty of bourbon-centric things to do, with the Oscar Getz Museum of Whiskey History, and the numerous distilleries to tour within the city’s limits. But during the festival, there is no end to the list of bourbon attractions to attend.

Hawkins said there will be events where you can speak with master tasters from local distilleries about what to look for in a great bourbon; discussions with master distillers on what it takes to make quality whiskey; demonstrations by chefs on how to incorporate bourbon into your food; and a few bourbon-themed dance parties to top it all off.

One show especially worth catching is Eve Theatre’s “Bourbon Babes of the Bluegrass.” The play “pay[s] tribute to the many women who, over the centuries, have contributed to Kentucky’s signature bourbon industry,” and is spiced up with some “history, humor, trivia, cocktail recipes, music and a little mayhem.”

“Bourbon Babes of the Bluegrass” shares stories of women like Marjorie Samuels, who created the iconic Maker’s Mark red wax dipped seal and Maggie Bailey, known as the “Queen of the Mountain Bootleggers.”

And if you’re looking for family friendly events, the city as well as the festival has plenty to do. There’s the balloon glow on Tuesday (Sept. 15), Bootleggers & Bushwhackers Train Robbery on Saturday and Sunday (Sept. 19–20), the Bourbon Clues Scavenger Hunt that lasts all week and not to mention the many ghost tours of Bardstown’s historic district.

The Kentucky Bourbon Festival is from Sept. 15–Sept. 20 in Bardstown’s historic district, tickets range from $25 to $400 and more information can be found at kybourbonfestival.com.