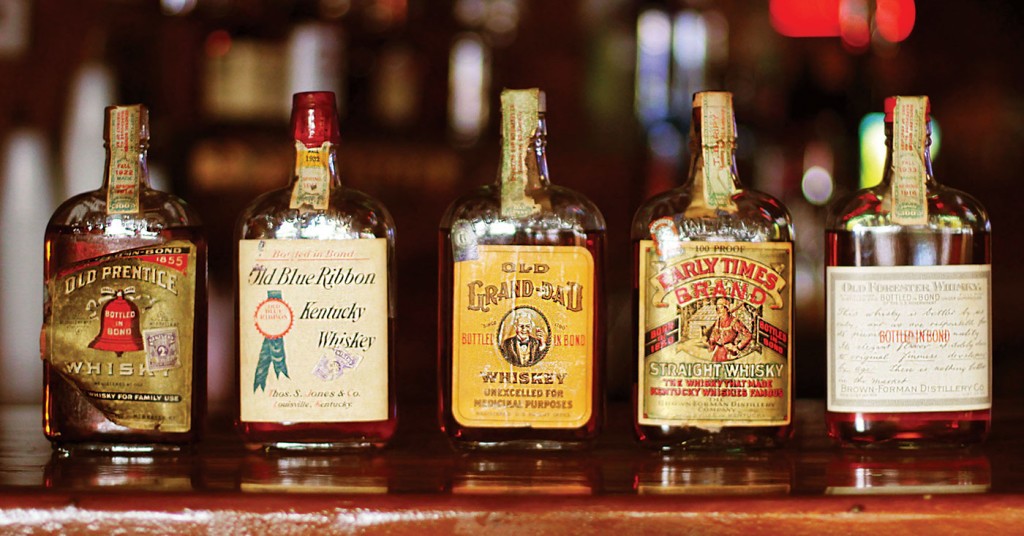 When Gary Gish bought Joe’s Older Than Dirt from the original Joe himself (who happened to be Gish’s neighbor), it was just an old drinking shack off to the side of the road. So Gish decided to spruce up the place a little bit and add a few personal touches.

“Dad, [Gary Gish] had been collecting these old, Prohibition era whiskeys, and when he bought the bar he decided to set them up here,” said Caytie Gish, daughter and general manager of Joe’s Older Than Dirt.

The bottles of whiskey sit in a glass case behind lock and key. They don’t look very different from any other bottle of vintage whiskey you might find in a flea market or antique show, until you take a closer look at the little sticker on the top right corner of the bottle, which states that it has been approved by the IRS for distribution for medical purposes.

This is because during Prohibition, lawmakers approved the sale of bourbon and whiskey for use as medicine. So if you had a prescription from your doctor, you could get your, “medically approved” pint of whiskey for back pain, depression or as one bottle label put it: “Take three teaspoons a day for stomach indigestion or stomach cramping.”

You might be wondering if we as a society were really dumb enough to believe that whiskey would cure our stomach indigestion, but Caytie doesn’t think so.

“Whiskey isn’t like beer. It takes years and years to make,” said Caytie. “So when the beer companies were able to shift their business and start making things like ice cream, whiskey companies had to keep making whiskey. So [lawmakers and whiskey companies] had to find a way to keep the doors open.”

That’s how we ended up with companies like Old Forrester, Old Grand Dad and Red Ribbon making “medicine.” And for whatever reason these bottles went untouched and were passed down through generations until they came into the hands of Gish, who now proudly displays them in his bar. But that was just the beginning of his collection.

“Once [Gish] put them up and people saw them and they started bringing us their [Prohibition era] whiskeys,” said Caytie. “They would come in and say ‘I found this cleaning out my dad’s, or granddad’s house’ or ‘I saw this somewhere and thought you might want it for your collection.’”

Thanks to Gish and his patrons Joe’s Older Than Dirt now has a unique time capsule for the history of Kentucky whiskey during Prohibition. And if Gary and Caytie have their way, it will be there for as long as Joe’s is still standing.

“People have asked if we ever had it appraised and we also say, ‘Why get something appraised if you never plan on selling it?’”