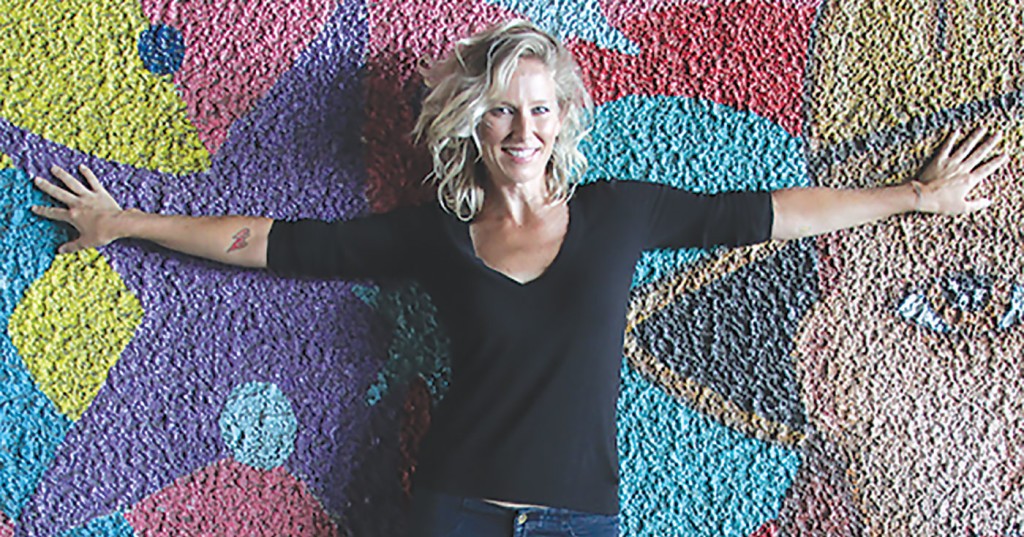 Sarah Hyland is Louisville through-and-through. Born and raised in The River City, Hyland moved to Chicago and studied improvisation at the famed Second City and began doing stand-up at the legendary club Zanie’s. She eventually moved to Los Angeles and appeared on “Mad TV” and Ashton Kutcher’s MTV moment of zeitgeist “Punk’d.” She has continued to work onstage and produce web shorts centered on the various characters she cooks up in her exquisitely weird head. Hyland will be returning to perform in Louisville for the first time in four years this weekend, and she took time to chat with LEO.

LEO: What do you miss about being home?

Sarah Hyland: Of course, I miss the people! They’re such good and wonderful people. I was telling someone the other day that I love Louisville because no matter what happens, we’re always willing to laugh at ourselves. I love that we understand the ridiculousness of what goes down at Wal-Mart or the State Fair. I can appreciate that; I really do.

LEO: And you’re even going to be in town for the Fair.

SH: Am I really? Shut your face! You know that is my favorite thing to do on the planet, correct? I used to work at the Kentucky State Fair. That was a summer job for me. I worked at the Greater Tater Hut, the Blooming Onion and I worked the Polish Sausage stand.

LEO: You do a lot of character-driven comedy, where your show is almost a hybrid of stand-up and improv.

SH: It totally evolved that way. When I was in Chicago, I graduated from Second City and worked at Improv Olympic, and I worked at Zanie’s Comedy [Night] Club while I was doing the improv. So I think it sort of worked out that way. I loved improv because I could use so much of my imagination, but I hated that I had to rely on other people. And then stand-up is a very solo deal, but I still use a lot of my imagination from improv.

LEO: You’re coming back to stand-up after taking time off. What led you to needing a break?

SH: I took like a three-and-a-half year break. Looking back — this is going to sound really deep and generic — but I’m going to take a risk. I consider myself an artist, and I think I’ve had all kinds of righthand turns, lefthand turns, forwards and backwards and u-turns in my creative life — because I’ve been doing this my entire life. I think that I create in all sorts of different ways; it just looks different. I think I needed to just explore another part of my life, and I think I have done everything that I was supposed to do to come back to comedy the way that I am now.

Honestly, when I left, I had no intention of returning to comedy, but things being what they are, and events happening the way they did, I’m back.

LEO: So what brought you back?

SH: I figured out that I can’t live without it. That’s it, period. It has definitely been revealed to me that this is my passion. I don’t have the choice to not do it.

LEO: So do you think you’re back into this for the long haul?