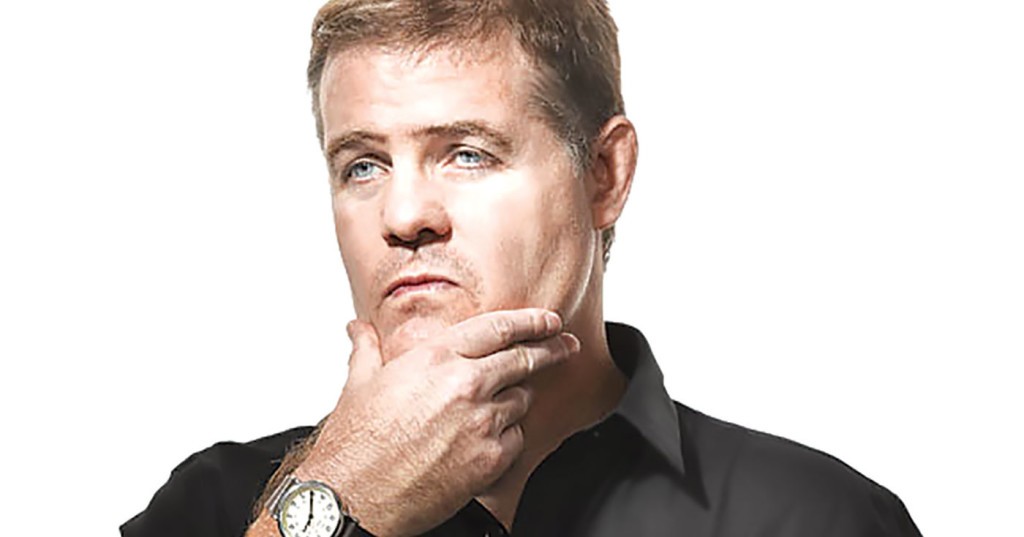 There’s always been an iconic spot on the comedic landscape for an “Everyman,” a comedian who is genuinely funny to everyone in the room all of the time. Greg Warren is that guy. Through a myriad of life experiences — from being an award-winning competitive wrestler, a band geek and a student at West Point — his life has been a series of little slices that everyone can somehow relate to. It’s that quality that has brought him to be cast on the current season of “Last Comic Standing,” as well as on “The Late Late Show with Craig Ferguson” and “Conan.” Warren will be performing at The Laughing Derby this weekend and took a few minutes to chat with LEO about his crazy life.

LEO: Being the high school athlete and band kid, you seemed to live in that blurry line between cool kid and the kid who got stuffed in a locker.
Greg Warren: I’m sure that had something to do with it. Having had both experiences in a lot of ways lets me connect with just about anyone in the audience, whether they feel like the leader of the pack or the outsiders. It helped me develop material that is universally funny to everyone because, in my own way, I kind of have been everyone.

LEO: Was it that outsider quality that made you want to be a comedian?
GW: I don’t know that I wanted to be a comedian. It was something I did, something I was good at, something I enjoyed, but I don’t ever remember sitting down thinking this was going to be a life for me. I figured I would be a teacher of some kind and coach wrestling.

LEO: I feel like the Midwest as a region has a similar outsider quality. Is that why there are so many  great comics who grew up in the Midwest?
GW: Maybe. I’m from St. Louis, so I get it. But I don’t know what it is that brings people from the Midwest to the coasts, but it seem to be some kind of breeding ground. But I’ve also noticed that a lot of them, when they go to the coasts, stop being real comedians. They do other things. In New York, they’re still performing three or four times a night, but they aren’t on the road, taking their licks in dives and empty rooms, the authentic experiences that make comics great.

LEO: On some level was comedy a rebellion against the rigidity of West Point?
GW: Probably. West Point was not for me. I respect it and the people that go there, but that lifestyle, people yelling at you, marching, all of that — I just couldn’t do it anymore.

LEO: You’ve said you regret leaving wrestling, and that’s where your heart is. Where would you be if you stuck with it — coaching or working for Vince McMahon?
GW: Regret might not have been the right word. But I do always feel that if I had become a teacher and started coaching wrestling like I planned, I might be making more of a difference in people’s lives than I am telling jokes in comedy clubs. That’s more of what I meant. I don’t regret what I’m doing. It’s great and it’s fun, but I don’t get the opportunity to touch people’s lives in the ways that teachers do.