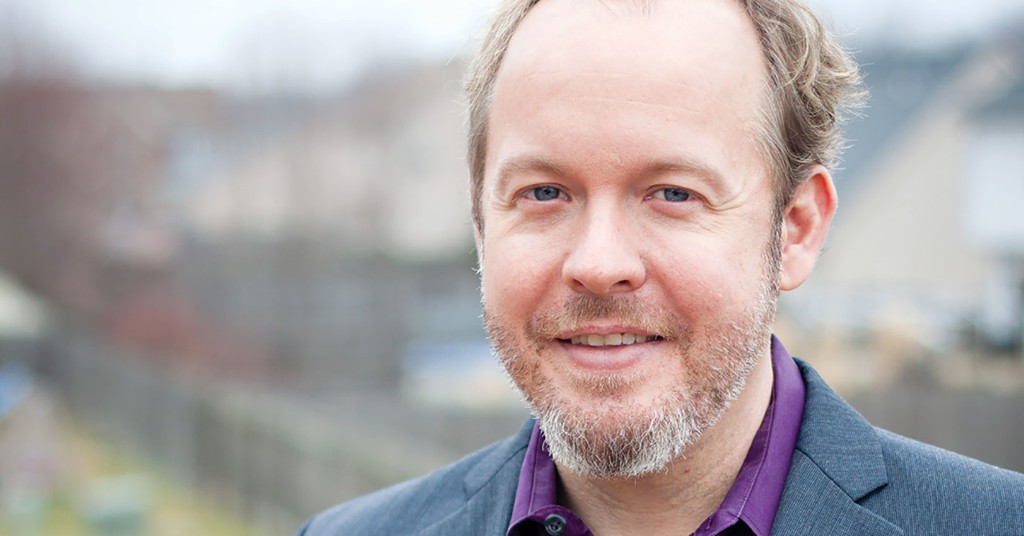 “That was when I realized,” said independent gubernatorial candidate Drew Curtis, “that if I didn’t run — and win — we’re all screwed.”

While his statement is not the most conventional unofficial campaign slogan — it’s certainly the most invigorating in a gubernatorial race that, thus far, has been lackluster at best. As he was circulating his petition to get his name on the ballot, Curtis, the founder and CEO of Fark.com, said it wasn’t just independent voters who signed their names on the line. “There were people wearing Bevin buttons, wearing Conway buttons. More than one of them told me they weren’t crazy about their guy and wanted another choice in the race.”

Thus far, the gubernatorial race run by Bevin and Conway has been about the usual two-ring Kentucky political circus. Bevin’s Tea Party base, who has forgiven their candidate for stumping at cock fights and forgiven the GOP for slandering their favorite son, is eating up their candidate’s God, guns and blind-machete budget cuts. Conway supporters are piling up on his homespun hometown-heir-to-the-Democratic-throne narrative. As always, the issues are being lobbed back and forth across the ideological isle like Molotov cocktails. Coal. Abortion. Obamacare. Gay marriage. Legal weed. The Jefferson Davis statue. Confederate flags. The second amendment. Fill-in-the-blank “ism” you are against.

Curtis’s campaign, however, is claiming to be trying an new approach in Kentucky politics: Identify the problem and then solve it.

For Curtis, the biggest issue facing Kentucky over the next four years is the solvency of the state worker retirement fund. “Unless something changes,” Curtis said, “Kentucky will be bankrupt by 2018.”

The independent candidate for Kentucky’s highest office says the problem isn’t that a state pension can’t be solvent; the problem is that it’s being grossly mismanaged.

After a January Bloomberg report stated that the Kentucky state workers’ retirement fund is nation’s worst-funded pension — because the state has not kept up with incremental payments and pulled money out of the fund like it is a stolen credit card — Curtis decided to look at the problem from what he described as a “pragmatic point of view.”

Moreover, the state’s three-card-monte attempt to bolster the fund — which is experiencing a $9 billion shortfall and is only 21 percent funded — without changing any of the fundamental rules of how it’s operated, has only made the situation worse.

Curtis said he isn’t all that interested in playing the blame game, though. He’s interested in solutions. His idea: Take out a $5 billion line of credit from hedge funds. “Corporations do it all the time,” he said. An influx of $5 billion would make the plan solvent — assuming Kentucky could find a lender. Curtis said that leaving the pension funds alone — for about 20 years — will allow the fund to grow back into solvency. The state would continue to fund the pension and borrow from the line of credit when the markets dip low. Curtis said the amount borrowed would be able to be paid back when market returns exceed the baseline required for the fund to be solvent.

According to Curtis, getting a line of credit from a hedge fund instead of selling bonds — the tried and true solution to all state and municipal budget crises — will allow the state more flexibility in paying down the line of credit, since it would only be tapped when necessary. Bonds, he said, would obligate the state to repay a certain amount each year, regardless of market returns.

Just because Curtis would rather be a dollars-and-sense kind of candidate, doesn’t mean he hasn’t thought about all the major issues in the campaign. He has gone on the record saying he supports industrial hemp and marijuana growth, and while he is satisfied with the Supreme Court ruling on gay marriage and believes county clerks should issue marriage licenses based on the law, he would sign into law the bill being pushed by Rep. Addia Wuchner (R-Florence) that would give an out to officiants whose religious beliefs conflict with the court ruling.

Curtis is also not afraid to admit he has to study some issues more. The new anti-heroin law is one such issue. Ex-felon voting rights is another. In both cases, he has stated publicly that he wants to study these issues more before he makes any sort of public statement about it — which, while it’s not terribly sexy as political rhetoric goes, is counterpoint to Bevin’s perpetual state of being misunderstood and clearer than Conway’s back-room-meeting mambo.

The most controversial of Kentucky’s controversial topics is coal. The economic and cultural ties of Kentucky’s most famous non-renewable source is near the heart of  what Curtis calls “outrage politics.” Senator McConnell’s state GOP machine has made the so-called “war on coal” a rallying cry against all things labeled liberal and anything environmental. Curtis admitted that coal is not going away any time soon. But he added, “Coal is a dying business, and it knows it’s a dying business.” He also said that it makes no sense for state government to subsidize an industry that’s eventually going to be non-existent.

For Curtis, the state’s economic future lies elsewhere. When asked what he tells voters in Eastern Kentucky, he said “I’d like to turn it into another Boulder, Colorado.” The region would be a perfect area for a technology corridor. According to the candidate, training and infrastructure are crucial. “I’ve built digital networks,” he said “This — this is my wheelhouse.” He was quick to add that the current plan — which the state authorized $30 million in bonds to help cover the $275 million price tag — to lay fiber optic cable across the state needs to be reexamined. But he sees no reason why Eastern Kentucky, and the rest of the state, can’t grow into a future without coal. That vision hasn’t earned him any friends among the coal operators his respective Republican and Democratic challengers have pandered to.

The solution, he said, comes from investment, but not public-private partnerships, like the fiber optic cable deal with Australian firm Macquarie Capital. For Curtis, the solution is more homegrown. “I have a list of names,” he said. “People who grew up in Kentucky and who left because that was the only way for them to do the things they wanted to do.” Curtis said these people are all successful and have capital they could invest. He mentioned one friend from Morehead, Kentucky. “If he decides to move home and invest, Morehead’s problems are solved.”

“Some of these people are looking for a reason to come home,” he said. “If I’m elected, I can pick up the phone and give it to them.”

Curtis’ campaign for a more rational approach to government, outside of what he calls “the outrage politics” that tends to drive the state political monster, means he hasn’t spoken out much about the hot button issues that have taken more of a center stage in this campaign than the State Workers’ Retirement Fund or life after coal — like whether or not the Confederate flag belongs in state capitols or in history books, or whether the Jefferson Davis statues ought to be torn down. For the record, though, he said the flag belongs in history books.

The serious issue for Curtis — the one people should to be paying attention to — is the recession that will come if the state doesn’t change the way it does things. “It’ll be worse than the 2008 recession,” he said. “Could be worse than the Great Depression.”  These sort of prognostications are nothing new in politics, but Curtis maintains that, left unchecked, Kentucky will be facing bankruptcy.

Now that his candidacy is official, Curtis is looking forward to mixing it up with his fellow candidates. His first outing against Bevin and Conway is scheduled for Sept. 15 at Bellarmine University. He said that while he expects it to descend quickly into the usual outrage politics, that his strategy for dealing with it is pretty simple.

“I plan on ignoring them,” he said. He added that he expects it to be less of a debate and more like the candidates answering questions. Or at least, that’s what he plans on doing. If Bevin and Conway do engage him directly, it will be the first time since Curtis announced his intention to run several months ago.

Curtis has been excluded thus far because his candidacy was not official. He was not given time on the podium at Fancy Farm, and he was not-so-mysteriously not invited to a “private” debate sponsored by the Kentucky Coal Association in Bristol, Virginia, which both Bevin and Conway attended. When asked how he felt about not being invited, he said, “I feel pretty happy about it. It means they know they can’t write me a $3,000 check and buy state policy.”

Curtis added that the total absence of transparency surrounding the meeting should raise some alarms. He also pointed out, “At the very least they could have come to our state.”

There has been some talk that the Kentucky Coal Association will have another such “private” debate (no media have been cleared to cover the event). Curtis doesn’t think his chances of being invited are very good. Then again, he doesn’t really want to be. “I’m not really anti-coal,” he said. “I’m against these special interests thinking they buy government.”