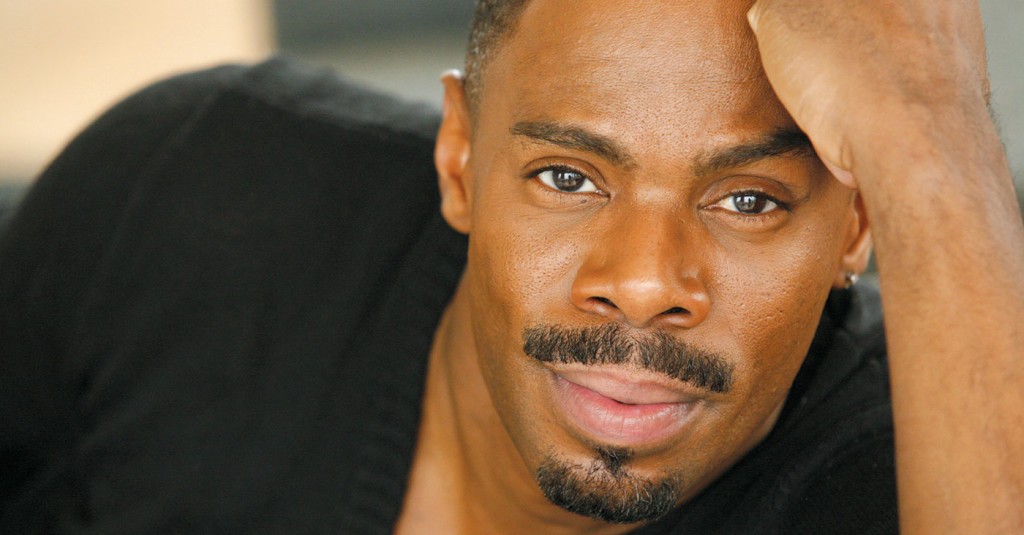 Where in the world is Colman Domingo? And what is he doing? The short answer: He’s everywhere and doing pretty much anything — acting, writing, directing, dancing — that a person immersed in performance-based storytelling can do.

This week, you can see Domingo playing a character named Strand in AMC’s new series “Fear the Walking Dead.” In a few months, you might find him in New York City, where his Humana Festival play “Dot” will have a run at the Vineyard Theatre. As a stage actor, he’s trod Broadway stages; he played Billy Flynn in “Chicago” and earned a Tony nomination in New York and an Olivier nomination in London for his performance in “The Scottsboro Boys.” In the last six years alone, he’s appeared in more than ten films, including works like “Lincoln,” “The Butler,” “Selma” and Spike Lee’s “Passing Strange.”

But just for the moment, Domingo is in Louisville, directing August Wilson’s 1995 play “Seven Guitars,” which opens the season at Actors Theatre of Louisville on Sept. 1.

“It’s a play that’s always resonated with me,” said Domingo in a phone interview. “I’ve seen several productions, and I’ve always come away with lots of questions about the play. Everything was perfect — the timing worked, and it gave me a chance to work again with a company where I’ve forged some beautiful relationships. I was a director in San Francisco when I started out my career, and I’ve always done some directing on and off, but I felt that this was a good moment to flex those muscles again, and I’ve always wanted to tackle directing an August Wilson piece, but never had the opportunity.”

August Wilson’s “Pittsburgh Cycle,” a decade-by-decade 10 play series that dramatizes the African-American experience over the course of the 20th century, has become a canonical fixture of American theater (“Seven Guitars” is the 1940s installment). The plays in the cycle (two of which earned Pulitzer Prizes) are frequently performed, extremely influential and it’s fair to say that every production is greeted with close critical scrutiny.

I asked Domingo whether that presented a special challenge for a director.

“These plays have a special kind of life,” said Domingo. “There are people who knew August Wilson and worked with him, and who are, in a way, keepers of his legacy. They have a special understanding of his works, and I think they have a sense that there’s a way the works should be performed. There’s a tradition that’s being maintained and handed down by those artists. But as an actor and artist, I think my own experience helps me understand these characters very fully. These people are my uncles and aunts. Their stories have been told in my own backyard. So what I wanted to do was invite artists — some who have worked on August Wilson plays, some who haven’t — to look at the play with fresh eyes, to treat it the way we would treat Shakespeare or Ibsen, to really do our homework and our table work and create something fresh rather than being beholden to the way it’s been done before.”

It’s been a liberating process, said Domingo. “There is a wink and a whisper in August Wilson’s work,” he said. “The stories are firmly rooted in the real world, but he’s always reaching for the supernatural. And I’m also someone who believes in magic. I think people want to be transformed by an artful expression of our reality. So we’re lifting the play to an artful place. The set is naturalistic — in theory — but I wanted it to look like music, so we took some inspiration from the collages of Romare Bearden — who also influenced August Wilson.

“And our cast and crew brought a lot of questions to the play. We wanted to answer those questions organically from the text, and find answers only in what he’s given us on the page. Thematically, there’s this idea that “a woman needs a man,” but Wilson has inhabited the play with three very independent women, so the play explores this question of what men and women are searching for and how they’re trying to come together in the late 1940s as the roles and relationships of men and women and brotherhood and sisterhood are shifting. There are questions about who we are and our humanity, and what’s more important, money or friendship — and what trumps what.

“And always in an August Wilson play there is someone who is sort of living in a supernatural world, and we always wonder, ‘Are they crazy? Are they troubled? Are they tortured?’ And I love that August Wilson doesn’t give a complete answer to those questions. He leaves a lot of room for the artists. I feel the same way. I think when people join us in the theater, we’ll have found some answers, but we’ll have raised a few more. I don’t want to answer every question. I want to invite theater-goers to engage with this. I don’t want to just hand everything over.”