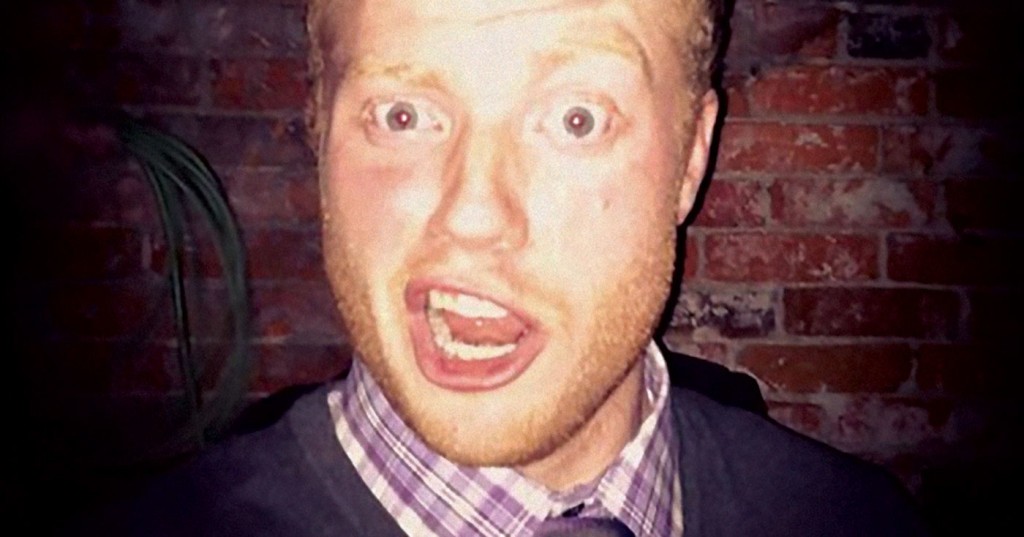 Here come The Boobs of Comedy. It’s a tour that launched from the bustling, well-respected comedy scene in Bloomington, Indiana, and it features three of the best comedians in the city. Joshua Cocks, David Britton and Jordan Mather-Light will be bringing their tour all over the Mid-West this month, and this week they will be performing in Louisville at The Bard’s Town. Cocks took a few minutes to chat with LEO about the tour and more.

LEO: You’ve performed in Louisville quite a bit. What brings you back with The Boobs of Comedy?
Joshua Cocks: I’ve been down to Laughing Derby a couple of times, but I’ve been playing The Bard’s Town for years, so it’s kinda cool to actually be heading up a real show there. I’ve been down there doing showcases and open-mics for so long that now that I get to run a real show it only made sense.

LEO: What draws so many performers to The Bards Town?
JC: It’s such a mellow atmosphere. And the people that come out have become accustomed to the fact that they have these real shows, and they attract a more alternative vibe. They’ve really been developing their own audience over time, and they seem to really appreciate the shows that get put on.

LEO: Bloomington has a pretty impressive comedy scene. In what ways has it molded you as a performer?
JC: The Comedy Attic is where I started and got my feet off the ground. It’s a scene, a lot like Louisville’s, where it’s very comic focused on performers getting better. Starting out with really funny people around you only makes you better, because there’s a rivalry. I mean, you want to see your friends do well, you just want to be better than they are. I hate watching my friends when they have a new joke, because it makes me think I’m not writing enough, but it always makes the show better and more fun to watch.

LEO: Tell me about The Boobs of Comedy?
JC: We were talking about something just dumb to name our comedy tour: My last name is Cocks, so that always got attention before anyone knew who I was. So we thought,‘Let’s come up with a big dumb word that’ll get people’s attention. What if we put “BOOBS” in really big letters on all of our posters?’ That’ll at least get people’s attention, and then we can try to be funny enough to live up to our end of the bargain.

LEO: Of the three of you all, who has the worst travel habits when you’re on the road?
JC: Well … Jordan Mather-Light can’t hold his booze, so it’s a lot of babysitting for him because he’s only 21. David Britton, we hope no spiders nest in his beard, so it’s always a matter of hosing him down to make sure he’s clean. But I snore, so they have to put up with that. So really it’s negative all the way around. Nobody wants to tour with us — I think that’s how this happened. We’re the three people no one else wants to go out with.