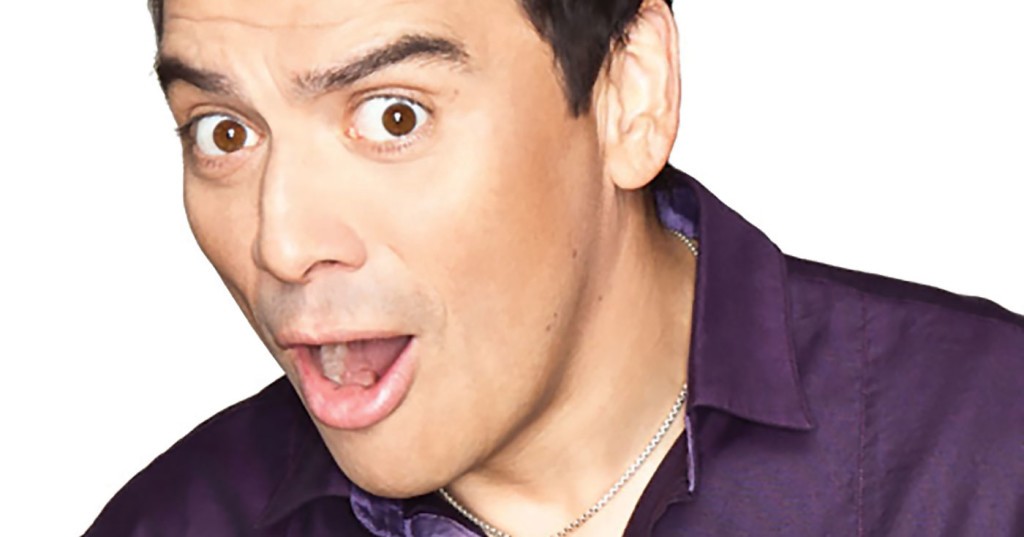 Controversial and outspoken comedian Carlos Mencia was loved and hated as he led the most confrontational and socially conscious comedy show since “The Chappelle Show” called “Mind of Mencia.” Regularly challenging race, culture, criminal justice and society, Mencia has made as many enemies as he has devoted fans. He continues to travel the country working clubs and theaters all over, as well as multiple U.S.O. tours, performing for troops at home and overseas. Mencia will be coming to town this weekend to headline at The Laughing Derby, and he took some time to talk with LEO about a little bit of everything.

LEO: You spent a lot of time here when you were a young, up-and-coming comedian.
Carlos Mencia: Oh, yeah, Louisville, Bowling Green, Lexington — all of those places are kind of a testing ground for the rest of America. Going to Kentucky, there’s always this perception of what you think it’s going to be like and what the people are going to be like. It’s very revealing that it’s not usually as redneck or country as people think it’s going to be there. I think it’s a beautiful thing; humanity really reveals itself there.

LEO: What was growing up the second youngest of 18?
CM: I don’t know — I laughed a lot. I didn’t always vocalize it, but on the inside, I was laughing all of the time. My brain was always processing information in a comedic way — I just didn’t know it. So much of what comedy is, is lack of common sense, and I always saw the world through that vision of “this just doesn’t make sense.”

LEO: Did you watch the Republican debates?
CM: Yes, I did.

LEO: That had to have been interesting for you.
CM: Part of being funny is being funny about what people want you to be funny about. So for me, watching the debates is keeping my hand on the heart of America, on the pulse. I don’t know that I necessarily want to write jokes about the stuff that comes out of Donald Trump’s mouth, but I watch how people react to it. I see how people react when a person gets shot, and I see how they react when a lion gets shot, and I start to think: “Wow, America really does care about lions more than its own people.” And then I start to think what that means.

LEO: You’ve been a controversial comedian. Was that intentional or were you surprised when people were offended by some of your material?
CM: I feel like I watch TV, and people get outraged by something that’s said, and it’s like America is just stepping in and saying, “Don’t say that. You’re going to hurt their feelings.” I don’t think those things are controversial. I think they’re jokes. They’re intended to be funny — that’s it. We fortunately live in a country where people aren’t starving — people aren’t being killed left and right — we are sort of lucky that our problems in this country come down to what people say.