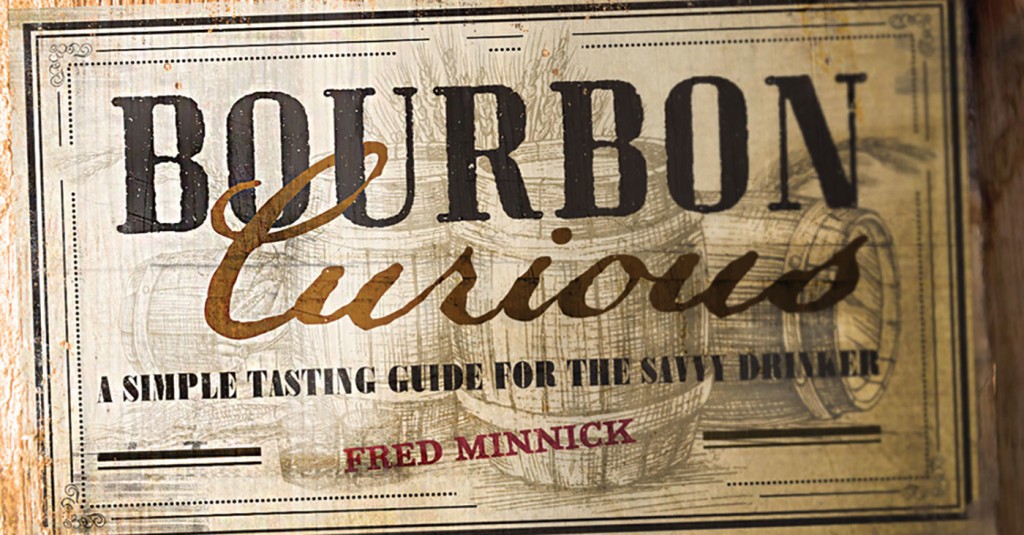 By now, if you’re a bourbon enthusiast, you’ve probably become familiar with the name Fred Minnick. A Wall Street Journal best-selling author for his 2011 book “Camera Boy: An Army Journalist’s War in Iraq,” Minnick has since established himself as one of the top bourbon writers on the planet. His ground-breaking book “Whiskey Women: The Untold Story of How Women Saved Bourbon, Scotch and Irish Whiskey” (2013, Potomac Books) made him an icon in the industry, while his writing for Whiskey Advocate, Covey Rise and Whiskey magazine continue to position him as an authority.

The Louisville-based author also is well placed as the go-to bourbon aficionado for the Kentucky Derby Museum, with his Legends Series an ongoing reminder of just how important bourbon is to the Bluegrass. And yes, if you can name a legendary distiller or any major player in the whiskey industry, there’s a fair chance Minnick, likely donning his trademark ascot and blazer, has at some point sat down and chatted with that person over a highball glass.

His new book, “Bourbon Curious” (Zenith Press), is a beautiful, hardcover release that is packed with dazzling color photography, recipes, flavor profiles for more than 50 popular brands and a smattering of other curiosities, history and information. In the book, Minnick reveals what’s inside the bottle, dispels common myths and does his best to explain what a true bourbon drinker should know.

He also extols bourbon’s value not just as a distilled beverage with a heritage, but as something cultural that is far bigger than what’s inside the glass.

“Bourbon transcends ingredients and brand names,” he writes in the book’s introduction. “It embodies a culture, a feeling, and a sense of unity that draws friends together and brings foes to peace.”

Minnick puts forth “Bourbon Curious” as a guide for those who truly want to know the back story of their favorite adult sipper — and to those who don’t want to come across as an uneducated ass at cocktail parties.

As Minnick was preparing to embark on a book tour that kicks off in New York this week, we convinced him to take a few minutes to answer some questions.

Fred Minnick: This is the first book I’ve written that I think really appeals to everybody. Well, it won’t appeal to dry county types who are still calling alcohol the devil, but I’m certain they’re not reading many books to begin with. I wrote “Bourbon Curious” to inform geeks with recipes, barrel-entry proofs, and corn information you cannot get anywhere else. It gives newbies a genuine, albeit simple, look inside this great whiskey category, but it really breaks out of the marketing speak and gives readers something of substance. When you pick up a bottle of bourbon, it doesn’t tell you shit — just the brand, some marketing and the government warnings. “Bourbon Curious” tells you what’s inside each bottle, how it’s produced and categorizes styles that might appeal to your palate.

LEO: What would be the key knowledge you’d want a reader to take away from the new book?

FM: Bourbon is awesome in so many ways, but the bourbon industry typically has not been the most transparent. They enjoy their secrets and legends. My book cuts through both to give readers a transparent inside look into bourbon. I wrote this in a way to explain why the legends were born in the first place and emphasized the trade importance of secrets. But most importantly, it’s about tasting and enjoying the delightful spirit.

LEO: What’s your go-to bourbon at the moment?

FM: Geez, talk about a “Sophie’s Choice” situation. If I’m traveling, I always go to Maker’s Mark. If I’m making cocktails, it’s Wild Turkey 101. If I’m spending somebody else’s money, I’m enjoying something vintage, say a 1950s-era Old Crow, a Buffalo Trace Antique Collection or of course, Pappy Van Winkle 15-year-old. If I’m recommending what to buy in another market, it’s almost always Woodford Reserve, Booker’s or Buffalo Trace. If I’m kicking my legs up and watching a game, it’s always Four Roses Small Batch or Elijah Craig 12-year-old. If I’m recommending a gift for somebody, I tell them to buy Heaven Hill 6-year-old Green Label, because it’s only available in Kentucky. OK, that didn’t really answer the question, but you have to understand, I taste a lot of bourbon.

LEO: Talk about the value of bourbon.

FM: Bourbon is a great value-oriented spirits category that used to be a whole lot cheaper. Once upon a time, you could get very good bourbon under $15. With its rise in popularity, that’s much harder. Now the number is under $30 for value bourbons, which is still less expensive than many vodkas.

LEO: You’ve been a photographer and a wine writer as well. What feeds your passion to write about bourbon?

FM: Yes, the spirit is delicious and beautiful and can be for any occasion, but it’s really the people that hooked me. I’ve covered many industries, but none have more characters than bourbon. This became really apparent when I was nominated for the Louis Roederer International Wine Writer of the Year in the under 35 category in 2012. My wife and I were sipping Champagne in London with some of the most famous wine personalities, and they were boring. I found myself in a corner, wondering what Jim Beam’s Fred Noe would say to this audience or what kind of costume Maker’s Mark’s Bill Samuels would wear. At this point, my book “Whiskey Women” was in the works, and I been thinking about downsizing my wine work and increasing my whiskey work. But it was when I was being honored for wine, that I knew my heart was in bourbon.

FM: Right now, it’s the Evan Williams Bourbon Experience downtown. What Heaven Hill has done, using actors and history, to recreate late 1700s Louisville is nothing short of amazing. I love that tour. Of course, they’re all expanding and upgrading right now. I get the feeling the distilleries are in the one-upper game, trying to create something unique and better than everybody else. That’s good for the bourbon lover!

LEO: Give us one pet peeve about bourbon.

FM: Not disclosing mashbills, the recipe used to make the bourbon. Jim Beam, Wild Turkey and Buffalo Trace do not disclose their mashbills, but will openly say, “Even if you have it, you couldn’t re-create our flavor.” So my follow up is: Then, if nobody can duplicate it, why not just tell us? As a consumer, I want to know what I’m tasting. That’s why I published as many mashbills as I could in “Bourbon Curious.”

FM: You bring up an interesting point. The Kentucky political structure has been extremely supportive of the bourbon industry the past few years. They have pursued wet county votes, created tax incentives and relaxed some dated tax laws to allow distillers to be more competitive. The reason is Washington now has more than 100 distilleries and New York is growing fast. If Kentucky rests on its tradition, it will no longer be the U.S. distilling capital. So, it’s good the Kentucky politicians appreciate and support such an iconic industry.