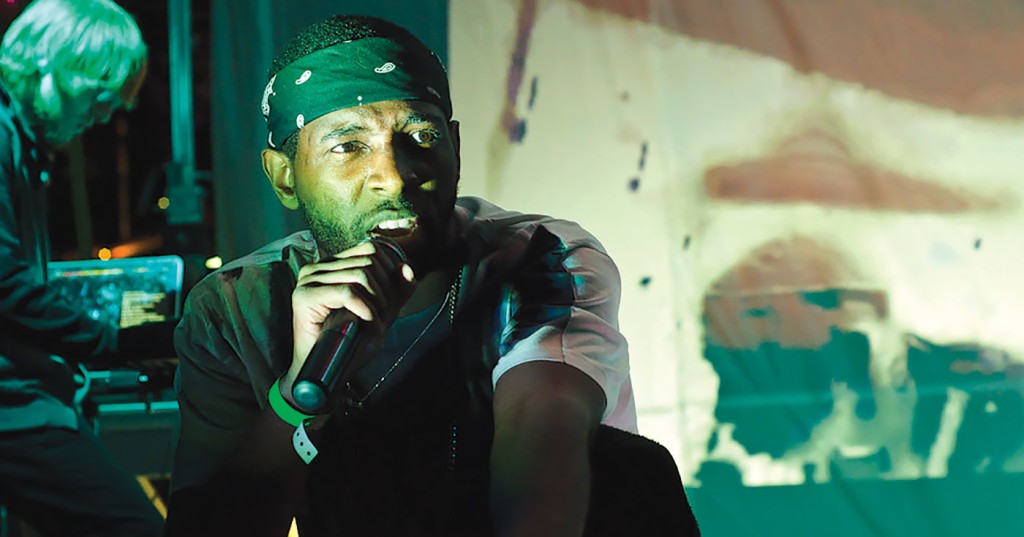 This last Monday marked the end of the summer for University of Louisville  students, and the collective sigh could be heard for miles. Whether you want to be in class or you dread the obligation, the responsibility of college weighs heavy on everyone. So what better way to take a load off than by joining 1200 and a host of local heavies at the Cards Fest to kick out the jams?

It started with an appreciation for The Cardshirt Company, who use profits from their business to fund student scholarships.

“I became friends with their president, Bob Muntis, and he asked if I would perform for a back-to-school event they wanted to have,” Jecorey Arthur (aka 1200) explains. “I said yes, but only if I had an organizing role. I have played several back-to-school events and they were all flops for a number of reasons. I feel very confident in this one.”

He continues, adding, “This is the first one of its kind, and it is entirely organized by us. We didn’t have any help from the higher-ups at UofL and we didn’t ask. We put together a team of intelligent and creative people to make this all happen. Many of those people are from The Cardshirt Company and the United Legion of DOOM.”

Arthur wants you hyped: “You should expect the best music, art and food that Louisville has to offer. This is our chance to expose thousands of college students to our city’s culture; the description of that culture is an eclectic one. One minute you will be listening to synth-heavy pop and the next string quartets and electric guitar in your ears. This diversity defines Louisville and it definitely defines the University of Louisville.”

And don’t worry about the small stuff.

“Parking at UofL is a fear for many,” Arthur says. “I had my car towed once every year of undergrad. Fear not for this festival. Since it’s Saturday, parking will be free across campus.”

Get out to UofL (West Plaza) on Saturday, August 29 for Cards Fest, featuring 1200, Lazy Sunday, Cheyenne Mize and more. It starts at 5 p.m. and is free.