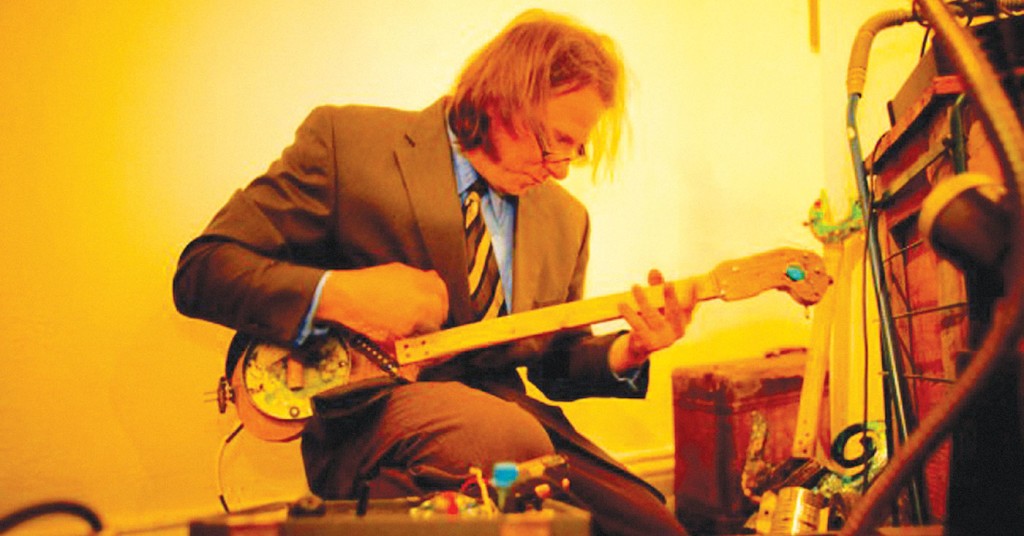 Racecar driver Mario Andretti said, “Desire is the key to motivation but it’s the determination and commitment to unrelenting pursuit of your goal — a commitment to excellence — that will enable you to attain the success you seek.” Scott Scarboro, veteran local artist, finds these words helpful in keeping focused. His only lament about being an artist in Louisville is the lack of gallery spaces and web presences that patrons can readily access. “The patrons are out there; they just don’t know where to go.”

A prolific creator, Scarboro produces multimedia and kinetic artworks. “My last solo exhibition at the Green Building [Gallery] could have passed as a 4-person show. Getting older only amplifies the need to get ‘er all done.”

Scarboro mines his childhood and personal mythology for subject matter — a practice that resonates with admirers of outsider folk art and assemblage. His work calls in to question innocence and exploration, both ideas closely associated with youth. “I am drawn to images of iconic characters from my childhood as subject matter. Much like the ‘Dynamite’ magazine collages that used to grace my bedroom walls.”

Scarboro manipulates not only the materials of his youth, but teases at the commercialization and commodification of childhood through his glitch video work.  Using snippets of 1970s television programming, commercials and cartoons, he creates “short hypnotic daydreams.”

Like most artists, his process changes with new elements. Recently adding his mother’s sewing machine to his repertoire, Scarboro incorporates yet another layer of his youth into his creations. “My mother and I had many conversations at the sewing machine. That’s where I learned about the birds and the bees. It’s a natural and rich part of my life.” Sewing non-traditional materials into his work, Scarboro says almost anything can be utilized, “Taco Bell wrappers, plastic caution tape, foils, cardboard, copper, wire, movie film, chicken feed sacks, et cetera. If a needle can go through it, it is fair game.”

When not working on his own mixed media projects or encouraging his artist children, Scarboro can be found planning Good Folk Fest. This year’s Good Folk Fest will be held at the Tim Faulkner Gallery in Portland on Nov. 20-22. “I’m excited about having it at the Tim Faulkner Gallery. I want all the artists to be successful, all the musicians to have a good time and be well received, and I want everyone who walks into the door to experience something inspiring and meaningful.”