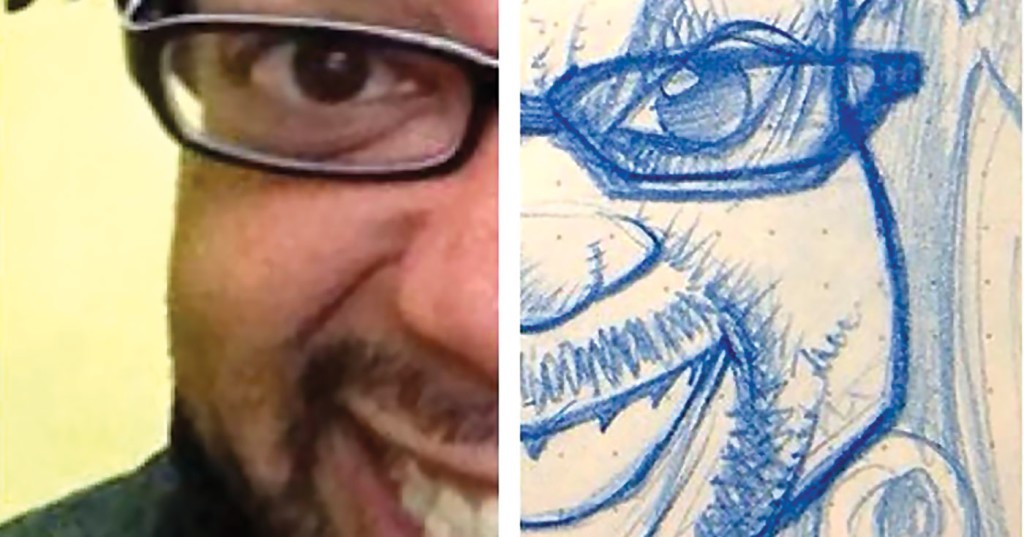 When Samal McNealy first started reading comic books, there were no summer blockbusters filled with Avengers or cinematic smackdowns between Superman and Batman. McNealy wasn’t into this genre because of the popularity or for the kitsch of it all. He just had a good eye for art, and there was plenty to be had in comics.

He quickly fell in love with the work of comic legends like Jim Lee and Rob Liefeld. He said flipping through their books helped him learn what it takes to be a good comic book artist.

“One thing I learned from Jim Lee was that you have to create your own unique anatomy for the characters,” says McNealy. “You know every one of his books has a consistent anatomy for his characters and that’s something I had to learn for myself.”

But as McNealy began to pursue his career as a comic book artist, he wasn’t interested in working for the “big two” (i.e. Marvel and D.C. Comics).

“There’s no new ground being broken by the big two. They just keep regurgitating the same stuff,” says McNealy. “[Indie companies and artists] are breaking new ground; they’re just not getting as much press. If their stuff ever got made into films and made its way into the mainstream, it would blow people away.”

That formulaic way in which the big two operate inspired McNealy’s first published book, “Elfman: How to Create an Icon,” a tongue-in-cheek look at the basic plotlines every superhero backstory hits.

But McNealy is drawing from a different artistic inspiration for his second book “How to Draw Blood,” published by Hound Comics, a major independent publishing house out of New York City. “How to Draw Blood” plays with the scenario where cartoons and the real world inhabit the same universe, similar to works like “Cool World,” by Ralph Bakshi and “Who Framed Roger Rabbit,” by Robert Zemeckis. But in this scenario, the two do not coexist peacefully.

“I thought wouldn’t it be interesting if the cartoons and humans were opposing forces. And the cartoons have super powers,” says McNealy. “So the cartoons in my universe are a kind of cross between Disney and the Illuminati.”

McNealy is a firm believer in the power of the independent creator, and it shows in his work both narratively and artistically. But McNealy, while dedicated to his craft, doesn’t consider himself an artist.

“I considered myself a creator more than an artist. Because there are better artists than me in Louisville. But I would put myself up there as being one of the most creative.”