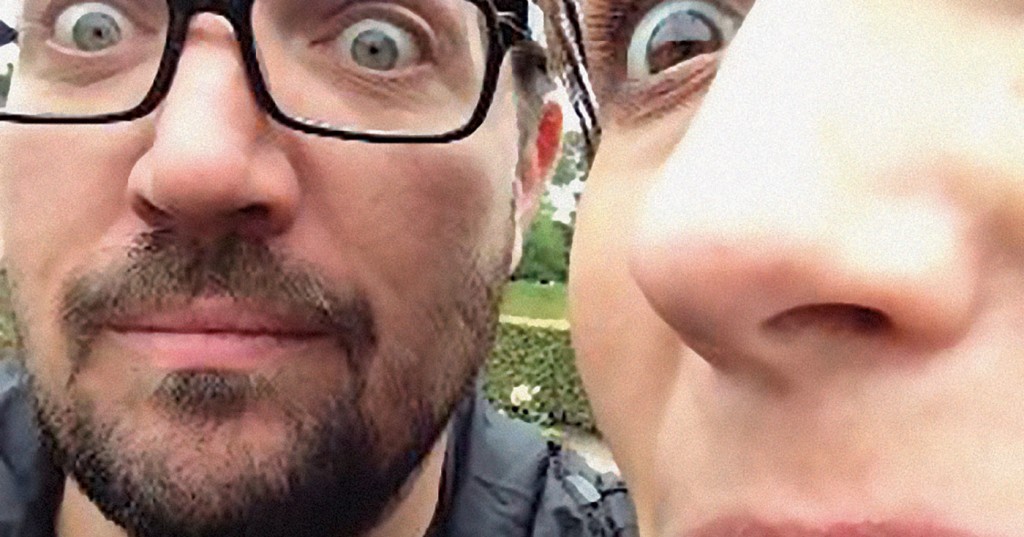 Ron Jasin and Mary Yates were married in 2009. Jasin is a self-taught graphic designer for Copper & Kings American Brandy Company. He also does personal projects and imaginative gig posters for area bands under his Mad Pixel moniker. Yates is a college-trained fine artist who uses traditional photography and digital manipulation to create images that combine the real and the fantastic.

“I never intended to marry another artist,” Yates admits. “When I met Ron he wasn’t really doing art. He was doing graphic design. But not so much the gig poster stuff. He started getting into that a little more shortly after we started seeing each other. … I think our marriage works because we do different kinds of art. If we were both painters we would probably be more competitive with one another. We don’t have the type of personalities that would allow us to work on canvases together like some artist couples do.”

Jasin says there are ups and downs to having two artists in the household. The thing he enjoys most about it is the way they support one another creatively. “Living with an artist in general can sometimes be a pain in the ass,” he explains. “But another artist understands why you’re being weird or being an asshole or making a mess. In other relationships I’ve had partners say, ‘What’s wrong with you? Why are you doing this? Why don’t you stop?’”

Jasin and Yates bounce ideas off one another and they have collaborated on several projects. Yates has become a contributing partner in Jasin’s Mad Pixel line and the couple organizes the popular $20 Art Show each holiday season. Since he is not a trained artist, Jasin respects his wife’s knowledge and opinions.

“I look to Mary for another voice,” he explains. “Being obsessed with something, you can kind of get stuck in your own rut. You need somebody to say, ‘You’ve gone too far. Or, you’re not going far enough.’ Plus, Mary always knows the correct art terms and I usually don’t.”

Yates and Jasin make art from different places. He is used to working for a client. Even his own projects tend to be more crowd-pleasing than Yates’ work, which can be darker and more personal. “We get inspired by the same stuff, but we are different kinds of artists,” Yates says. “He has more commercial goals for his work than I do. I wanna make what I wanna make and not think about the audience as much. When I do worry about how something is going to be received, Ron will say, ‘Do what you want. Don’t compromise.’ That’s why it’s good to have him around.”