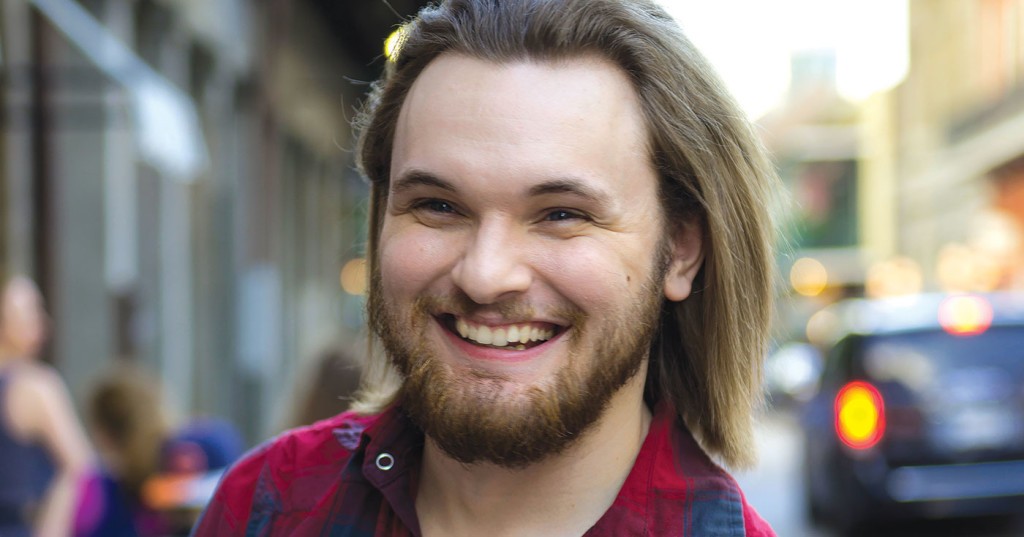 “I’ve been reading a lot of Roland Barthes. I’m influenced by queer theory texts a lot — also by activists and scholars in the queer community. I love academia,” says local photographer Kevin Warth when asked about what triggers his work. Currently a student at the Hite Art Institute at the University of Louisville, Warth is greatly interested and influenced by his studies and how those ideas can be brought to life through his lens.

His work heavily explores, through the language of portraiture, issues involving the body and “family-making.” Warth speaks with authority beyond his youth. His work is tied closely to his own experiences as a gay man in the Bible Belt where family values are on the lips of every preacher and politician. Warth examines these issues all the while intending to subvert the ideas of family and sexuality. “I see myself as a rule breaker, an academic and an activist. I strive to create meaningful sociopolitical commentary through my work and I believe one of art’s greatest strengths is the ability to create a dialogue.”

Growing up in Southern Indiana but based in Louisville, Warth became interested in photography through the influence of his father, also a photographer, and a high school media arts class. When he graduated, it seemed natural to continue at the university level, exploring his interests in both photography and ideas of the queer body in the language of the family.

Warth has participated in a few shows locally — his most recent solo effort at Gallery K & Coffeehouse on Story Avenue. “My work is more and more self-referential and talking about photography as a medium itself, challenging the way we think about that. I, of course, identify with [photographer Robert] Mapplethorpe to a degree. He paved the way in showing beautiful images of very sexual things which is something I do but in a very different way.”