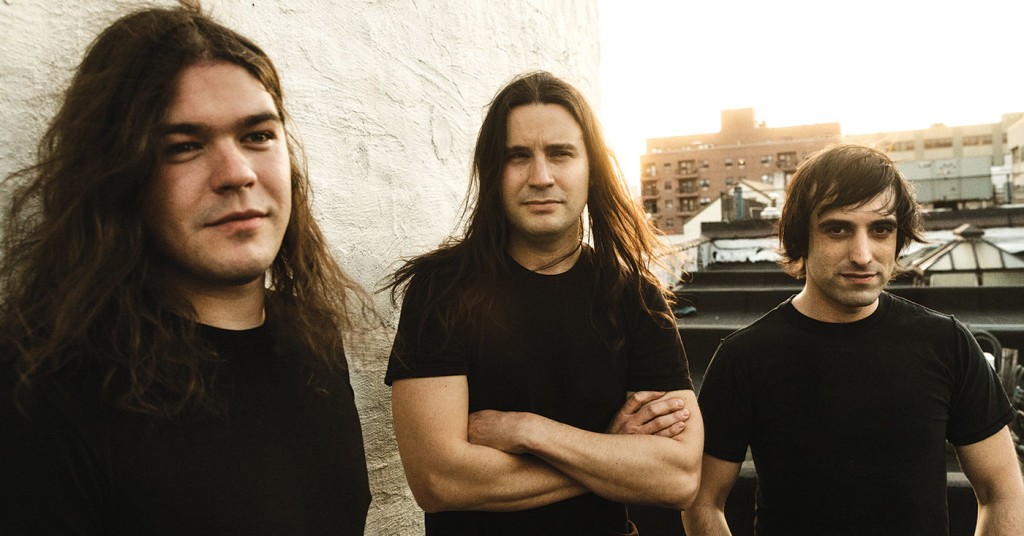 Mutoid Man — a hardcore/metal supergroup featuring Steve Brodsky (vocals, guitar) from Cave In, Ben Koller (drums) from Converge and Nick Cageao (bass), a renowned sound engineer — recently released their first full-length album, “Bleeder.” And it’s the sort of supercharged, ambitious, riff-heavy work you would expect from these guys. LEO caught up with Brodsky to talk about inspirational video games, the studio and balancing multiple projects.

On when he and Ben lived together in Boston in the early 2000s.
It was Ben, myself and Kurt from Converge. I remember going through this phase where I wanted to play all of my old gaming consoles and get into a bunch of stuff that I hadn’t played when I was younger. Ben, he had a bedroom right next door to mine, so there were times when I would go, ‘Hey, how do I get through this world here?’ He’s like a natural gamer, so he would give me tips.

On the guitar line on the song “Sweet Ivy” from the new record being inspired by level two from Contra.
We definitely messed with the timing and even the key, but it’s just so catchy. On road trips and stuff we would pull up video game music and Contra was definitely high up there. But, subconsciously, when we were writing stuff, we ended up just ripping it off. [laughs]. And we kind of did our own thing with it.

I don’t play video games so much these days. I feel like there are games still burnt into my brain. I could probably still pick up a controller and feel pretty swift with a game like Mega Man 2. Or maybe Super Mario Brothers 3. But, I sort of fell off when movement was controlled by both thumbs.

On the differences between recording this year’s LP “Bleeder” with Mutoid Man compared to last year’s EP, “Helium Head.”
We didn’t have all the material fleshed out this time. So, that was sort of a big difference for me, because with “Helium Head,” I was sort of running the ship in terms of recording and making sure all the mics were where they needed to be and that nothing got bumped over or moved out of place, that the tape machine was running. Stuff like that. And this always happens to me when I go into a recording situation: I underestimate the amount of stamina and energy and work that goes into it. I was wearing a lot more hats at once. With “Bleeder,” we had nine days to do everything. Tracking. Writing stuff along the way. Lyrics. Vocals. Mixing. So, it was more of this concentrated effort with “Bleeder” versus “Helium Head,” which is far more a snapshot of something panoramic that was spread out over time.

On balancing and developing multiple projects.
I think going back and forth between projects is mostly healthy because you’re constantly getting to experience different people’s perspectives on the whole process. And you’re always learning something by jumping into a new scenario.