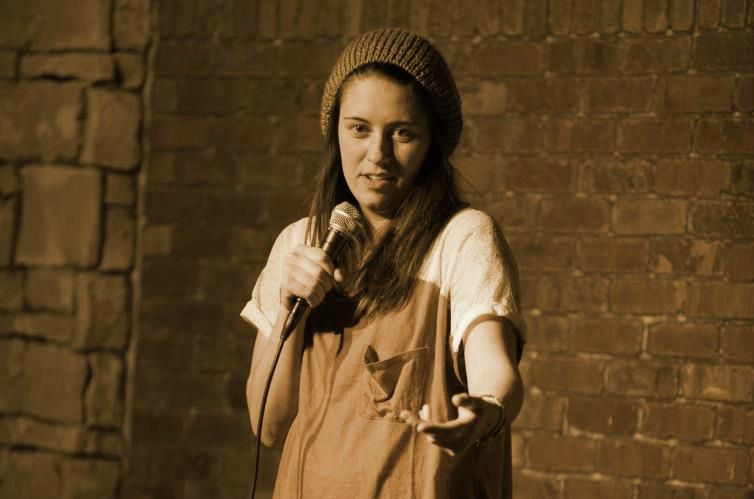 Lindsay Boling is coming home. The Louisville native, born and raised among our rolling streets is returning to the scene of the crime. Starting at local open mics while she was still a student at UofL, Boling soon became one of the shining stars in the scene before moving to New York in 2012. She has rarely performed here since, but this weekend will be performing all over town, headlining her own show, Lindsay Boling & Friendzzz (featuring New York comedienne Peggy O’Leary, and local comics she started with like: Patrick Passafiume, Craig Williams, Sean Smith and Brad Lanning) at The Bard’s Town on Saturday, August 29, and then opening for friend (and fellow Louisvillian) Sarah Hyland at The Laughing Derby on Sunday, August 30. She took a few minutes to talk to us about her big homecoming weekend of comedy.

LEO: What do you miss about Louisville?

Lindsay Boling: Oh, God. I mean, I obviously miss all of my friends and all of my family that are back there, but I would say that I’m missing Louisville less, which is a good thing. When I moved to New York, I was so homesick and I missed everything about Louisville so much. It was pretty hard for me to focus for a long time, and you start to wonder if you’ve made a mistake. Now, New York is starting to feel like home, too — so I have two homes and I’m not sad either place.

LEO: What’s been the most surreal “New York Moment” you’ve had since moving there?

LEO: You seem to be getting into improv there. Is that something you plan to explore?

LB: I was going back and forth for a while in spurts. But, right now, I’m really focused on stand-up and writing. With improv, you may only get to do it once or twice a week, because you have schedules to coordinate and you need a space to do it, but when it comes to stand-up, that’s something I can do on my own. I can go out any night and find a place to do a set, so I like that freedom a little more. I really feel like I want to move toward writing for a show or in movies. I don’t know that I want to do this forever.

LEO: Being in New York, do you get on the road as much as you would like?

LB: It’s hard being on the road when you’re in New York, because you’re kinda so far from everywhere else. Not to mention, in New York, there are so many clubs and I can do so many shows that I don’t have to be a road dog to get stage time and experience. There’s just so many places to perform here all of the time.

LEO: What made you decide to bring “The Late Late Breakfast” to New York?

LB: Yes! I remember when Tyler started “The Late Late Breakfast” in the lobby of the Caravan, we just had a stack of donuts, and the fish tank in the middle of the room. You were there, you remember. Now there’s one in Chicago. We’re going to have one in New York  — he told me he’s been taking the show to comedy festivals. They’ve been touring it all over. We’re creating a Louisville Comedy Empire; it’s going to be great.