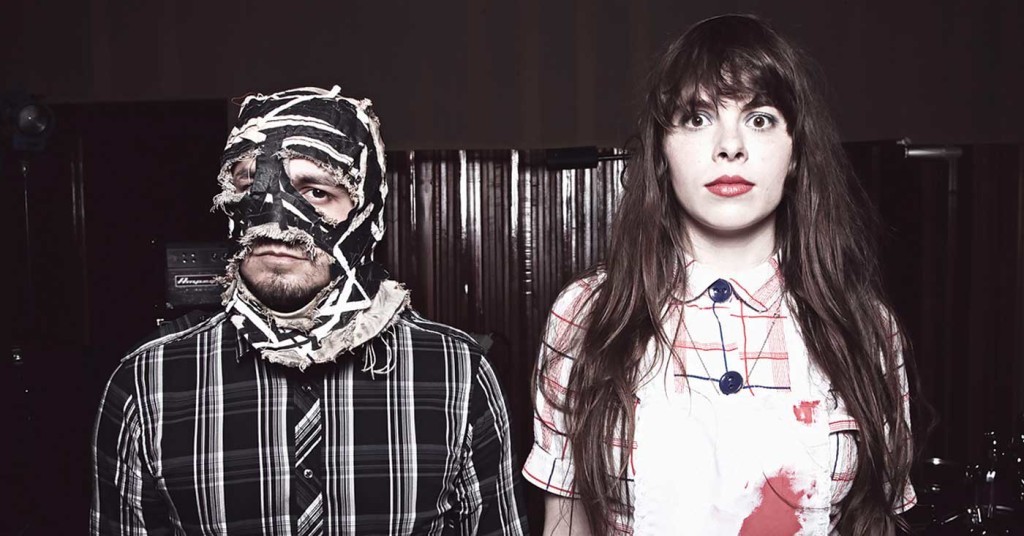 Her mother always said: “If you’re going to be a janitor, you have to be the damn best janitor.” These words hold true for Teri Gender Bender, the guitarist and leader of Guadalajara rock band Le Butcherettes. Born Teresa Suárez, Teri was destined to be badass. She formed Le Butcherettes in her late teens. Donning a bloody apron and no shoes, her aggressive and often unpredictable performances shook up Mexico’s male-dominated rock scene. Now 26, Teri and the reformed Bucherettes lineup join the Melvins on tour, taking the singer places she’s never been before, like North Dakota.

With a third album on the way, the Butcherettes sound recovers from the early garage-rock bangers of “Sin Sin Sin” to go deep in the trudging rhythms and reflective moods of the latest, “Cry is for the Flies,” where Teri’s keyboard playing is the integral groove. The forthcoming “A Raw Youth,” she says, will be much different.

LEO spoke with Teri while she visited family in El Paso, Texas. “Catching up on motherly love,” she said. “You never know when someone you love will die, so it’s good to take advantage of every second.”

Teri knows this too well after losing her father at 13. She was comfortable talking about the experience, even pausing at one point to add, “Maybe that had a lot to do with why I wanted to play music. Get some of the frustrations out through that.”

He gave her an acoustic guitar when he was alive, and using a keyboard and tape recorder she wrote her first songs. Her mom was grateful: “I could see that her eyes were bright, that it would make her happy. So, I started doing it more.”

She’s changed a lot since then. In 2012, she moved from Mexico to Los Angeles, an experience she documents in the abrasiveness of “Cry is for the Flies.” It was guilt and frustration laid to rest. Relief. That is what draws Teri back to the studio, and to the stage, for more. But this time it’s not about her. Instead, she finds inspiration in people like Pakistani activist Malala Yousafzai. “That is a true rebel,” she says. “She survived being shot, and she spoke against the perpetrators that tried to kill her. And not only that, she inspired a whole nation, and the entire planet, that tuned into her story.”

“A Raw Youth” is about the young minds, the thinkers, who seek the change in the world. “They’re still awake,” she says. “Still looking outside of their screens and looking around themselves. Not just thinking of the ‘I,’ but thinking, ‘What can I do for you?’”

Frequent collaborator Omar Rodriguez-Lopez (Antemasque, The Mars Volta) contributes his bass and production skills on the album which is slated for the fall. They’re also wrapping up a second album under Bosnian Rainbows, a project the two began in 2012 with drummer Deantoni Parks (Kudu, The Mars Volta) and keyboardist Nick Kasper (Kudu, Dark Angels). It’s all in Spanish and “very poppy,” she hints. “I grew up on pop; that’s what I really loved. I’m a huge Cher fan, Madonna. It’s good to get that out.”

Teri is expressive and articulate in person. Even on the phone I can hear a smile break as she talks about what’s ahead. In fact, she doesn’t spend much time at all on what she’s already done. She’s enjoyed opportunities opening for some of her favorite bands like Queens of the Stone Age, Jane’s Addiction and Faith No More; she got Henry Rollins to recite a poem on her album; she’s touring with one of the most influential hard rock bands to ever exist. And she continues her journey at a humble pace, never forgetting to visit loved ones or stop at mom’s house.

“She’s a complete influence in every way,” she says of her mom. “She gave up a lot of herself to raise me and my brothers. Sometimes I feel guilt about that, but guilt is only to insult her, so the best way to not insult her is to always give yourself in what you do.” From a tragic loss to living the dream, Teri learned the importance of sacrifice. She’s probably too humble to realize her story is one of inspiration, too.