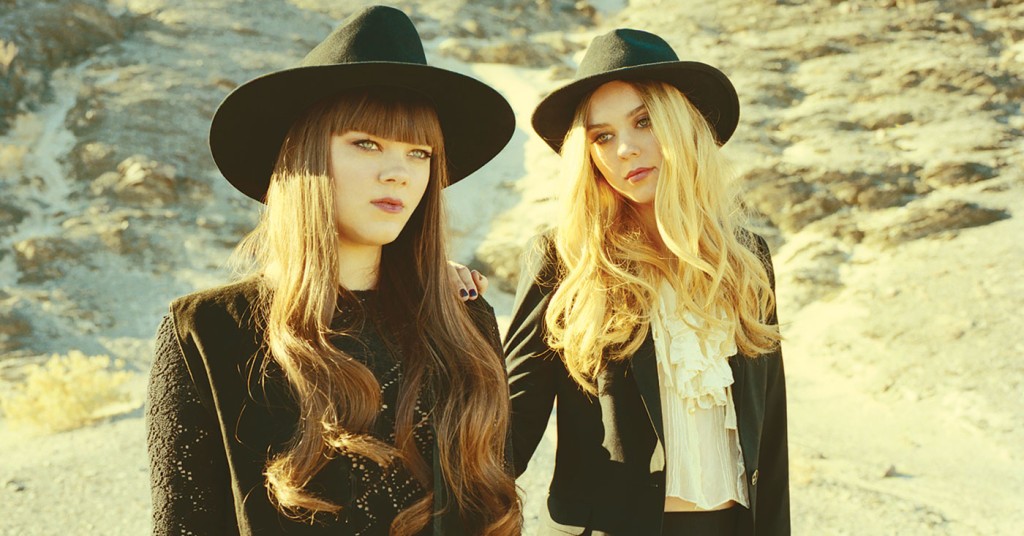 This is one of the great “care and feeding of a young band” stories of the new millennium: a pair of Swedish siblings absorb primarily American influences. Then, just barely in their teens, they show off their folk-leaning (but not purist) and very harmonic sound via infectious video performances, including well-selected covers. The performers they’ve covered become yet another part of a practically global support network that helps the girls make the most of their nascent songwriting. They trade in some years of high school for touring like mad. They’re practically the house band for the Polar Music award ceremony (resulting in more great cover performances).

And now, they’re coming to Forecastle. Klara Söderberg is the one usually playing guitar. Her older sister Johanna keeps to the keyboards. They’ve been touring in support of last year’s album “Stay Gold,” which had a consistent but also ambitious country-folk vibe brought to vivid life via producer Mike Mogis (guitarist of Bright Eyes).

LEO’s first question in a brief phone call with Klara and Johanna concerns how they’ll bring their recent songs onstage, when the delights of “Stay Gold” include vibrant string arrangements (even before the other instruments kick in, on leadoff “My Silver Lining”). Other tracks have even odder touches — “Master Pretender” moves along with passages that feature clarinet. Klara says, “Mike Mogis makes the arrangements — and they’re really simple, though they sound complex. I think you should be able to play songs with just acoustic guitar and have the same effect on the crowd.”

The Söderberg’s father had a bit of his own musical career, and he’s worked on the band’s sound for years, so it’d be natural to look to him as at least one source of the sisters’ music turning toward country while it also grows in sophistication.

“Not at all,” says Johanna, pointing out that he used to be all about new wave. “Now he’s really into country and folk, as well as punk. A lot of people are, like, ‘So you got the whole country thing from your parents.’ But it’s the opposite — our parents picked up on what we were into.”

For the sisters (who are now in their early 20s), classic country isn’t pure Nashville — among their favorites are Gram Parsons and Emmylou Harris. (A prominent song from their 2012 album is named after the latter — and the video for it was shot at the site of Parson’s mystical-outlaw burial in the Joshua Tree desert.)

There’s also Lucinda Williams — which brings Klara to an embarrassing recollection. “I saw her live once, and … it’s pretty annoying to see people looking into their phones while we’re playing, but I was writing lyrics through the whole show because it was just so inspiring. I kept coming up with lyric ideas and typing them into my phone. It might’ve seemed that I was not listening — but I was really listening and taking it all in!”

Johanna has this to add regarding their audience’s use of smartphone cameras: “It’s weird. At one point we play acoustically — no microphones. That’s the moment when we really want them to be there — and ironically, that’s the moment when they pick up their phones, because they can get a shot of us together.” •