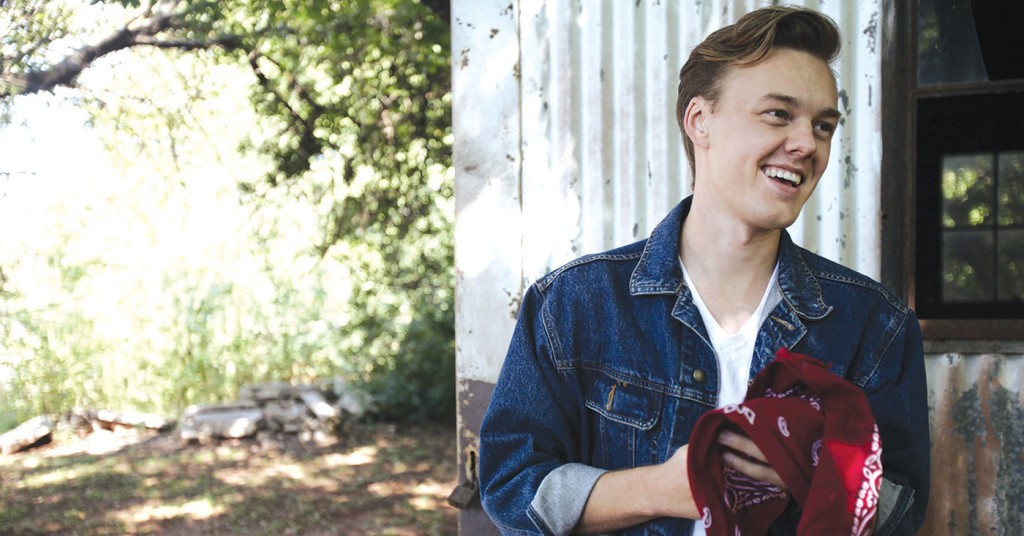 The sly maturity of Parker Millsap’s lyrics and arranging — and the dark wit and languorous intensity in his Americana songs — are difficult to reconcile as he takes the stage. He’s a handsome figure, but you could almost call him scrawny, between the fiddle player and stand-up bass. Coming out of a devout Pentecostal upbringing in Oklahoma, Millsap reached drinking age as his self-titled album (technically, it’s his second) was starting to have impact last year.

He’s almost done working out songs for his next collection (likely release: early 2016), but onstage he’s not leaving behind gems like “Old Time Religion” (a considered portrait of a serial murderer) or “The Villain” who wants out of his proscribed role in his lover’s dreams. From the parking lot of a Taco Bell on the road that’ll eventually get him to Forecastle, Millsap recently shared some voice time with LEO, starting with a comparison of how outdoor festivals compare with gigs that he’s had at venues like Nashville’s legendary Ryman Auditorium.

Parker Millsap: Music has a lot to do with the context. For a festival, you do some songs that translate well outdoors. And when you can get away with more intimate and dynamic stuff in a room, you do that. I don’t necessarily prefer one over another.

LEO: So name a song that didn’t get the desired reaction when you played it outdoors.
PM: Sometimes ‘Forgive Me’ doesn’t work as well. And ‘The Villain’ — but there’s always somebody who’s really listening, and that’s who you play to. But [for] the audience as a whole, if you’re outdoors, generally you try to keep the tempo up. I still like to do a ballad or two — to see if people are paying attention, even when it doesn’t work.

LEO: Are there covers in your set these days?
PM: Usually when we do covers, they’re from the ‘20s and ‘30s. Most people haven’t heard them, so it’s like a new song — but there’s something familiar. We’ll do ‘Nobody Knows You When You’re Down and Out’ and ’They’re Red Hot,’ the old Robert Johnson song.

LEO: Some of your songs get described as ‘Southern gothic’ or ‘country noir.’ Do you get inspired for those through listening to music? Movies? Reading?
PM: I consider myself an omnivore. At the time I wrote the last record, I was reading Steinbeck and Kurt Vonnegut — basic storytelling, but also skeptical and with an outsider perspective. That’s where a lot comes from for me — trying to figure out what it’s like in this guy’s shoes.

LEO: You had a very devotional upbringing. I take it there’s criticism for applying your talents to a secular path?
PM: Some people tell me, ‘You’re doing the Lord’s work,’ and I figure they listened to ‘Old Time Religion’ and only heard the chorus — because others come up after the show and say, ‘I really like how you’re ribbing the religious communities there.’ Everybody will interpret the way they want — and I’m learning that you just have to let them [laughs].

LEO: A difficult lesson?
PM: It’s a little disorienting, when so many people get so many different things from your songs. I just like playing ’em. I wrote ’em when I wrote ’em, and they’re done. •