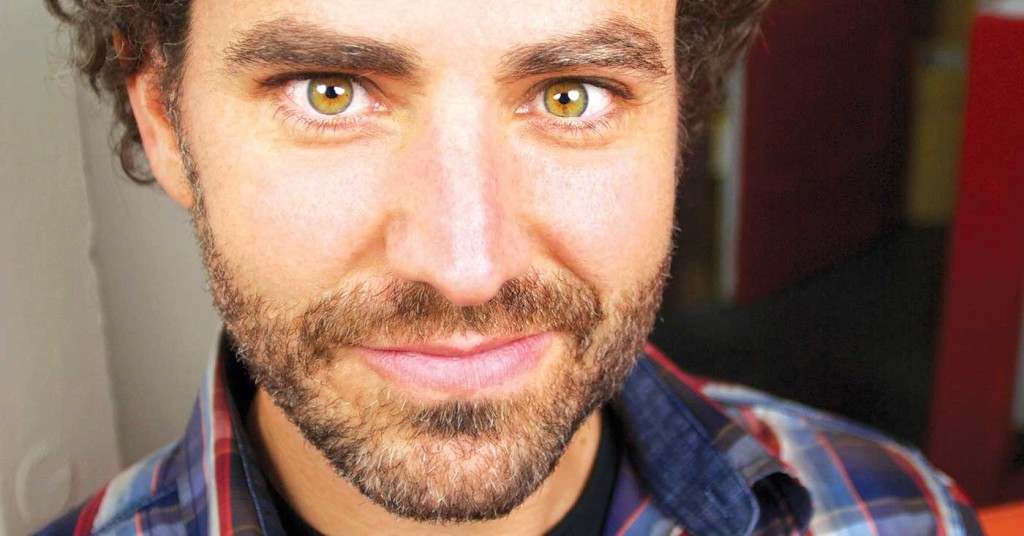 Most of us can only hope to grow up to have careers like Ryan Singer, where people are using descriptors like “buzzed about” or “electrifying” or “brilliant.” Most of us would kill to have someone like Marc Maron name drop you in a major magazine as one of his favorite comedians working today, and implying that you might be leading the next generation of young comics, or some such. Well, that’s Ryan Singer and that’s his career. You can find out what all the fuss is about this weekend at The Laughing Derby, but first he called and chatted with us as he was driving through North Carolina on his way from Durham to Wilmington.

LEO: What was it like the first time you tried doing stand-up?
Ryan Singer: Oh gosh, it was terrible. It was terrifying and exhilarating. I was lucky and got a few laughs somehow; well there was a guy in the front row I started making fun of and got a laugh early, so I was pretty lucky.

LEO: What was the worst job you had before you did comedy full time?
RS: I think the one I hated the most was serving tables. But that’s because I did it too long, like 10 years. I think everyone has their own tolerance level for service industry; someone may be 20 years and someone else might be three months.  I reached my limit on the rudeness of strangers.

LEO: When people like Marc Maron are singing your praises in “Rolling Stone” magazine, what’s that like?
RS: It’s a weird thing. You never know what’s going to happen in this world of stand-up, what path is going to be laid out for you. You have to get lucky, but you also have to work your ass off, but at the same time being lucky helps. When something like that happens you don’t really believe it, you’re kinda baffled by the whole thing. To me, my idea of success has always been when your heroes become your friends, so in that case I’m pretty successful.

LEO: Is it intimidating, making you feel like you have to always be working at a certain level all the time?
RS: I don’t think that’s a bad thing. There are a couple of things that are important to me about stand-up, doing it as an art form — one of them is it’s very important to get scared every once in a while. Because if you’re not getting scared then you aren’t pushing yourself. If there’s never any fear then you’re becoming stagnant, you’re not taking any risks, you’re playing it safe all the time, and that’s no good.

Another thing is that I never stop working — I don’t think any joke is ever finished. I never think I’m as funny as I should be. If 10 years from now I look back to now and think, “I was so funny then,” that’s a problem. I should grow and be better, and be like: “I thought I knew what I was doing.” Every few years as a performer you should look back at your previous self and just shake your head, like: “Aww, kids, they think they know everything.” •