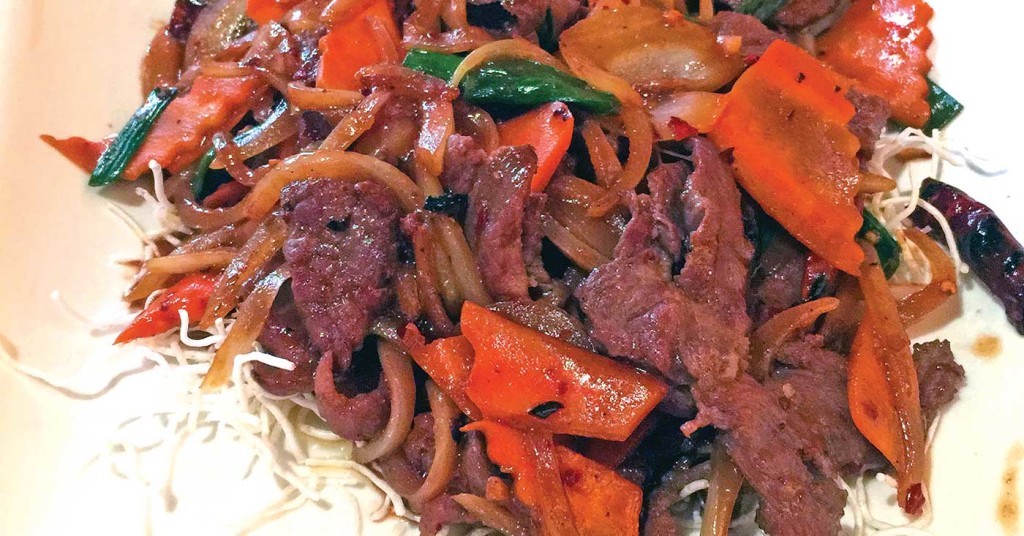 There we were, Mary and I, sitting and chatting as we waited for our apps in the comfortably cozy confines of Tea Station Chinese Bistro. We sipped Tsing Tao beers and gazed out at the main drag of Norton Commons, the new subdivision with the old-time look, trying to figure out why this village somehow feels both appealing and a little creepy all at the same time.

Norton Commons was Louisville’s first large venture into the “New Urbanism” (or at least the first since St. James Court was developed in 1887). Hey, New Urbanism is cool! Something new, made to look old, compact and walkable, retro in style, quaint but, um, “safe.”

“It’s a little too much like Epcot,” Mary mused. Yeah, I can see that. The grid is too neat, the streetscape too even. The streetscape evokes real urban neighborhoods with their front porches lined up in a row, but it does not look like St. James Court, the Highlands or Crescent Hill. Here a Georgian, there a Victorian, over there a veranda’d bungalow right out of the Deep South. It’s sort of like a quick Epcot tour from France to Italy to China, stopping just long enough to indulge in a giant crepe or ice cream cone.

Or Chinese food! Which brings us back to Tea Station, a place that — sort of like an Epcot eatery — is a nicely decorated, upscale, family-style Chinese-American eatery in a setting that’s slightly fancy without requiring dress-up attire.

Tea Station has new owners within the past year or so, but local Chinese restaurant veteran Roland Wong, now a managing partner, remains in the front of the house with his cordial presence setting the tone. The bill of fare now bears a fair resemblance to the huge but standard selection that you’ll find in your typical chopsticks-house-next-door-to-a-Kroger.

Unlike your hopping-center chopsticks house, though, it has a full bar, with short wine and beer lists and a jovial libations policy offering well drinks, call drinks and “premiums,”with a three-hour Happy Hour running until 7 p.m. on week days to further enhance the comfort level.

There are more than 150 selections on the menu, with most dishes from $10 to $15. Lunch specials with wontons, fried rice and soup included are $7 to $8.  The choices are familiar: sweet-and-sour this, kung pao that, fried-rice something else. But hey, what’s this? Italian shrimp ($12.70)? I couldn’t even ask.

Nevermind. Equipped with an ice-cold Tsing Tao — the preferred service form for this Heineken-style beverage — we settled in for dinner.

We did have a slight language-barrier issue at first, which may sound routine for a Chinese restaurant, but seemed odd in this setting, since the server was a nice youngish Euro-American guy who spoke English like a native. A Kentucky native.

Nevertheless, we he had some problems communicating. Was he a little hard of hearing? Did I fail to enunciate? Or maybe shyness was the issue. We had to repeat ourselves a lot — I even tried Preacher Voice — but it often seemed that he did not think what we said meant what we thought we had said.

When we inquired into the composition of Mongolian lamb ($14.70), for instance, we wanted to know if it was all meat, or a lamb and veggie stir-fry. Somehow he got the idea that we were asking for extra veggies, so he had the chef load it up with extra carrots. Unfortunately, this failed to improve the dish.

It came on a bed of thin rice noodles that might have been microwaved, converting their natural crisp texture into something more chewy. The lamb was very good, though, tender and savory, with a simmering edge of heat that got our attention without severe burns.

We couldn’t resist exploring butter mushrooms ($4.25), which hardly seemed Chinese, although it is in fact a Beijing banquet thing: A large ration of whole button mushrooms had been sauteed in butter, soy and maybe a little garlic. They were fine for noshing, and would also have gone well on pasta or a steak.

With the Tsing Tao ($3.50), dinner for two came to $38.05, maybe double what we’d have paid at a chopsticks house, but with significantly upgraded ambience. Despite the communications lapses, our server was attentive and on the spot, and didn’t do anything to justify reducing an $8 tip.