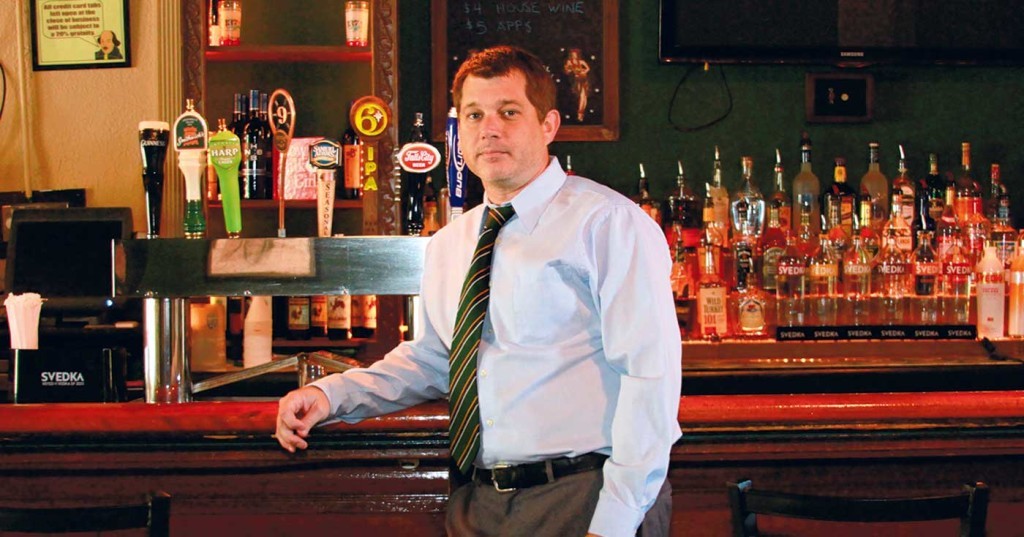 It might be shocking when I write the next few words, so brace yourself … The Bard’s Town is celebrating its 5th anniversary. “Some days it feels like five years and some days it feels like 20,” The Bard’s Town co-owner Doug Schutte tells me. No matter how it may feel, our favorite neighborhood pub and theater has been open for half a decade now; let that little nugget sink in and sprout an existential conflict relating to the persistence of time and fading youth.

“Looking back at five years, it’s amazing we got here,” Schutte continues. “The whole idea came when I was living in London, working at Shakespeare’s Globe Theater. One thing we used to do in our off-time was go to these neat little pub theaters in London, which is very different than the old dinner theater idea, which I’ve been fighting for five years now. What we have here is eerily similar to the places that I really enjoyed over there. The reason I thought this was doable was that restaurants are difficult and it’s tough to make a living off of a theater, but if we had the two they might be able to inform each other and play off each other.”

The Bard’s Town opened, initially with only one small theater space. And while performers utilized that stage, bartenders made drinks and the kitchen served up Shakespeare-themed food. At the same time, they were renovating the larger upstairs theater space, so they could have two fully operating stages going simultaneously. Soon that dream came real, and The Bard’s Town became an artistic and cultural mecca in the Highlands, a neighborhood which itself is an artistic and cultural mecca.

When asked why so many local artists have migrated their way to work and perform, Schutte has a few reasons: “I had a well-connected network of friends in the theater scene, and there wasn’t a lot of opportunities in theater for these smaller companies to perform. Also, we have a lot of trust. If we have people perform here, it’s because we trust them, and we’ll let them do their thing. I know that’s a big thing for the comedians: Do what you want to do. It’s supposed to be a place of artistic expression, so why squash that?”

The theater has debuted numerous plays in Louisville, some performed for the first time anywhere, while others simply had never been performed in Louisville before. “We have a lot of music, but the theater and comedy stuff is what has really come to define us, and that was by design,” Schutte explains. “We definitely needed people to know that if you’re going to come here and see theater, it is going to be good, and we had to build that trust, and I think we’ve done a good job with it.”

Now to celebrate, they are going to have three weeks of shows from the venue’s favorite performers including the debut of the play “Other Desert Cities” on July 23, The Hardware Project, Comedy Collider, 7 Ate 9 Comedy Show, Damaged Goods, and The Roast of Buzz Lightyear will all be helping the venue celebrate through August 8. “I really wanted to have as many of our favorite things we do here as possible,” Schutte says of the lengthy celebration. “And we couldn’t fit it all into one week … so we just expanded it.”