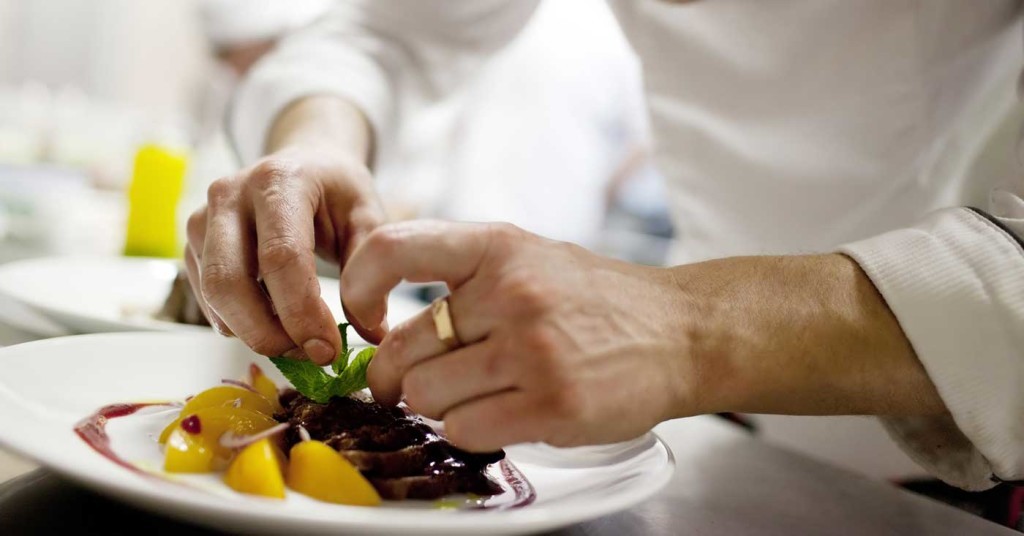 Monday morning, June 29, politicians, entrepreneurs and chefs gathered on 1812 W. Muhammad Ali Blvd. outside of what used to be Jay’s Cafe for the groundbreaking of … Jay’s Cafe?

Well, kind of. The historic West End restaurant will now become part of the new Chef’s Space, a kitchen incubator for local foodies and chefs to come and develop their cooking skills as well as experiment with their menus and cook for the patrons of Jay’s.

“I was really bothered by all of the vacant properties, and I knew what this place meant to people,” said Johnetta Roberts, President of the Chef’s Space. “I was hearing from so many food entrepreneurs about how much they needed kitchen space to work. So I thought let’s put these two needs together and come up with a solution.”

With 16,000 square feet, there will be plenty of room for chefs and food entrepreneurs to work said Roberts. She also believes the project will be good for the West End economy, citing the project Chef’s Space was modeled after, Union Kitchen in Washington D.C.

“It [Union Kitchen] started a little over two years ago in a 7,000 square foot space. About half the size of what this will be,” said Congressman John Yarmuth (KY-3). “In the two years since the start of operations, Union Kitchen and its growing business have collectively generated over $40 million in revenue.”

The hope is, according to both Roberts and Yarmuth, that this incubator will generate new food businesses that will then go on to establish their own restaurants in the West End and further investments in the area. Because as we all know, Louisville is a glutton for good food.

“Louisvillians consume $2 billion a year worth of food. That’s a lot of food,” said Mayor Greg Fischer. “We’re also known as one of the ‘foodiest’ cities in the world. … And projects like this will now take us to that next level.”

Fischer also said that in addition to Chef’s Space the investments in Beecher Terrace, expansion of Waterfront Park, the coming Food Port and proposed Wal-Mart will be the most invested in the area in over 50 years.

Metro Council President David Tandy, who also represents the Russell neighborhood where Chef’s Space is being built, agreed that these new developments are important for West Louisville. But equally important is showing respect to the history and landmarks in the community such as Jay’s Cafe.

“Things come and things go. Things are always changing, and if you can’t accept that then you’re gonna have some problems,” said Frank Foster, former owner of Jay’s Cafe. “But my footprint is still here, it will always be here. So you can’t ask for much more than that.”