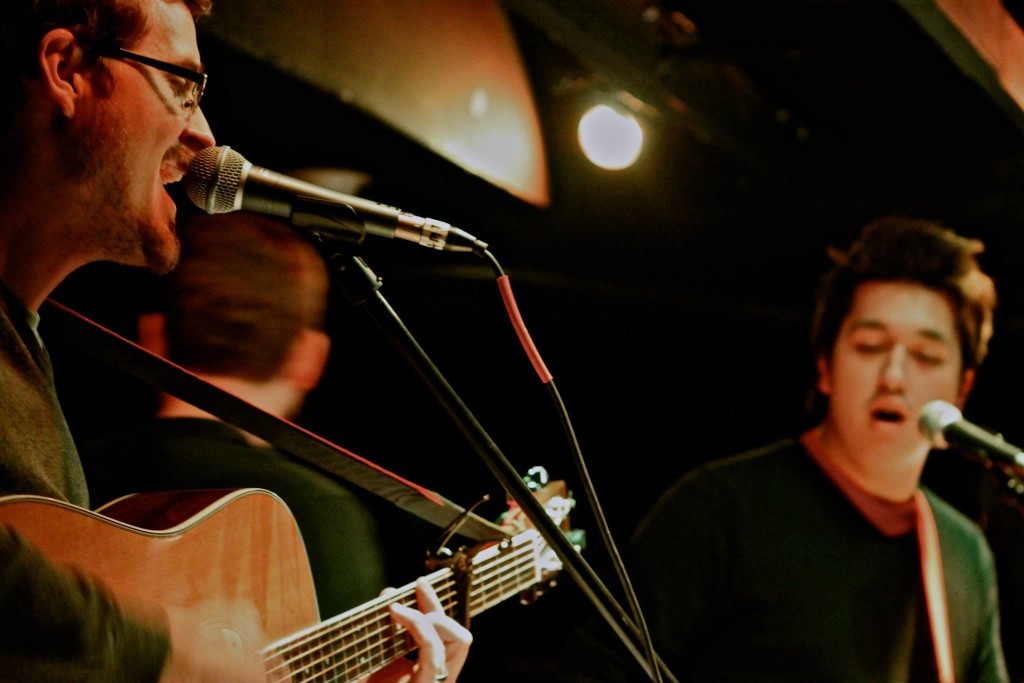 Electronic music can often come in a form that is super slick and processed, which, for some, can strip the humanity out of it. What’s seldom articulated in those moments are the microscopic tempo or key changes that account for the human element in music; a drum machine is mechanically precise, but a person is measurably less so. It’s that balance between the mechanical and the organic that Kaleidico handles with such remarkable precision, and, in doing so, they’ve created something that is both modern and approachable at the same time. The brainchild of musician Matt Moore, the band has grown into a quartet who just released their most recent album, “Zoetic,” for free via their Bandcamp page in late May.

The move from solo project to full band was inevitable. In 2010, Moore began to assemble people — some friends and acquaintances — until he had a full unit to support his vision. Still, the band is a collaborative effort despite their roots. “Kaleidico remains my own recording project during the compositional stages,” Moore says. “It becomes more of a collaborative effort once the songs have been written and we’re trying to figure out how to perform them live, which is typically no easy task. Had it not been for these guys, I don’t think Kaleidico would exist as a live thing. It’s incredible to play alongside my best friends, who have put in a considerable amount of long hours to make our live show what it is.”

Moore’s process is critical to the big picture. Their first album, “Free Falling Waltz,” was more a collection of songs than any longform structure. With the new album, Moore focused on approaching things different and changing his technique to fit the overall theme.

“I wanted things to be more cohesive, with new soundscapes and production techniques I’d never mess with,” he says. “I was also going through a small phase of writer’s block, so I stopped songwriting on the guitar and shifted focus to the keyboard. I got obsessed with the Rhodes piano and I think that’s what sonically shaped the overall sound of ‘Zoetic’ the most.”

Why give away something that you’ve worked so hard on? It’s a difficult question in 2015: How do you make it as a band?

“We’re a small band from Louisville,” he says. “In all likelihood, we’ll probably never make it out of this city. Now, I’m not saying that I don’t believe in what we’re doing, because I do, but it’s just an extremely crowded industry. Knowing that, why would I want to put an obstacle in between the music and our listeners? As any local band knows, building your audience is objective number one and I don’t want anything getting in the way of that. Now what I’ve really liked about Bandcamp is that we were able to set the price of the album to ‘Pay what you want’ ($0 and up). That way, fans can pay what they feel the album is worth, or more importantly, what they can afford.”

Still, there are certainly benefits to reaching the broadest possible audience. Moore remarks about the virtues of the digital world that “the Internet has opened avenues that otherwise would have been out of reach. We’ve had ridiculous chats with Freddie Prinze Jr. about our new album and have had people listening from several different continents who otherwise never would have known who we were. As a whole for the industry, it seems to be a double-edged sword. There’s somewhat of a level playing field now, where bands can easily get their music online, most of which they’ve recorded on their own. That being said, it’s also much easier to feel like just another name in a sea of bands.”

As such, a lot of bands live or die on their live show. Kaleidico has a different definition of success though, privileging quality over anything else, and they strive to put on a good show for the sake of it being something they’d want to see. “I’d say for some bands, consciously crafting an image, wearing stage costumes and putting on some sort of persona works,” Moore says. “But, Kaleidico’s image, whatever that is, works differently. Because the music is created first, our videos, art and stage set up are built around it. Each individual element should stand strong on its own, but, more importantly, they should support one another to help create a cohesive machine.”

You can see them in action this Saturday at Headliners as part of the Louisville Psych Fest alongside a host of other bands like The Hot Wires, Dream Eye Color Wheel, The Wrists, Black Birds of Paradise, Parlour and more.