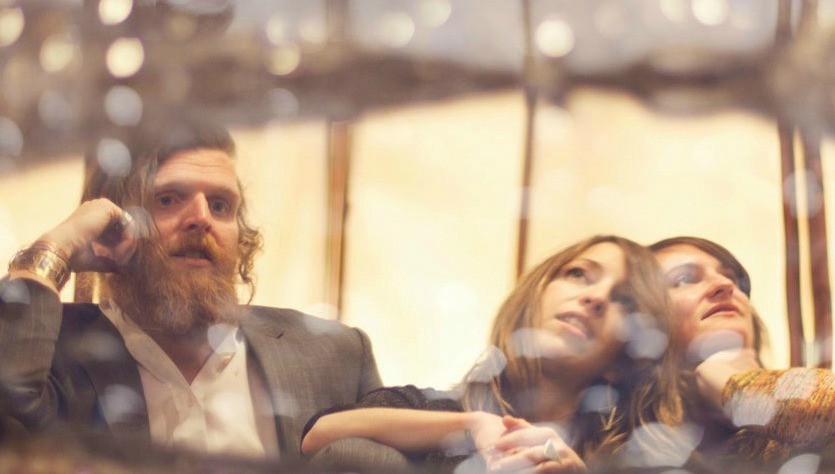 An institution now for the last several years, Poorcastle has taken on a life of its own. It goes without saying that the event exists in contrast to Forecastle, the yearly festival now held at the Waterfront Park, which has grown from a grassroots, Louisville-centric weekend of music, to a money-making business loaded with big-name, nationally-touring acts. Co-founded by Shaina Wagner, Butch Bays, Kevin Gibson and Adam Crowhorn — all on-air hosts at Crescent Hill Radio — Poorcastle has grown into a celebration of Louisville music and culture that serves not only as a primer leading up to Forecastle, but a fertile ground to hear some of the best music Louisville has to offer. We caught up with the founders for the backstory.

Shaina Wagner: Poorcastle initially started as a joke made by Butch Bays while live on-air during his Crescent Hill Radio weekly broadcast, ‘Flies on the Wall,’ with Kevin Gibson. Since many of us were too broke to attend Forecastle at the time, he suggested we start ‘Poor’ castle. My co-host, Adam Crowhorn, and I were in the studio and immediately knew we had to make it happen, and could utilize our connections within Crescent Hill Radio to reach out to local artists to participate. We think of Poorcastle now as a precursor, or a local gateway building up to the big Forecastle weekend.

Kevin Gibson: Poorcastle was a joke. Butch Bays, a co-founder, e-mailed me one day and had an idea for a festival that ‘regular’ people could actually afford with bands that Forecastle would likely never acknowledge. He had a fake lineup including our band, the Uncommon Houseflies, as well as some of our friends’ bands like Tall Squares and Phourist & the Photons. Later that evening, on our Crescent Hill Radio show, we talked about it. That’s when Shaina Wagner and the guys from Tall Squares first heard it, and they said, ‘Oh, we’re going to do this!’ So we did.

Adam Crowhorn: Poorcastle was, from its inception, a ‘festival for the rest of us.’ Louisville is a great city with some amazing musicians, artists and local vendors. We wanted to create a platform for these people to come together that was also affordable for any budget.

Butch Bays: The spirit of Poorcastle is uniting artists with music fans in an idealized and uncomplicated atmosphere. Low cost, friendly and fun. ‘Where the have nots shall have and the unfortunate shall indeed find fortune,’ as we say at the beginning of each festival.

Crowhorn: This being the third year, we have seen it grow from one day to three, and from 12 bands to 33. We were astounded by the number of bands submitting to play this year. It’s the first year we have had too many submissions and could not fit them all into three days. It saddens us to have to turn any of them down, but the surplus of fantastic musicians makes us feel so lucky to live in this city.

Wagner: The most difficult part of festival planning for me is turning bands down, and this is the first year we had to turn down a significant amount of submissions. After the first year, we’ve added an extra day to the festival to allow more acts to participate as awareness and submissions increase, but this year it just wasn’t possible to accept them all. Submissions are still coming, though we had to stop accepting them months ago, because there’s just not enough time in the weekend for the amount of talent we have in Louisville.

Wagner: We love beer and Apocalypse loves supporting the community. Kevin and Butch actually fostered that relationship. Bill Krauth and Leah Dienes have been absolutely incredible in working with us. Apocalypse Brew Works actually has live music and events going on year-round. The space really works for Poorcastle — it’s fenced in and there’s beer.

Bays: We befriended Apocalypse Brew Works through local author and co-festival founder Kevin Gibson whose band The Uncommon Houseflies is a regular feature of the brewery’s special events. It just had the right feel in our opinion to host our street smart and street level event. They have been a great host and have become an integral partner. The decision to locate there was probably the best we have made as a festival.