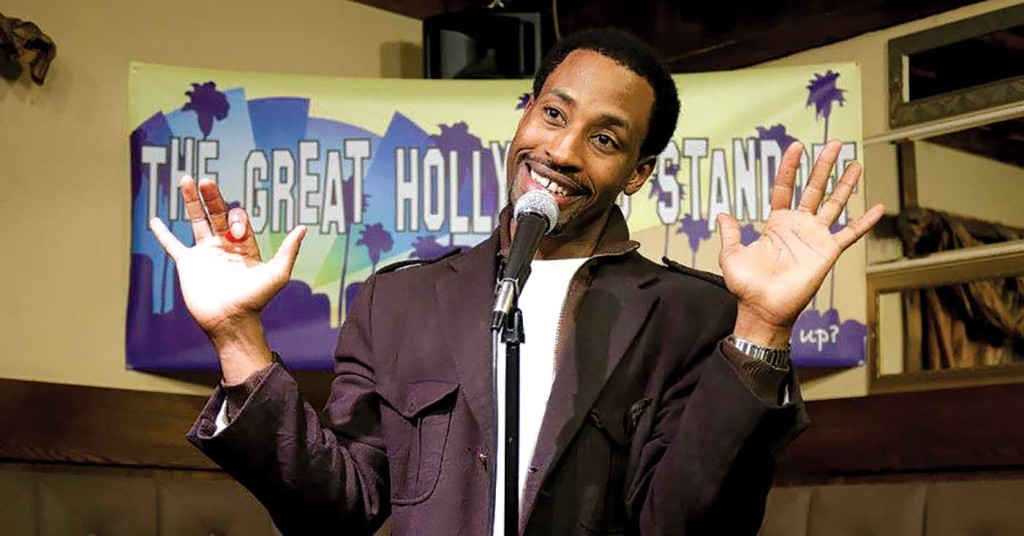 Dwayne Perkins defies convention and stereotype. With caustic wit, he makes indirect social and pop-culture commentary with such fluid nuance, you hardly even know it’s happening. To say he’s clever would undermine the intelligence he weaves into his material, which has gotten the notice of industry giants like Marc Maron. Perkins co-hosts a movie-themed podcast with friend and comedian T.K. Kelly called “Movie Night” and has written a book called “Hot Chocolate for the Mind.” Perkins will be performing in Louisville at The Laughing Derby all weekend.

LEO: Who are your influences?
Dwayne Perkins: I, like almost all other comedians, loved Richard Pryor and [George] Carlin. Listening to them made me not just want to be a comedian, but be a better comedian, and to be a comedian that never stops getting better.

LEO: It’s funny no matter the comedian, black or white, clean or dirty, man or woman, those two names pop up almost universally. Why do you think that is?
DP: They were genius. There was nothing before them, and there’s been nothing since them. I mean, obviously there was Lenny Bruce and guys like that, but Pryor and Carlin changed the landscape of social commentary in America. Pryor was talking about it through the graphic nature of his own experience, and Carlin was looking at it through the lens of society’s ignorance. And the way he used words, it was the closest I have ever seen to poetry in comedy.

LEO: When did you know you were going to be a comedian?
DP: I always kind of wanted to be a comedian. I saw those guys on TV and stuff, but it didn’t dawn on me for a while that what they were doing was a job. Like, it was something you could do … for a living. My guidance counselor never mentioned comedy as a career. I knew early on I was hooked, but it’s hard to know when you decide anything is your career. It just seems like with anything after a while — I’ve been working in hotels or as a mechanic — I guess this is what I’m doing with my life.

LEO: Marc Maron’s show is brilliant. Is it intimidating to be a guest on that show?
DP: Marc is so smart. He is such a brilliant guy. And that’s the thing — I’ve been on his podcast before, as well — and he changed the game for all of us. He blazed a path so that we can circumvent the system now. You don’t have to be hitting the road 300 nights a year anymore. You don’t have to have a TV credit to get booked anymore. He tore down the walls, and we’re all benefitting from it.

LEO: What’s been your favorite movie of the summer, so far?
DP: I would say “Inside Out,” the cartoon. That was actually really, really good. It was so intricate and had such a great story.

LEO: Is there a chance you might write another book?
DP: I am. My first book was a collection of my blog entries, and I only used half of those, so technically I do already have another one there. I’m writing another book with a guy I’ve collaborated on some scripts with called “Zombie Run.” We’re halfway through that
now.