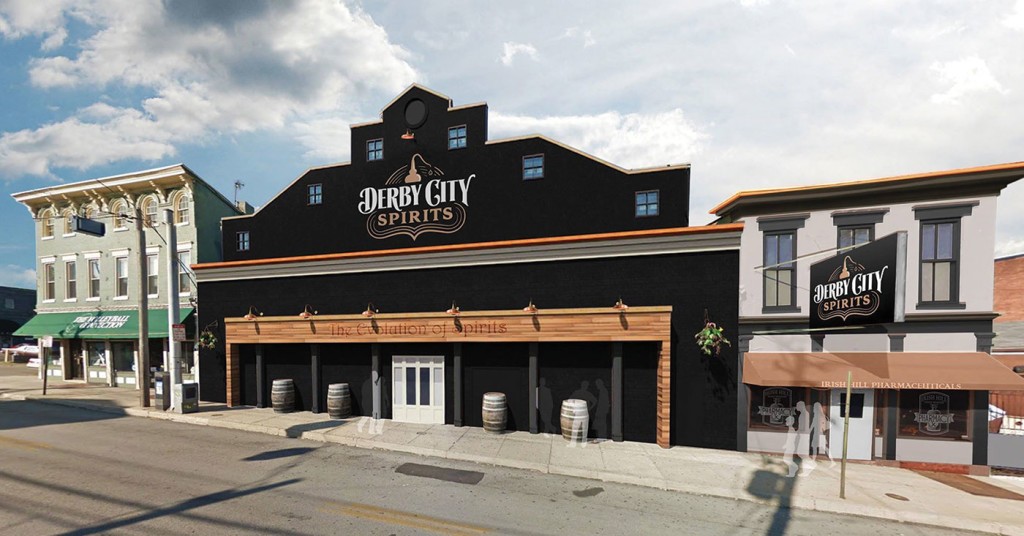 Buzz is a good thing (especially when you’re talking about getting your buzz on) and a new local distillery is getting some well deserved buzz leading up to their Forecastle launch.

The company, located at 436 Baxter Ave. (formerly the home of classic music venue Brewery Thunderdome), was founded by Jay Blevins and Harrison Hyden. They have the most state-of-the-art technology, in one of the most historically reverential parts of town, making an inherently cool product.

“We call it the evolution of spirits because we’re not trying to follow tradition. We want to take our spirits to the next level.” Brand Ambassador, Michael Carbonne said of the company’s product.

Derby City Spirits as a name may not sound familiar to you, but that’s mostly because they aren’t behind bars and on liquor store shelves yet. But the company plans to make a big splash this weekend, being the exclusive rum and tequila provider for all of Forecastle Fest. “Forecastle is a local festival and they wanted to keep as local as possible,” said Hyden, co-owner and the master distiller for Derby City Spirits. The honor of being so highly featured usually goes to more well-known brands like Smirnoff or Bacardi at other well known festivals, due to those larger companies having almost inexhaustible promotions budgets that allow them to buy into or sponsor such high profile events. Promotional funding is always an almost insurmountable hurdle for small, local, up-and-coming brands in the shadow of the established household names. “It’s huge for us, it’s going to get people talking about it — and at this point for us there is nothing more important to launching this brand than word of mouth. It’s the best thing you can do with any product. If you can get people talking about it, it’s the best. Plain and simple.”

It is a testament to the quality of liquor Derby City Distillery puts out, but it is also a testament to Forecastle’s inherent desire to remain immersed in the local culture.

While tequila and rum will be featured at the festival, Derby City Distillery also makes vodka, gin and moonshine — all of which will be available in bars and local liquor stores within a couple of weeks of their Forecastle launch. “We’ve been really focused on getting product for Forecastle,” Hyden says of going into full distribution mode (they’ve been working with a local sister distillery while finalizing paperwork), “But we’re growing up. We’re getting more. You have to crawl before you can walk — it’s all just a process really.”

Derby City Distillery is so local they couldn’t help but let the city brand their products for them with their NuLu Bourbon Aged Tequila, Highlands Gin, Phoenix Hill Vodka, Baxter’s Rum and Crescent Hill Moonshine (which comes in unflavored, lemonade, black cherry, grape and apple cider flavors). And when the facility is up and running to Hyden and Blevins’ full vision — they will not only have a distillery, but a store, an event space available for rent and a Moonshine Cultural Center sharing the story of the historical contributions moonshine has made in Kentucky and the nation.