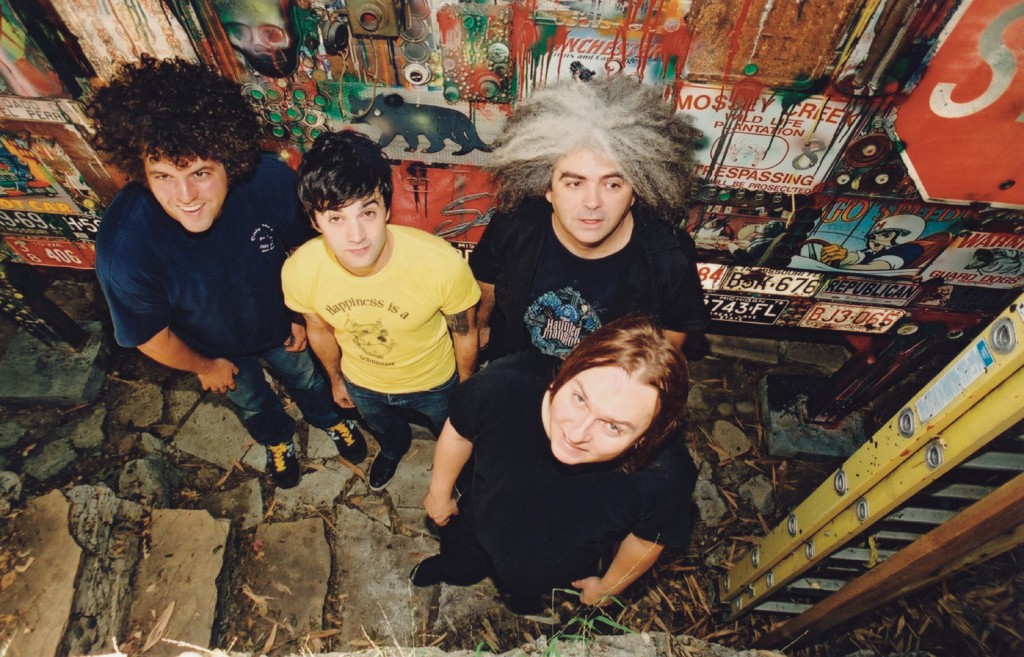 This was Le Butcherettes’ first Louisville show, which I’m sure left an impression on those who didn’t know how insane Teri Gender Bender is on stage. It’s in her name to dismantle gender norms and expectations — that’s why she crab dances across the stage and moves like she’s playing a sadistic game of charades. With Teri, it is the norm.

The band dressed head-to-toe in apple red ensembles, Teri wrapped in matching red tulle and stockings. Opening on a raw note with “Burn the Scab,” the eight-song set displayed Le Bucherettes over the years. “Demon Stuck in Your Eye” continued reference to “Cry is for Flies,” leading into a new-ish song, “The Devil Lived,” a frequent of their setlist which makes its album debut on the forthcoming “A Raw Youth.” They wrapped up with the classic headbanger “Henry Don’t Got No Love” and Melvins followed promptly after. I was grateful, hoping to forget the clueless hack standing next to me who described the intermix “Bitches Brew” track as “smooth jazz.”

The leader emerged wearing his signature full-length gown, this one embellished with patterns of metallic eyes, his face appearing healthy and awake. Crover took his seat behind the kit and eased the band into opener “Hag Me” of the unmistakable “Houdini.” The space took on an especially heavy air as the darkness clung to their presence, like magnetic dust. “The Water Glass” followed, bridging the time gap for “Captain Comedown,” a new song from their split EP with Le Bucherettes called “Chaos as Usual.” By this time, the incredible bass was shining from Jeff Pinkus, a Butthole Surfer, who has toured with the Melvins over the last couple years. In spirit they covered “Graveyard” and “Moving Back to Florida.” This touring setlist includes more covers than usual. Bikini Kill’s “Rebel Girl” closed out the night, appropriate timing for Teri to flounce back on stage — red tulle drapery traded for glittery red knit — to spit out the lyrics and bodily convulsions that punk rock requires.