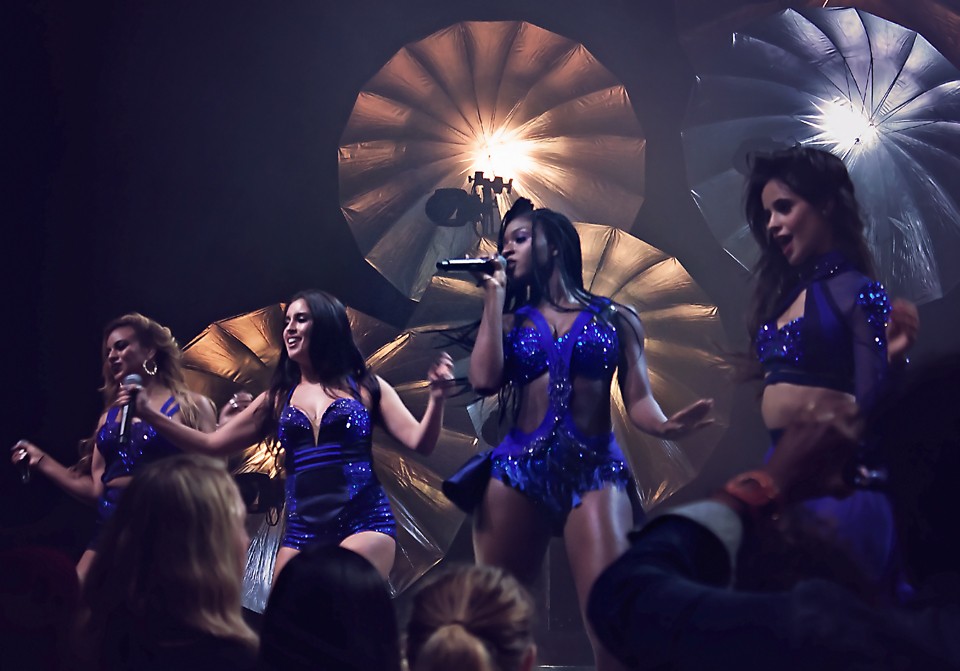 Arriving at the Fifth Harmony show, the first of their Reflection tour, I had a brief delay at will-call while waiting for my photo credential. As I waited, I caught my first glimpse of the group’s audience — giggling hordes of young teens. The people my age were proudly taking photos of their children’s first concert. I imagined these kids were as excited about the show as by their inaugural sniff of independence and camaraderie.

I missed both Bea Miller and Natalie La Rose, two of the opening acts, but arrived at my seat just in time for The Never Ending. The audience recognized singer Debby Ryan from her Disney channel years and seemed happy to be reunited with their childhood mate. The band, a three-piece played a spice-less and safe set which satisfied the waiting crowd.

Fifth Harmony opened their set to deafening screams with their song, “Boss,” that boasts lyrics like, “I want a Kanye not a Ray J,” a reference to Kim Kardashian’s current husband and the beau who helped make her famous. The group is polished and well produced — things that I would typically find irritating. However, I found myself enjoying this show.

Likely much of the music was pre-recorded as it sounded like studio versions but the women of the group can actually sing and there were moments when they showcased their own strong voices. The stage was set with tall video screens framed by large parabolic umbrellas and spotlights. The focus wasn’t on production trickery but the pleasure of the audience.

For the age of the audience, the music of Fifth Harmony seems a bit mature, yet I realized that these are young people on the verge of first loves and first kisses. It is certainly a long way from Glenn Madeiros and Debbie Gibson. Though nothing was terribly inappropriate, except maybe the calls to “make it clap,” there was a moment when my “age” was showing.

The bottom line is, and this sums up the value in good pop, at an age when kids get their first major look at life — for better or worse — happiness is important. Being told that you are beautiful and “Worth It” can actually save a young life.

My takeaway is that no matter what it takes, no matter who tells young people that they matter — be it a pop group or the smiling parents who snapped cell photos of the children on the sly — kids need to know that they have value. Fifth Harmony and their team should be commended for that.