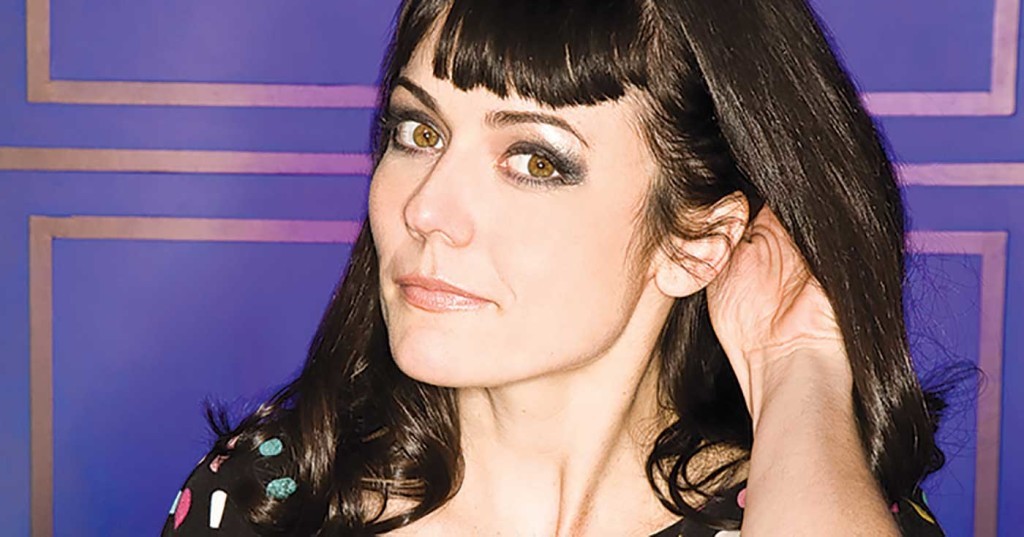 April Richardson is a sharp, witty up-and-coming comedian, with a droll sense of wit that drips slowly off her tongue like honey from a hive. She has shared the stage with Todd Glass, Patton Oswalt and even Elton John, as well as appearing on E!’s “Chelsea Lately” and Comedy Central’s “@Midnight.” An unapologetic Morrissey fanatic, Richardson is making her way around the country, including a stop at The Bard’s Town, on her “Louder Than Bombing Tour.” She took a few minutes to chat with LEO from sunny California.

LEO: Have you ever been to Louisville?
April Richardson: I’m trying to think … I’ve been all over at this point. I’m just racking my brain through the hundreds of times I’ve seen Morrissey, and I don’t think I have been there. So this will be a first.

LEO: Speaking of Morrissey, I love the ode to The Smiths with the name of the tour and the poster.
AR: Thank you! I knew only a select few would get it, but I thought: “This is so perfect, especially with comedy calling it ‘Louder Than Bombing.’” And I couldn’t think of a better way to describe my comedy than “Louder Than Bombing” really.

LEO: Let’s be honest. Morrissey really is amazing, right?
AR: I mean, he’s the best. This tour is pretty much an excuse to go see Morrissey and then do some shows in between. Because right now I’m on tour with Chris Hardwick. I’m his opening act, but he doesn’t have any dates in July, so I was like, “Hey dude, I’m going to go do this.” And he was like: “Cool.” And then obviously he totally made fun of me because I’m going to go see Morrissey like 16 times.

LEO: It seems like he never tours. How have you seen him so many times?
AR: He tours plenty. He probably just canceled when you were going to see him. If there’s meat in the building or he coughs, the show is getting canceled.
I was raised in Atlanta, and I had a hard time seeing him, but since I moved to the West Coast, he plays here all of the time.

LEO: Being from Georgia, does your Southern background contribute to your comedic sensibility?
AR: Yes and no, in a way — because I was born and raised in Georgia, I went to Georgia State University. Except for a few years living in England after high school, I totally lived my whole life in the South. But at the same time, I was really into punk rock growing up — I don’t want to say, “I’m not the typical Southerner,” because I don’t think that exists. Being out here (on the West Coast), people would find out I was from Georgia and would think immediately I’m whatever redneck version of what they think a Southerner is. That really annoyed me.

LEO: Would you rather bomb in a silent room, or a room full of pity laughter?
AR:  [laughs] Oh, God, that’s a real Sophie’s choice. I tell a lot of stories from my life, and I get a lot of pity laughter lately because I got dumped like three times in a row. There’s a lot of, “Awww,” from the audience. I’m like, “I’m telling jokes about it. I’m ok now … you can laugh.”