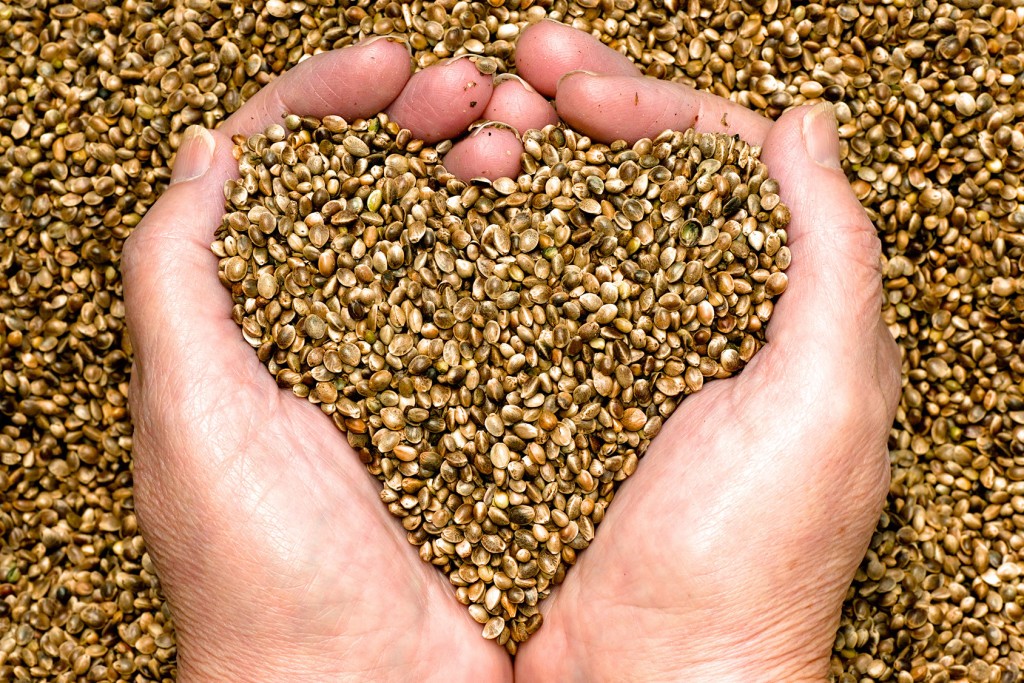 This weekend at Kentucky Farm Fest, there will be the usual celebration of all things Kentucky agriculture, with the addition of a new crop — hemp. Kentucky’s hemp pilot project is harvesting their first year’s yield of hemp and will be at Farm Fest to discuss the potential of hemp and the 1,700 acres of hemp being grown for this project, made possible by the 2014 Federal Farm Bill, which allows state departments of agriculture “to conduct industrialized hemp pilot programs for the purposes of research and development.” LEO called Adam Watson, Industrial Hemp Program Coordinator with the Kentucky Department of Agriculture, to learn more.

On the history of hemp and its legality.
There are several factors. The one that it is often cited the most is that hemp is the same genus or species of plant as marijuana, except it doesn’t contain enough THC to be utilized for any psychotropic effect. So there is no way to get high from it, but federal law makes no distinction between the two. And historically there has been competition in the fiber industry, with the arrival of synthetics there was a lot more competition in the fiber industry so the demand for it started to wane. But ultimately it was outlawed because of its association with marijuana.

On the demand.
Well, there has been a resurgence in demand for natural fibers as more and more companies look at their environmental impact and try to reduce it. So, for example, car companies are looking into using industrialized hemp fiber for the door panels on their cars because companies are looking at these parts in their cars and saying “Can it be recycled?” or “Can it be repurposed after its life as a car part is over?” Questions like that are what’s driving the direction of biofibers.

On misinformation.
Sometimes you will find that industrialized hemp is kind of billed as this plant that requires no care, no concern, no fertilizer, no water. It’s almost this magical quality of a plant that doesn’t need anything. I’ve actually read where people say that hemp can add nitrogen to the soil — it doesn’t — that would mean that it was a legume, which it isn’t. So there is a lot of bad information out there that hemp enthusiasts have promoted that are not biologically or agriculturally correct. Hemp is like any other agricultural plant: You give it the best ground possible, with adequate nutrition and water, and it will do wonderfully. But put it on poor soil, deprive it of the nutrients it needs or the water that it requires, and your yield will suffer. Because of the federal status there has been no authoritative research on hemp. Everything was anecdotal research from people who were traditionally in the marijuana community. So until recently it has never been a serious topic of research or debate in the U.S.

On the ultimate goal of the hemp pilot project.
The ultimate goal of the program is for Kentucky to conduct and gain a knowledge and understanding of industrial hemp, so that its producers, when it becomes legal at a federal level and becomes another agricultural commodity, will be able to have a good research base and information. So it’s research for future uses.

On the current research.
Part of that research is about production and what does that look like for farmers because, as we sit here today, we truly don’t know. I can’t tell farmers, “This is the best way to efficiently grow this as a fiber crop,” or “This is the most efficient way to grow hemp as a grain crop.” We don’t know because hemp has not been a part of modern agriculture for 70 years. Depending on what part of the world you’re in, grain can actually be the dominant use. In Canada, an estimated 90 percent of their agriculture related to hemp is the grain. And the reason is hemp grain is very high in protein and essential fatty acids, so it’s very healthy for you.

On what will be done with the 1,700 acres of hemp being grown for the project.
Well, we are looking into making them into Kentucky Proud products for sale online after the harvest this year because, in the farm bill, there was a small provision of funding for marketing. So it does allow for products of the hemp to enter into commerce. We’re looking at using the oil for health supplements, some of the fiber for the automotive industry, as well as clothes and other materials. It’s still not for major widespread use, but we’re doing research and development so you may see it hit some store shelves soon.