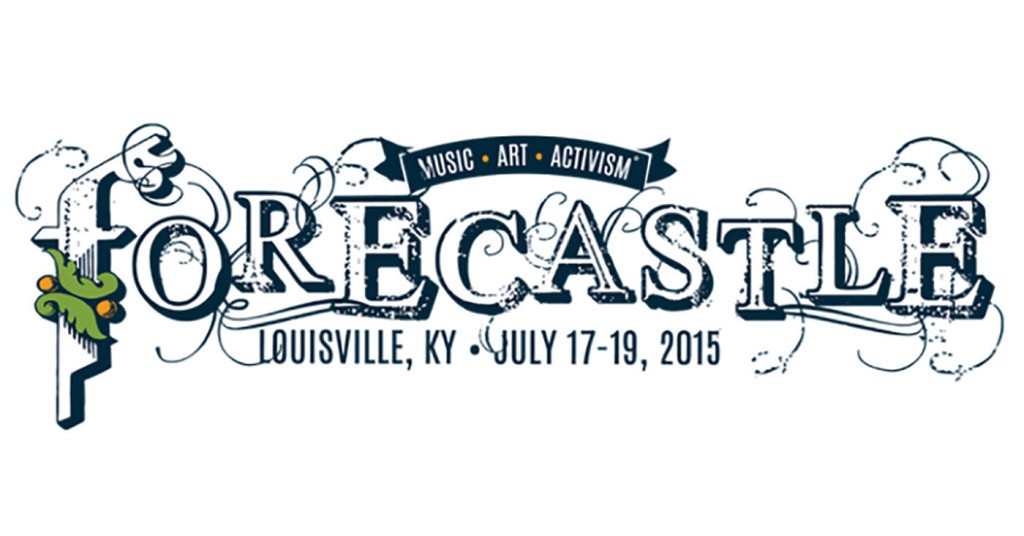 Canadian dream poppers Alvvays are exactly what you’d expect from the great North, a cool, breezy blast with an energy that propels them forward. This is chilled-out indie that never shies away from a solid pop hook and a catchy tune, albeit with plenty of melancholia and angst to spare. There is more than a little country in there too, with some Jenny Lewis influence coming through, the sort of AM ’70s country that never gets too sappy or saccharine. That sort of Americana vibe is filtered through a hazy kind of Joy Division or The Cure kind of thing, with enough delayed-out guitars, driving bass lines and sweet synth work to make Peter Hook blush. Their self-titled record from fall of last year is an awesome and easy listen, and their set this weekend will be the perfect way to relax in between some of the more spirited fare. —Syd Bishop

With a name like Cathedrals, it’s hard to not have a kind of spiritual vibe going on, and they certainly do. The confluence of their influences is remarkable, creating a surprisingly enjoyable blend of nuanced indie-rock guitar work, with the breathy vocals of singer Brodie Jenkins and trap-style drum machine work. Nothing about that kind of new wave gospel meets indie-rock meets hip-hop seems to make sense, but it’s that space that Cathedrals works in so wonderfully and makes their own. That’s what makes them special too, the ability to sound both familiar and unique all the same, and there isn’t much else on the bill quite like them. They mix it up too, between songs that have that very hip-hop energy with others that are quiet piano numbers, which makes for a listening experience that seems both intimate and energetic, but never forced.
—Syd Bishop

Dealing in rough, heavy riffs that are rounded out by a pop awareness and clever, slick leads, JEFF The Brotherhood — a duo made up of brothers Jake and Jamin Orrall — started out when they were still in high school, almost 15 years ago. Dipping slightly into hair metal and Sabbath-style sludge, but standing firmly in contemporary slacker fuzz, the brothers burn through rock music that is equal parts attitude and ideas — the former coming in an avalanche of power chords, feedback and confident, yet aloof vocals that seem like they couldn’t care less what you think about them; the latter coming in how they fill space with screeching leads and a barrage of psychedelic, eccentric qualities. There’s even some flute solos from Jethro Tull’s Ian Anderson on their new record. They sound like a royal rumble of rock giants from the last 50 years. —Scott Recker

Dreamy and murky, Lower Dens is fronted by Jana Hunter, whose poignant and chilly vocals add piercing depth to their ambient, reverb-heavy sound. With a sort of calm intensity like the weather right before a storm, Lower Dens has some ominous qualities, but they also make you tap your foot in rhythm to a driving beat and vortex of strangeness. They are one of the first bands to play on Saturday, which is all the more reason to get up early and not waste away this lineup. —Scott Recker

This has been a big year for the good doctor, who has seen the release of not only his excellent and largely instrumental “Frenemies w/ Benefits,” but also the recent “Page of Cups” EP that found him collaborating with emcee Touch AC. Dr. Dundiff petitioned hard to play Forecastle, with a series of videos aimed at illustrating the dearth of Louisville hip-hop in this year’s lineup. Rest assured, Dundiff is going to honor that promise by bringing all of his rowdy friends up on stage to join him, which from the looks of it includes the aforementioned Touch AC, Skyscraper Stereo, 1200 and Jalin Roze, to name a few. Dundiff’s set — his last before leaving for L.A. later this summer — is sure to bring out all the best in Louisville hip-hop, and given the quality of his craft and the musicians that he surrounds himself with, will no doubt be one for the books.
—Syd Bishop

The Word, a supergroup that carries on the scared steel tradition, a style of gospel blues that has been a mainstay in Pentecostal churches since the 1930s and emerged into the mainstream music scene during the last two decades, thanks, in a big way, to the members of this supergroup. Pedal steel prodigy Robert Randolph, all three members of the integral North Mississippi Allstars, along with keyboards wizard John Medeski make up The Word, creating some of the most idiosyncratic jam music in decades. They weave around each other like The Grateful Dead, breathe new life into music that originated before World War II and sound like the future. —Scott Recker

There is a lot to like about Twin Limb. Expanded now from a duo to a trio, the band makes music that is ephemeral and hauntingly beautiful. That they can make such a big sound with as stripped down and specific of instrumentation as they do is a testament to their prowess as songwriters and performers. By and large, Twin Limb started off as an accordion and drum duo, with both players sharing vocal duties; the new member seems to play guitar more often than not, which is amazing in rendering the guitar as the novelty here. There is a delicacy to the music that is especially moving, an almost fragile airiness to the vocals and misty quality to the music that permeates the atmosphere like sunlight filtered through thick fog. For fans of Low or Codeine, this is the new slowcore and it is a thing of unmitigated glory. —Syd Bishop

If any band is determined to kick out the goddamned jams, it’s White Reaper. For a band whose currency is blistering punk riffs and pop hooks, they have an undeniably infectious groove that has a lot of us at the LEO ready to jump bikes off ramps or go off the high dive with a tall boy. In so many ways, White Reaper are a summer break made into a band, making music that is catchy as all hell. And they put on a pretty righteous live show too, which, if you’ve heard their amped up, Ramones-inflected tunes, it’s super easy to believe. This is a big week for the band too, as their new record “White Reaper Does It Again” drops this weekend, so look for them to be in rare form. —Syd Bishop

Last year, Wilco leader Jeff Tweedy and his son Spencer started a garage-folk side project. In some ways, the duo stays close to the elder Tweedy’s smooth and subtlety psychedelic sensibilities that have encapsulated him for the last decade, but Spencer adds some teenage grit into the equation, with heavy hands and what often seems to be a tendency to speed things up. They have one record, last year’s “Sukierae,” but, according to recent set lists, you can expect them to weave in some Wilco tunes, the Woody Guthrie covers from the “Mermaid Avenue” series and even some of Jeff’s older stuff with Golden Smog and Uncle Tupelo. —Scott Recker

A band that works within very few borders, Portugal. The Man can cast out oddball MGMT-style trippy pop, unfiltered grungy punk and booming, classic-leaning rock, oftentimes within the same song, which, of course, makes them their own beast. They take singer-songwriter roots and twist them into a big, limitless ball of energy, which should translate pretty well to a festival’s stage. What makes it work is how catchy it all is. No matter how weird it gets, there’s always an underlying element that keeps everything on track. It shouldn’t be a surprise that Danger Mouse produced their last album. —Scott Recker