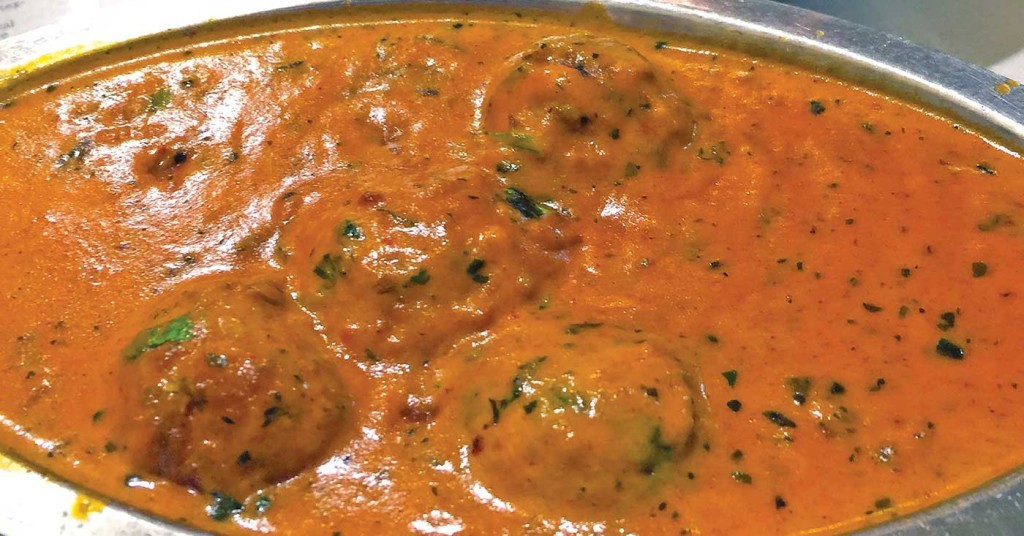 India! To Western eyes, it is one of the most exotic of lands. India seems very far away, and yet it is strangely familiar in ways that draw us in. In your mind’s eye, think about the Taj Mahal in moonlight: Those  shimmering white marble domes look like nothing you’d ever expect to see in Louisville, yet its strangely compelling beauty transcends time and space.

India! Land of languages, cultures and beliefs that are strange to us. Land of fiery foods that scare us. Some of us, anyway.

But familiarity breeds, well, friendship, and if we make an effort to get to know India, we find it’s not as different as we think. Even India’s primary languages stem — through Sanskrit — from the same ancient Indo-European languages as all the languages of Europe do, including English.

Not only India’s languages, but its DNA and some of their basic folkways remain connected to us, however distantly. There’s good reason why Buddhist enlightenment and Hindu karma don’t seem that alien to Westerners, and have fascinated figures like Thomas Merton and the Beatles.

But, you say, isn’t the food strange and scary? Well, it did take Louisville a long time to warm up to it; only a few tried, and none stuck, until Shalimar came along in the ’80s, followed by Taj India and Kashmir. Now we’ve got a dozen, and I hope they all live long and  prosper.

I love Indian food, and responded to that affection recently with dinners at a couple of Indian spots that I had earmarked for return evening visits: Kashmir, one of the local Indian pioneers, and Shandaar, the most recent Indian arrival.

Right at the start, let’s be clear: Both meals were good. But the details in each case somewhat up-ended my expectations. A buffet lunch last year at Kashmir had been a little better than so-so, with the limited service that one needs or expects at a buffet. Our recent lunch at Shandaar had been remarkable: buffet fare that ranged from very good to outstanding, with a level of table service that I’d have expected from a fancier meal at an upscale dining room.

In our more recent visits, though, Kashmir’s dinner selections were very good and consistently so, but service — as I’ve regretfully come to expect at Kashmir — ranged from seemingly uninterested to marginally sullen. A language-barrier issue? Perhaps. But I’m sorry, folks; smiles speak a universal language, and frowns do, too.

Shandaar, in contrast, brought  courteous and competent bilingual service to our large group’s oversized table, and the food certainly wasn’t bad. But several of the dishes fell short of the “wow” factor that we had enjoyed at Shandaar for lunch, and one or two dishes were frankly disappointing. On balance, it’s still fine, and I’d gladly go back. But I would like to see Shandaar’s kitchen kick its consistency up a notch.

Shandaar’s 50 main dishes top out at $15.99 for the non-vegetarian Thali (sampler platter); a couple of lamb and seafood dishes are $14.95, and most entrees are in the lower teens; most of the meatless dishes are under $10. Kashmir’s price range is almost identical, but there’s an even broader selection of nearly 90 main courses.

Accommodations are comfortable at both. Shandaar looks shiny and modern, with just a glimmer of cognitive dissonance in that the former occupant of the space, a lavish Chinese buffet, gave it a  glitzy Hong Kong look. Kashmir is well-kept, but basically its bones remain a century-old Highlands family home.

A few quick highlights and lowlights: Kashmir particularly impressed us with Malai Kofta ($8.99), a half-dozen “meatballs” that would make the Buddha gently smile. They’re made entirely from plant-based goodies and bathed in a warming, not-quite fiery thick red sauce fashioned of cashews, raisins and probably 11 secret herbs and spices.

At Shandaar, a classic Punjabi (North Indian) dish, Channa Masala ($8.95) was suck-in-your-breath good: a simple, heart-warming stew of chickpeas simmered in a thick, moderately spicy tomato-ginger sauce and served, optionally but traditionally, with puris ($2.95 for a pair), a light whole-wheat bread that expands into a crisp sphere in the fryer.

Palak Shorba (spinach soup, $3.95), too, was delicious, creamy and lush, full of the subtle flavors of cardamom and cloves. Lentil soup ($2.95), too, was thick and flavorful. Pakoras ($3.95), crisp-fried veggie fritters served with three colorful chutneys, were delicious. Chicken Korma ($10.95) was full of flavor and prepared medium hot, exactly as requested.

Goat Biryani ($11.95), however, was a real disappointment. An iconic South Indian dish made for a feast or party, this portion was greasy, bony and very short on meat. A few tiny, bony, gristly chunks of goat meat were stirred into something that glumly resembled Chinese fried rice, studded with veggie bits and sprinkled with generic Indian spice. Lentil Daal. too, ordered medium-hot, came out bland with little spiciness.