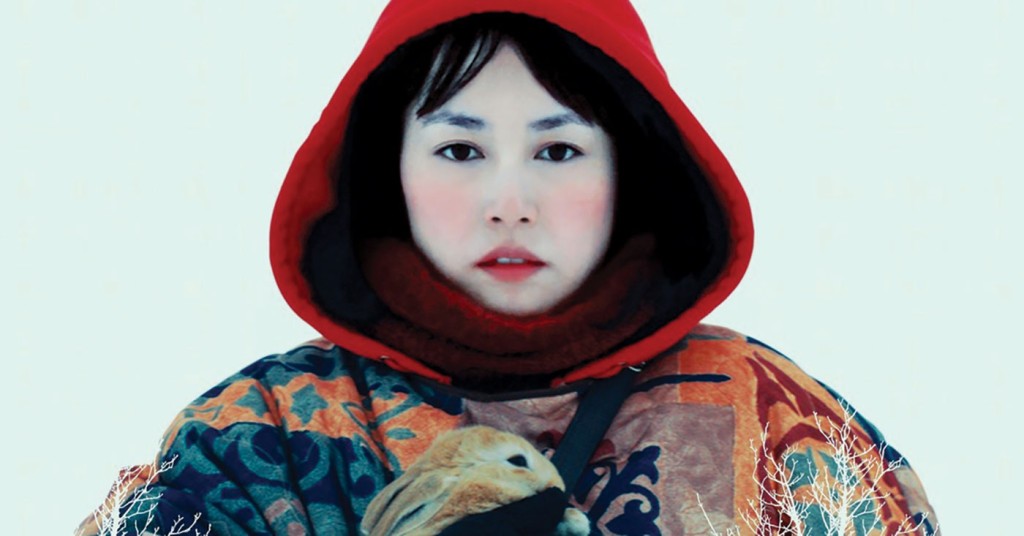 A WOMAN
2010; $9.98-14.98; PG
A nearly-lost effort by Louisville’s least-appreciated actress, Jess “The Good Wife” Weixler, finally finds its way to video. She falls in love with tortured, older writer (is there any other kind?) Willem Defoe, following him to his home in rural Italy. There she becomes obsessed with the life and exploits of his late dancer-wife, sending her down a dangerous, jealous spiral. Frankly, it’s not a great film — largely due to the dramatic restrictions inherent in a PG rating — but Jess is great in it.

KUMIKO, THE TREASURE HUNTER
2015; $23.99-34.99; UR
This wildly original Japanese film remains one of the most overlooked highlights of 2014. Pretty Rinko “Pacific Rim” Kikuchi stars as a bored, lonely Tokyo office drone who becomes obsessed with a scratchy VHS of 1996’s “Fargo.” Completely delusional, she sets off for the Arctic outposts of Minnesota with her pet rabbit, determined to uncover that fabled satchel of buried money. So, what kind of film is this? A fantasy? A love-letter to the Cohen Brothers? A think-piece on our culture’s alienation and deification of wealth? Well, it’s all those and none of those. A tiny original indie drama that deserves to be on your video shelf.

A PLACE TO CALL HOME, SEASON TWO
2014; $37.98-59.98; UR
The unrepentant hit Aussie chick-flick/historical soap-series dives into its second season with more tales of power — seeking it, wielding it and the fallacy of controlling it — in the tumultuous world of post WWII Australia. The maelstrom continues to swirl around supposedly widowed nurse Marta “Jack Irish” Dusseldorp, who mid-season finally reveals her perilous dark secret to George (Brett Climo, “Snowy River”) in one of the oddest Christmas-themed episodes you can imagine. Chaste, three-hankie bodice ripping at its best.

ALL THE WRONG REASONS
2013; $24.98; UR
A no-budget Canadian dramedy about a group of young department store slackers who must deal with the arrival of a new temp. Features the late Corey “Glee” Monteith, nearly unrecognizable in his next-to-last role as the store manager and husband of one of the group (played by Karine “Revenge” Vanasse). He — and they — are definitely the highlight of the movie, which tends to wallow in the darkness of pissing away your youth in a Wal-Mart, a message that cannot be delivered too loudly or too often, has its moments.

DANNY COLLINS
2015; $34.98; R
The life of British folksinger Steve Tilston, as imagined by Pixar’s “Cars” screenwriter Dan Fogelman. Al Pacino stars as the titular ‘70s rocker, way past his prime and committed to the excesses of his heyday, who discovers a 40-year old letter from John Lennon. In it, Lennon predicts Danny’s burnout, urging him to redirect his energies before its too late. But is it already too late? He sets out on a voyage of self-discovery with manager Christopher Plummer and a cast of major babes including Melissa “The New Supergirl” Benoist, Annette Bening, Jennifer Garner, buxom blonde Anne “Poseidon Rex” McDaniels and Aarti “Priya on The Big Bang Theory” Mann.

OF GIRLS AND HORSES
2014; $17.98; UR
This German flick could not have been made in America, centering as it does on the maturation and sexual curiosity of a troubled 16-year old girl (Ceci Schmitz-Chuh), her older teen nemesis/love-interest (Alissa Wilms) and their adult lesbian riding instructor. It’s a coming-of-age story, to be sure, and the youth of the actors is perfectly appropriate to the tale, as is the easy manner in which Sapphic desires are handled. But America treats 16-year-olds as children, criminalizing even the acknowledgment of their developing sexuality. A quiet, simple drama that is chaste and beautiful on every level. Recommended.

THE DECLINE OF WESTERN CIVILIZATION COLLECTION
2015; $34.98-59.98; UR
Three of the greatest social-rebellion/music-as-art docs ever made, now available in a single Blur-Ray set, loaded with bonus goodies! In 1981’s original, filmmaker Penelope Spheeris shocked audiences with her unrepentant glorification of the blistering L.A. punk scene, including such now-legendary acts as the Alice Bag Band, Black Flag, the Circle Jerks and X. Eight years later, “Part II” explored the world of Metal with help from Alice Cooper, Aerosmith, Kiss and Poison. Then, 1998’s “Part III” turned the camera around to examine the music’s “children”: homeless gutter-punk teens in L.A. Alternately glorious, sad, ambitious, trivial and intimate, but never less than powerful and enlightened. An absolute must-own for any music lover.