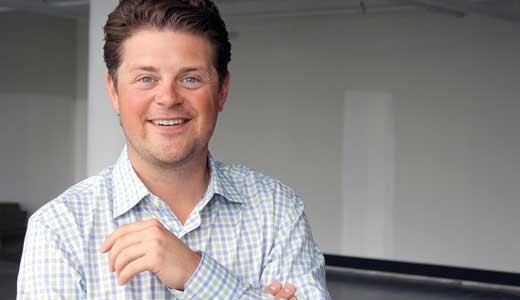 Including over 600 lavish hotel rooms, 225 high-end apartments, 70,000 square feet of meeting space, two restaurants and all sorts of amenities, it will be the third tallest building on the city’s skyline and bring over 300 permanent jobs. Here is the best part Louisville: It’s on a 90-percent-off sale!

The highlight of Mayor Greg Fischer’s 2015-2016 budget proposal, which will be at the center of debate for the Metro Council over the next couple of weeks, is a $105 million bond for a development grant of the Omni, a four-diamond luxury hotel. This is an extraordinary project for downtown Louisville. Yet the real question remains: Is this ultimately a good deal for our community?

It is debatable whether or not this deal makes good economic sense. I happen to think it probably does. However, all of the forecasting and predictions made by the mayor, city planners, Omni developers and myself are all based on assumptions — variables that could change rapidly and are largely out of anyone’s control. That being said, for the mayor, this is a great deal. It is a signature project that he gets for dimes on the dollar.

According to the mayor’s budget proposal, the $105 million bond, plus interest, is going to cost the city approximately $235 million over the next 34 years. However, because of the planned return on that investment, the Commonwealth of Kentucky (Frankfort) is picking up $212 million of that tab, leaving the city with a brand new $290 million project for the low price of $23 million, to be paid off by 2049.

For the city, this is an incredible bargain. So what’s the problem?

For starters, Frankfort is picking up the tab — or allowing the city to retain revenue increases as a result of the project — because our state government has made the determination that it is worth foregoing the $212 million in new taxes in exchange for future revenues. Essentially, it will be worth it in the future.

The problem for taxpayers is that our city and state governments have decided, in sum, to spend $235 million on a hotel development. Whether it comes from our local taxes or state taxes, it is still paid for with our $235 million.The other problem is, this is the definition of corporate welfare. Taxpayers are the ones picking up the tab — subsidizing — investments that should be made by private companies.

This is the same thing that happens when cities build enormous professional sports stadiums. Taxpayers subsidize the building of a brand new, luxury home for the owners of a sports franchise. In other words, a billionaire sports-franchise owner is almost literally pocketing hundreds of millions of taxpayer dollars.

Now, we the taxpayers may ultimately get paid back on our investment. We may even make a profit in a few decades. The question remains: Are we improving the lives of more people by investing that $200-plus million in a hotel development? Or could we improve the lives of more Louisvillians and Kentuckians by investing in human capital? Would a $200 million investment in education improve more lives in the next 30 years than would a property development project?

I got my masters degree in education, so I am admittedly biased, but the thing about education is it has the power of exponential impact. Educating 10 people this generation turns into 20 people the next generation, and more the generation after that. Education empowers people to break the cycle of poverty, which is a chronic illness for much of Kentucky.

Even beyond education, investing in people has repeatedly proven to not only help improve an individual’s life, but further stimulate economic growth (or provide positive return on investment). For instance, the federal food assistance program, SNAP, demonstrated that every $5 in food stamps generated up to $9 in economic activity, while lifting four million people out of poverty in 2012 alone.

How about the more fundamental question: Do we want our government investing in private industry, or in people? Do we want to solidify the hospitality industry in our community, or create a foundation for citizens of this community to pursue their own life’s endeavor?

A budget is a reflection of our priorities. As a city and state, the Omni is an investment in a luxurious, hospitality-industry development. It may turn out to be a great investment financially. Regardless of the outcome, however, what this budget says is that we are prioritizing the development of our downtown skyline, bolstering our hospitality industry, attracting businesses to relocate or start here and enhancing our appeal as a destination for tourism and conventions, over investing in the promise of our citizens, both current and future.

This is a great deal for the city, and the mayor should be commended for bringing the project this far. But it makes me question what we mean by “city” if we prioritize private development before the private lives of citizens.