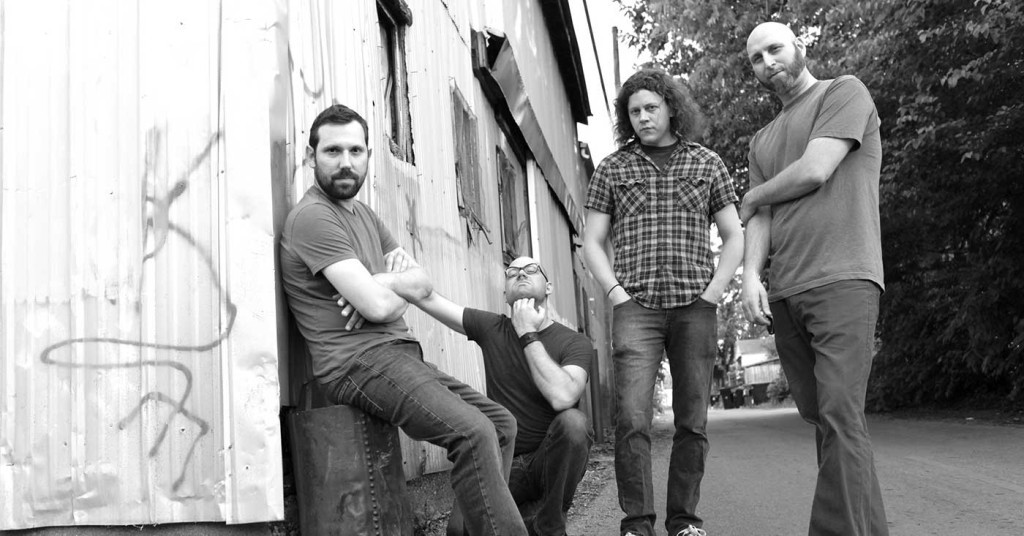 A sinister blues permeates “Phase III,” the aptly-titled third full length from indie rockers Seluah. Sauntering and creeping slowly into your skull, Seluah’s sound seems plucked from a murky noir novel, like the soundtrack to a crime of passion, the weight of too many bad decisions crushing the protagonist in the back of a smoky bar. The album is sublimely lithe, a brooding testimonial to the power of music as a narrative vehicle, one born from more than a decade of performance together.

“There’s at least a bit of darkness in most of our material; we didn’t really set out for this to be darker, but it did end up that way,” he says. “We don’t have a preset agenda when we make a song or a record, but with this one, much of the core was from a score we did to Todd Browning’s film ‘The Unknown.’ And “Anasazi” was heavily informed by my first visit to Navajo country with Andy where I had my one and only night terror. I used that nightmare for the lyrics, and I’m very happy how that song came out.”

He continues, admitting, “I think we’re the most comfortable we’ve ever been together in terms of accepting the fact this record is pretty dark and we’re just going with it confidently without looking over our shoulders.  We’re not the gloomiest guys around, and we like music that’s a bit ‘happier’ sometimes. It just turns out when the four of us play together, it’s generally been that way.”

A band since 2000, Seluah has made some engaging music, with their earliest efforts focused on a quieter approach, like a dub-influenced Portishead, and with their later material exploring more post-rock vibes.

“Seluah formed around late 2000/early 2001 with Hazen Frick on drums originally,” Grimes says. “I was really blown away by seeing and hearing them and had expressed a strong desire to sing with them. We were all good friends who had grown up together and played in other bands together.”

He adds, “By the time we were about to experiment with that in a studio, Hazen left and I became the new drummer/singer on recordings around the time of our first EP. We played, I think, for about two years in that incarnation, but then had some burnout and writer’s block and Andy moved to Los Angeles to start a new job in the film industry, so we quit playing. He just so happened to move back in 2010 directly after Matt, Drew and myself had been playing a bit for fun. He came back, we started writing again and there were two big changes from before. Andy played way more guitar, and I started singing while playing drums, which I just didn’t feel confident doing early on.”

It’s that friendship that has informed the band through to three albums.

“There is a very strong bond, and it would be difficult to imagine changing the particular chemistry we have by replacing a band member,” he says. “I think our sum is greater than our parts, and early on, once I knew Andy was leaving, I had been struggling a lot and I felt compelled to quit as well. But I am so happy that wasn’t the end of the story by a long shot. We fight. We celebrate. We try to keep moving forward and seek out scenarios that stimulate us and shake things up a bit.”

For Grimes, the band’s evolution has been a natural process, filtered through the responsibilities of adulthood. He notes, “Early on, we practiced all the time, but didn’t really perform or record very much. In our second lifespan, I think we’ve been a little more curious and adventurous somehow as we’ve gotten a little older, probably because we don’t take this opportunity for granted as much and have had a little more life experience to draw from. Yet, strangely, somehow we practice less, but have written more, scored a film and made two records. We are still trying to think of new ways to utilize the two-guitar lineup. We have occasionally played live with other musicians and we’ve always had a lot of fun with that.”

As to their future and continued success, Grimes is content in “continuing to find unique venues or scenarios, draw in new audiences and get back out on the road along with making some films would make this year a success in our eyes.”