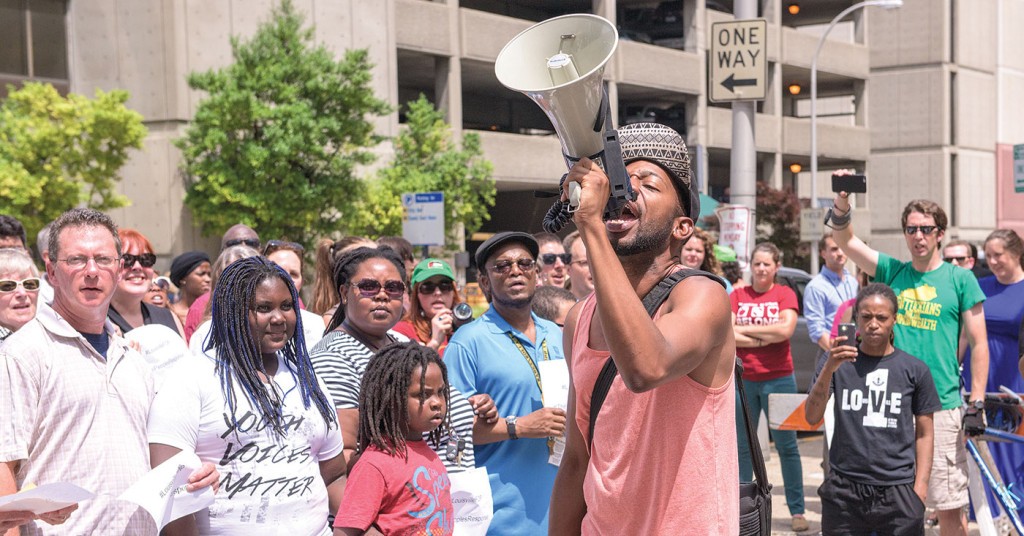 The following 12 demands were listed in a letter posted on the door of LMPD headquarters at Monday’s rally: