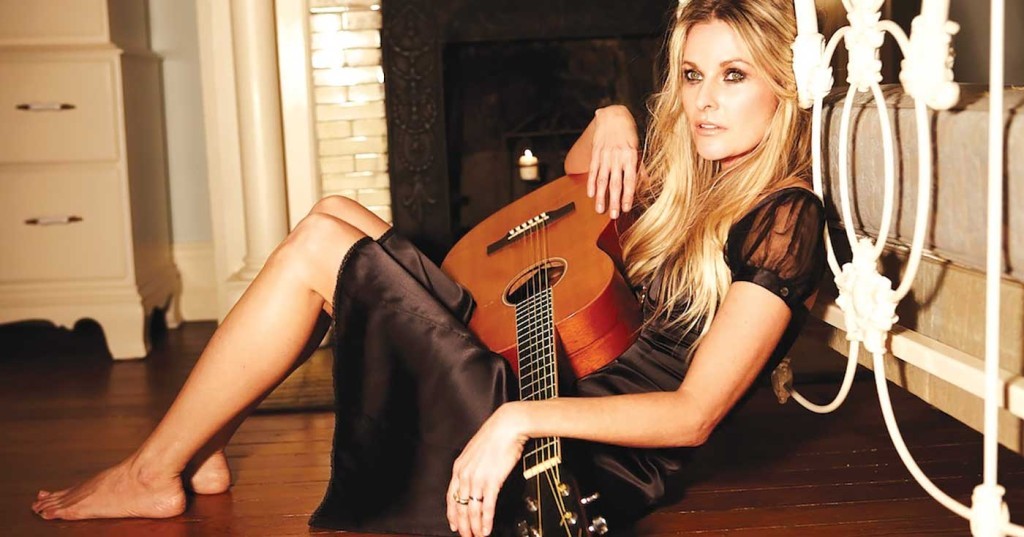 Elizabeth Cook is a country singer with the kind of life and background Miranda Lambert and Carrie Underwood only wish they could sing about. She’s the 11th child of 11 and the only one born to her parents.

“Yeah, 10 half-brothers and sisters,” Cook says, you can almost hear her smirk through the phone. “Daddy had five from a previous marriage before he went to jail; Mama had five from a previous marriage in West Virginia; and when he got out of jail he moved next door to Mama. One day his woman left him, and Mama felt so bad for him, she made him a pot of beans. The rest is history.”

Her father did three stints in prison while running moonshine for the mafia.

“Daddy went to jail for running moonshine. He did two 3s and one 5 but he got out and said they had finally convinced him it was illegal to run moonshine. While he was in there, he got his welding certificate and that’s what he did to support us.”  And her mother was a “hillbilly” singer, as Cook describes it. “She was a pretty serious singer and played around a lot when she was young. She sounded like the pain of all Appalachian women coming through her voice.”

Cook has a casual swing to her voice, and, as you speak with her, her voice becomes so dauntingly familiar that if you didn’t know better you might think you were chatting with Dolly Parton — their speaking voices are eerily similar.

As is often the case, her moonshine-running father and hillbilly-singing mother raised her religious, sort of.

“Yeah, it was an accident, I’m pretty sure,” she says. “I don’t think my parents really intended it. I think they just thought it was a really cheap babysitter to send me to the church to hang-out. I was usually there all day on Sundays, but there was this really great country gospel band that would play for hours and hours, that was the best part.”

It’s a sentimental history that led Cook to have the kind of low-key career many would fantasize about having. She’s released five albums, produced by music legends like Rodney Crowell and Don Was. She has also shared stages all over the world some of country music’s biggest icons, even appearing on The Grand Ole Opry over 300 times.  “People canceled a lot,” she jokes, “and I was in town a lot.”

“I was on a press tour for an album I did in 2007,” she recalls. “And I was at Sirius XM — and they asked me if I wanted a show. I said, ‘No I do not, but thank you.’  I didn’t know how to do that, but they convinced me I should. Now I do it all over the country, from whatever hotel room I’m in on the road — it’s a wee on the under-produced side.”